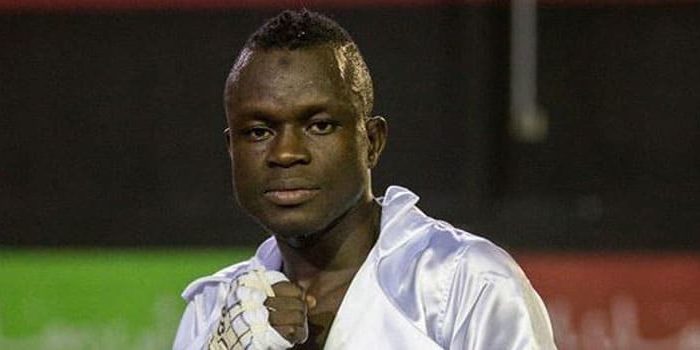 A Nigerian-born boxer, Aliu Bamidele Lasisi, who has adopted United Arab Emirates and Dubai as his adopted home, has put the Arab nation on the boxing map.

Lasisi on Friday night won the vacant WBC International super-flyweight crown, in a ‘The Fight DXB Uncovered,’which drew a packed crowd at the Emirates Golf Club.

The match was televised on ESPN+ and presented by MTK Global, which manages Lasisi.

The 28-year old, who trains at the Round 10 Boxing Club in Al Quoz, came through an attritional battle against 27-year old Nicaraguan Ricardo Blandon by unanimous decision.

According to Khaleej Times, it was a scrappy encounter with Lasisi matched quite admirably by Blandon in each and every round. The 12-round contest ebbed and flowed before Lasisi, who was fighting for the fifth time in Dubai, had a score of 114-111 in his favour, despite a knockdown and a point deduction over the course of the fight.

“I’m very happy to fight in my hometown in front of all of these fans, and I’m pleased to win the WBC International super-flyweight title,” Lasisi said after the bout.

Lasisi also praised his opponent who suffered a gash on his right eye during the contest.

“Ricardo Blandon is a good fighter and was a very tough guy. I thought I would knock him out but he gave me a very good fight,” he added.

The win extended Lasisi’s unbeaten record to 13 wins with eight KOs. Lasisi had turned pro in 2015 and the belt was the culmination of a journey which began with his victory on pro debut over Thailand’s Teepakorn Kongyoui at the World Trade Centre in Dubai.