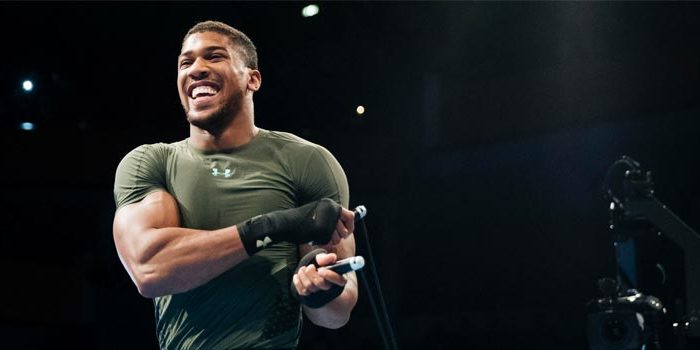 According to Arum, Joshua’s fights against “no-hopers” in the UK have “damaged his credibility”.

He believes last month’s sensational fight between Deontay Wilder and Tyson Fury has overshadowed Joshua’s momentum in the sport.

Fury challenged Wilder for the WBC world title and the two boxers fought to a controversial twelve round split draw at Staples Center in Los Angeles, California.

Wilder dropped Fury down hard, twice in the fight, but there were many who felt the British boxer had done enough to win the fight.

Because of what transpired last month, Arum’s feels that Fury is now viewed as the top dog at heavyweight.

And to the change that perception, he says Joshua must switch gears and start fighting in America.

“In the US if you ask people who the number one heavyweight is, I think many people will say Tyson Fury,” Arum said to BBC Radio 5 live’s Boxing with Costello and Bunce.

Joshua is slated to fight on April 13th at Wembley Stadium in London.

But now there is more and more word circulating that Joshua may change all of his expected plans, and instead face undefeated contender Jarrell Miller on a date in June in the United States, likely at Madison Square Garden in New York City.

Wilder and Fury are heading to a rematch. The WBC recently ordered them to face each other, with a February purse bid set down.