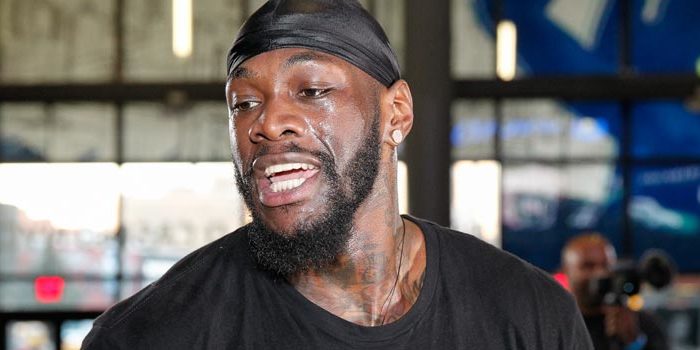 Deontay Wilder believes that by beating Luis Ortiz he has already had the best possible preparation for Tyson Fury. The WBC heavyweight champion defends his title against Fury on Saturday at Los Angeles’ Staples Center in what is widely considered his most difficult challenge.

Those that believe Fury will win do so because of his variety and boxing IQ, but by overcoming Cuba’s Ortiz – a fighter Wilder believes possesses similar strengths – the American insists he learnt how to win against an undefeated opponent who outfoxed even the great Wladimir Klitschko.

Wilder had had to recover from a heavy knockdown before responding to stop the then highly-rated Ortiz in the 10th round, and even if he believes he will have to rely on figuring out Fury on fight night, he told Press Association Sport: “Ortiz is more experienced; he’s been fighting just as long as Fury, if not longer.

“He’s definitely got way more amateur experience – the Cubans, that’s what they do. I’ve got so much confidence – I’ve knocked out the number two guy, and now I’m going for the number three. I’m not going to be denied. It’s just a different height.

“Fury’s awkward; any awkward fighter is going to be a tough fight – it’s one of those things when you just have to figure him out. If it’s with a less awkward opponent you have a grasp of what you need to do to get to him; with an awkward fighter you really can’t think about it.

“You have to get in the ring and adjust. Every awkward fighter – it always took me a long time to get them out of there. This fight has been manifesting for five or six years.”

Wilder had pursued a unification fight with WBA, WBO, IBO and IBF champion Anthony Joshua, and revealed he has contacted his rival to tell him he will rue their inability to agree terms when he sees him fight Fury, 30, on Saturday.

“I told him, you’re going to regret not taking $50 million,” the 33-year-old said. “He said he has a team and they conduct business in a certain way, and I said ‘say no more’. I’ve said what I’ve said, he’s said what he’s said, and he’s going to see.

“The money, the megabucks, is always in America. Ninety-thousand might come and see him fight but that don’t equal the money. He missed out. He can’t make as much money in the UK as he could in this fight. He’s misguided, listening to people who don’t understand the American market.

“I think he’d have taken the fight, because he asked to see where the funds were, the proof, and we did so. The money’s there – they know it. He’s been brainwashed, and feels obligated to show some loyalty. At some point of time, he’ll break.”