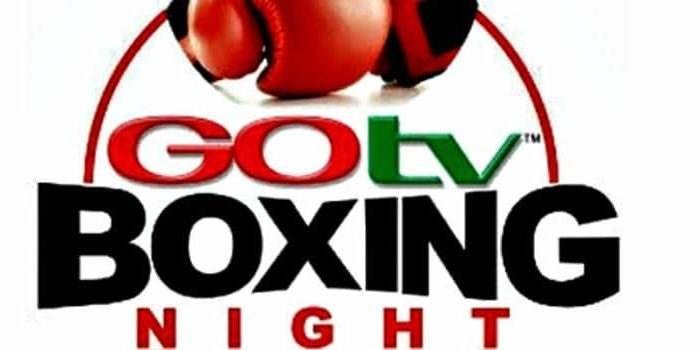 This was announced on Thursday by the organisers at a press conference in Lagos. The WBF Intercontinental super featherweight clash entitles the winner to take a shot at the WBF world title in the division.

The fight is one of the two international clashes billed to take place at the event holding on 28 December at the Tafawa Balewa Square, Lagos.

The second international duel in the eight-fight line-up will see US-based Nigerian Oluwafemi “The Eagle” Oyeleye take on Meshack “Smart Boy” Mwankemwa of Tanzania in a middleweight challenge.

Also scheduled to be in action is crowd favourite, Olaide “Fijaborn” Fijabi, who will face Yusuf Mufutau in a light welterweight challenge contest.

The bantamweight division will see action between the best boxer at GOtv Boxing Night 4, Opeyemi Adeyemi, squaring up with Jamiu Dada.

President of the Nigeria Boxing Board of Control (NBB of C), Dr. Rafiu Ladipo, said the WBF title fight is a sign of GOtv’s desire to put the country back on the world boxing map.

GOtv Boxing Night 17, which will feature live artiste performances, will be broadcast live on Supersport to viewers in 47 African countries.

The best boxer at the event will go home with N1.5million and the Mojisola Ogunsanya Memorial Trophy.

Fans who attend the event will win GOtv decoder in raffle draws.