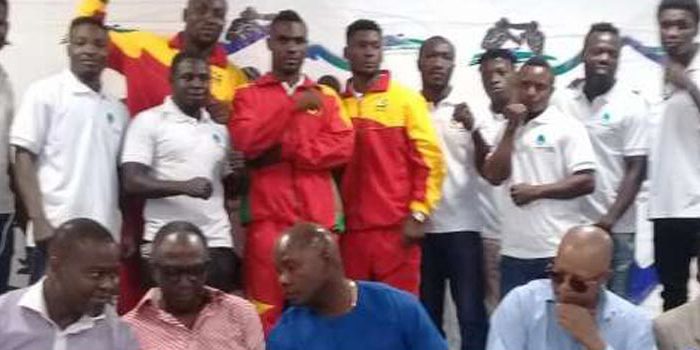 The Bukom Boxing Arena will be the venue for the next Cabic Big Fight Night, on December 24. It would be the third in the series of the Cabic Promotions events and topping the bill would be Patrick Allotey, who would defend his World Boxing Organisation (WBO) Africa Junior Middleweight title against Sheriff Kasongo of DR Congo.

Also featuring is Richard Harrison Lartey, who would defend his WBO Africa Heavyweight title against Morris Okola of Kenya.

The Bukom Boxing Arena would be in the homes of many people who cannot make it to the venue, as the fights would be screened live on Supersport on DSTV and TV3.

Others on the bill, would be Emmanuel Quartey aka Akuffo Addo and Emmanuel Quaye, the boxer from Cabic who is yet to be tested.

The event would be climaxed with entertainment from Papa Row, Abena Randy, Shugar Ranking and Efe Kyzz.

Mr. Ivan Bruce- Cudjoe, Chief Executive Officer of Cabic Promotions said, they were on a mission to give Ghana credible and worthy world champions soon.

He also noted that they were very keen on fighting drug abuse among the youth in Ghana and called on the youth to stay away from tramadol, marijuana, madras, cocaine and the sniffing of glue.

Mr. Bruce Cudjoe, also appealed to sponsors to come on board to promote Ghana boxing and thanked DSTV and TV3 for joining the media partners to cover the match.

Mr. Ellis Quarshie, a Director of Cabic Promotions said, boxing has many rewards and advantages, so corporate Ghana should support.

Mr. J. A. Annan, an experienced boxing official said, there was the need to utilize the Bukom Boxing Arena with quality fights and commended Cabic for their commitment to the sport.