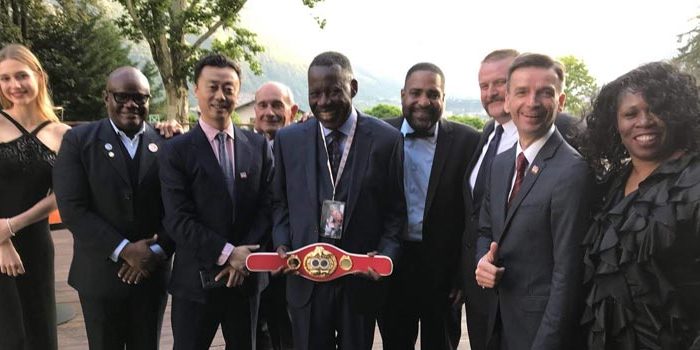 The IBF-Africa’s President and Representative to Africa and the Middle East, Tanzania’s Onesmo Alfred McBride Ngowi, maintained his position in the IBF Ratings Committee.

The IBF Ratings Committee is under the chairmanship of Anibal Miramontes from USA, along with IBF Continental Presidents and USA’s Eddie Cotton, a Board Member who also represents ring officials.

The IBF is managed by the President and Commissioner, Daryl Peoples from the USA, who also chairs the Board of Directors.

Other members and the countries they represent are:

Onesmo Alfred McBride Ngowi calls upon national commissions (boxing bodies) in Africa and Middle Eastern countries to send officials results of their boxing activities so that he can recommend them to the committee. He said without official results issued by national boxing bodies on their letterheads and stamped appropriately, he cannot recommend boxers to the committee.

Under the Chairmanship of Anibal Miramontes, the IBF ranking system is one of the most sought after in the world.