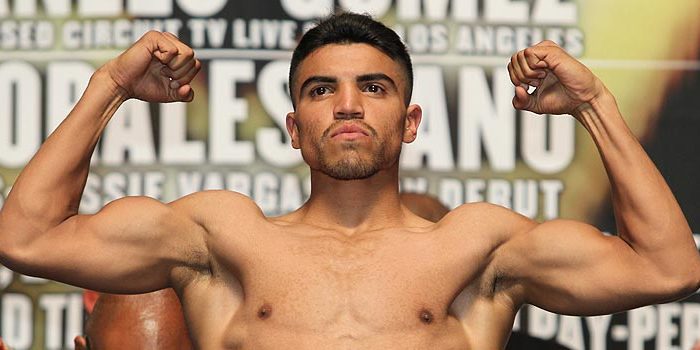 Only days before his scheduled fight on Fox Sports 1, former world champion Victor Ortiz was charged with multiple counts of sexual assault.

According to the Ventura County Star, Ortiz turned himself in to local authorities on Monday, according to information provided to the paper from the Oxnard Police Department.

Ortiz faced a DUI charge in 2016, when he was driving his BMW and officers smelled booze when he was pulled over.

And in 2015, Ortiz faced an assault case – where it was claimed that he was involved in a brawl at the Rose Bowl.

Ortiz has been out of the ring since February, when he fought to a majority draw with fellow former world champion Devon Alexander.

There was some talk of a potential showdown in the coming months with his career rival, Brandon Rios. The feud between the two boxers has been ongoing for several years, and for the first time there are no network or promotional boundaries to prevent the fight from taking place – and they both compete in the welterweight division.

But the contest never came about and Ortiz then finalized a deal to fight friend and former sparring partner Molina.