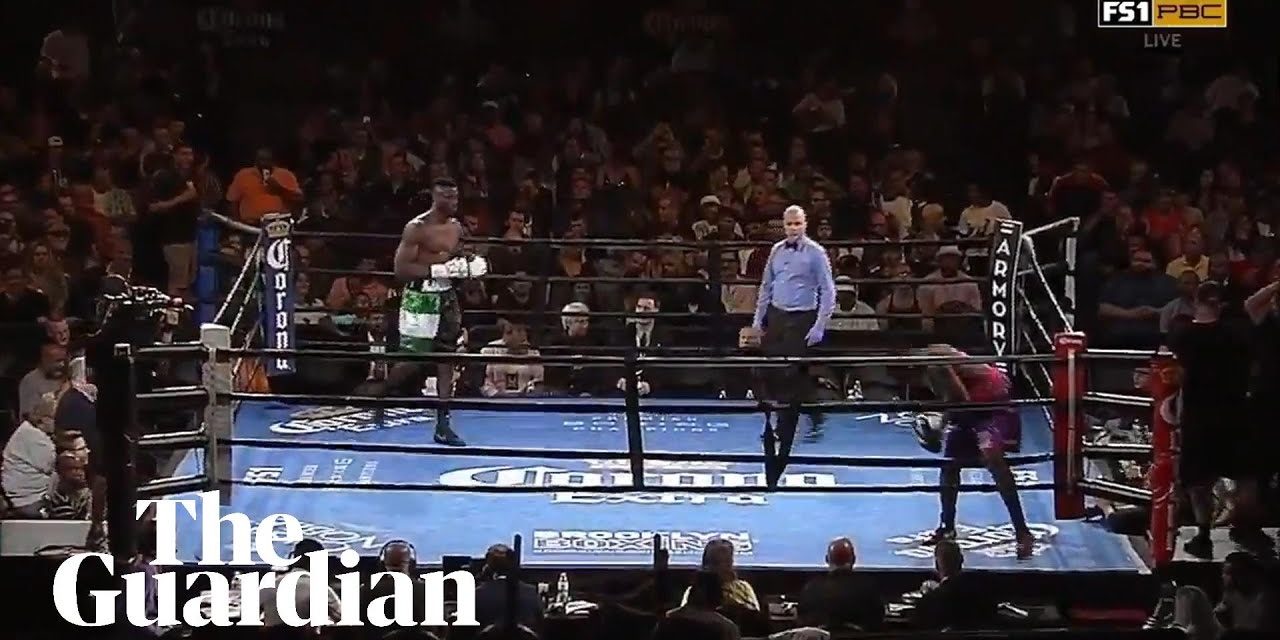 Heavyweight Curtis Harper was on his way to a forgettable career in boxing before he decided Friday night to leave a lasting memory.

Harper, with FS1 cameras rolling in Minneapolis, touched gloves with scheduled opponent Efe Ajagba, heard the first bell and promptly walked out under the ropes onto the same ramp he had just entered, prompting a stunning disqualification that left Ajagba and everyone watching aghast.

Harper (13-6) told a Premier Boxing Champions reporter he was upset over the purse he was going to earn for the bout, but there is also the possibility he wanted no part of the mighty Ajagba, who had knocked out each of his prior five opponents.

“That’s the only reason. He had agreed to the contract,” Ajagba promoter Richard Schaefer said of Harper. “There’s absolutely zero doubt that he saw Efe and probably [soiled] his pants.

“Is he going to tell the reporter he was scared? No, he knew how much he was going to get paid. He had signed the contract. We had a fight, but then the guy … leaves. This was like the ‘Fear Factor.’ ”

“Devastating puncher who can box,” Schaefer said of his fighter. “He was [mad]. He had trained. He wanted to fight. We’ll get him right back in there in the next few weeks.

“He was upset, but I told him this is maybe the best thing that can happen to you. This is legendary. People are scared of him. No one wants to fight him. This is how you break through. Efe Ajagba has arrived, and the heavyweight division has a new star. Who wouldn’t want to watch him fight now?”

Schaefer said the Ronnie Shields-trained Ajagba, from Nigeria, might return on a card in Los Angeles on Sept. 30 at Citizens Business Bank Arena in Ontario headlined by welterweights Victor Ortiz and John Molina Jr.

“We are unleashing a beast,” Schaefer said.