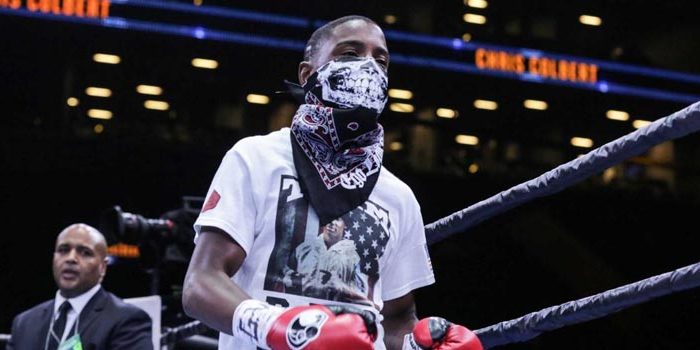 Brooklyn’s Chris Colbert returns to the ring in his hometown to take on once-beaten Sulaiman Segawa in an eight-round featherweight match as he looks to continue his rise up the ladder in the talent-laden 126-pound division. The loaded card is presented by Premier Boxing Champions on Saturday, September 8 from Barclays Center, the home of BROOKLYN BOXING™.

Colbert (8-0, 3 KOs) is coming off a stoppage victory over previously unbeaten Austin Dulay in April and will fight at Barclays Center for the third time on September 8. The 21-year-old southpaw from Brooklyn is one of the most decorated amateurs to come out of New York in recent years and he has gained esteem by showing off his incredible speed and technique so far in his pro career. In his last fight at Barclays Center, Colbert scored a unanimous decision over then undefeated Titus Williams last November, in addition to making his pro debut at the arena in 2015. He will be opposed by Segawa (11-1, 4 KOs), who fights out of Silver Spring, Maryland by way of Uganda. The 27-year-old most recently stopped previously unbeaten Hector Lopez in May.