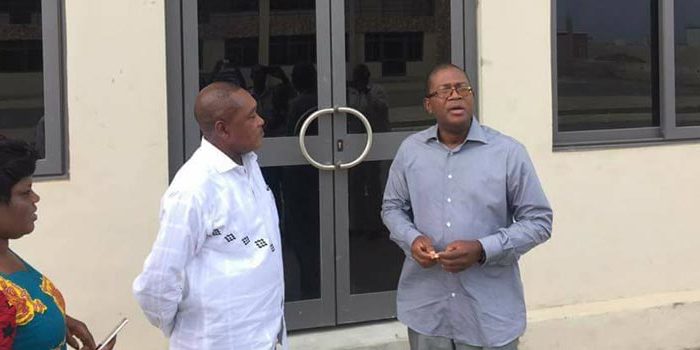 The new Ghana Boxing Authority (GBA) office at the Bukom Boxing Arena would be opened for business on Friday.

A statement from the Communications Department of the GBA said the new office which is inside the Boxing Arena would be the new place to locate the Secretary General and other officers of the GBA from Friday.

It said the office has been fully furnished with seats and air conditioners by the GBA hardworking executive board led by Lawyer Peter Zwennes.

Last week a dress rehearsal took place at the office when former President Moses Foe Amoaning addressed some members of the boxing fraternity on the up coming new Boxing League to be sponsored by GNPC.

He said the Boxing League would involve juveniles (8 years – 16 years), amateurs and professional to keep the boxers always busy and in shape.

The League is going to take place at the Bukom Boxing Arena with 16 clubs in the Greater Accra Region fighting for fame and fortune.

As part of efforts to make the Boxing League attractive, there would be a fashion parade to display Ghana made clothes and entertainment extravaganza with top artistes like Shatta Wale and Sarkodie performing, as well as a food court to display Ghanaian dishes like Kelewele, Kenkey and Fish etc in an after fight party .

According to Moses Foh-Amoaning, the Boxing League programme would boast tourism and offer Ghanaians opportunities in entertainment and business.

After the grand opening of the GBA office on Friday, August 17, 2018, the Fist of Fury Boxing League would be announced.

He called on the media to publicise the Boxing League to encourage the boxers and fans.

Meanwhile, plans are advanced to produce a full colour magazine on the Boxing League, where corporate bodies can also advertise or get their news stories relating to boxing done.

The Boxing League project is being supported by the Ministries of Tourism, Trade & Industries, Youth & Sports.