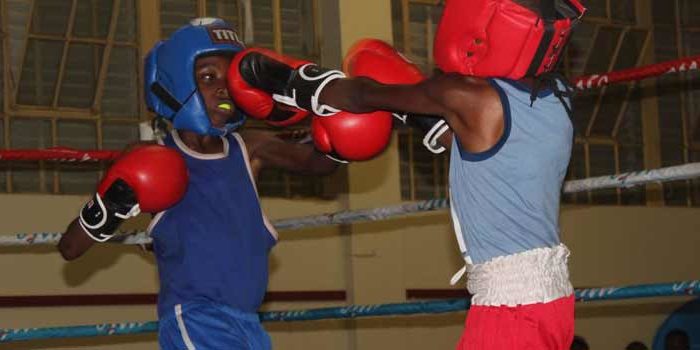 A Namibian team of 28 athletes will be out to emulate their predecessors when the 21st Commonwealth Games start on the Gold Coast, Australia on Wednesday.

But it won’t be easy, as they will be up against about 4 300 athletes from 71 nations and territories who will all be vying for top honours.

Since Namibia’s independence in 1990 they have competed at the quadrennial event on six occasions and have put their country on the map with some admirable performances.

At Namibia’s first participation in Victoria, Canada in 1994, legendary sprinter Frank Fredericks won Namibia’s only two medals – a gold medal in the 200m sprint and a bronze medal in the 100m sprint. Namibia finished 18th overall out of 63 competing nations.

Elizabeth Mongudhi also won a bronze medal in the women’s marathon, while Namibia finished 25th overall out of 70 competing nations.

Namibia’s biggest medal haul came at the 2002 Games in Manchester, England when they won a total of five medals, with the evergreen Fredericks leading the way with a gold medal in the 200m.

In Melbourne, Australia in 2006, Namibia only won two medals, but they achieved their highest ranking after coming 17th out of 71 nations.

Jafet Uutoni became the first Namibian boxer to win a gold medal when he beat Darran Langley of England in the 48kg Light Flyweight final.

In New Delhi, India in 2010, Namibia won one silver and two bronze medals, while they finished 27th out of 71 nations.

Jafet Uutoni once again excelled to reach the light flyweight final, but this time he had to settle for a silver medal after losing a close final to Paddy Barnes of Northern Ireland.

In Glasgow, Scotland in 2014, Namibia once again won one silver and two bronze medals.

Namibia’s biggest medal hopes will be boxer Jonas Junias Jonas, who will be one of the favourites in the light welterweight category and para-athlete Ananias Shikongo who won a gold medal at the 2016 Paralympic Games in Rio.

Namibia’s other boxers are light flyweight Mathias Hamunyela and lightweight Tryagain Ndevelo. Namibia will be strongly represented in the marathon, with six of their eight athletes competing in the 42.2km event.

Helalia Johannes, who came 12th at the 2012 Olympic Games, will be Namibia’s best hope for a medal in the women’s marathon, where she will be joined by Ndeshimona Ekandjo and Lavinia Haitope, while Paulus Iiyambo, Reonard Namupala and Uveni Kuugongelwa will compete in the men’s marathon. Namibia’s other two track athletes are Roger Haitengi in the triple jump and Hardus Maritz in the 400m hurdles.

Namibia’s other competitors are JP Burger in the triathlon and Robert Honiball in gymnastics.