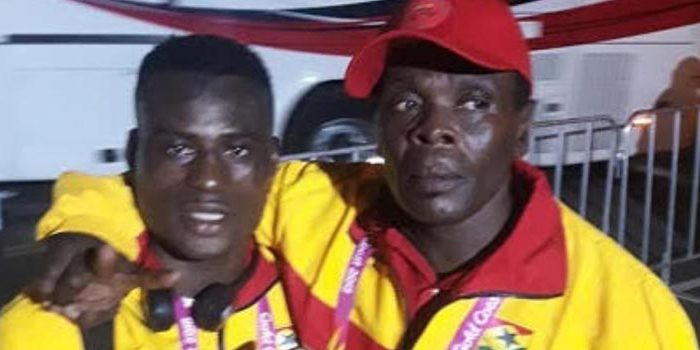 Enterprising and stylish Samuel Yaw Addo of Ghana battled to a convincing victory over Sikiru Ojo of Nigeria in an all-West African bantamweight clash at the 2018 Commonwealth Games in Gold Coast, Australia.

The Ghanaian looked dominant throughout, even scoring a knockdown in round one and also opened a cut above the eyes of Ojo in the second round of the 3-round contest at the Oxenford Studios Boxing Arena but had to settle for the split points decision, 4-1 and secure a first win for the Black Bombers in the competition.

Ghana who are represented by a total of seven boxers at the Games, had earlier lost all three hitherto fights as highly rated Abdul Wahid Omar, a bronze medallist from the 2014 Commonwealth Games in Glasgow, Scotland as well as Abubakari Kwesi Quartey and team captain, Sulemanu Tetteh were eliminated from competition at the very first hurdle.

22-year-old Addo now advances to the quarterfinals where he will now face Peter McGrail of England at the same venue on Tuesday. Mcgrail, 21, defeated Kenya’s Benson Njangiru via around 2 TKO after the referee stopped the contest following an injury to the Kenyan with the Englishman leading 20-17 on the scorecards of four judges and 201-15 on the 5th.

Meanwhile, two of Ghana’s remaining three boxers yet to take to the ring in the Gold Coast, Jessie Lartey and Musah Rahman Lawson will both be in action on Sunday in a round of 16 encounters respectively.

25-year-old Lartey comes up against Louis Richarno Colin of Mauritius at super lightweight clash at 3.32 am GMT whilst Lawson, 24 takes on Cameroonian showman, Seyi Ntsengue who got a convincing unanimous decision, 5-0 over Marvin Anthony in the round of 32 yesterday.