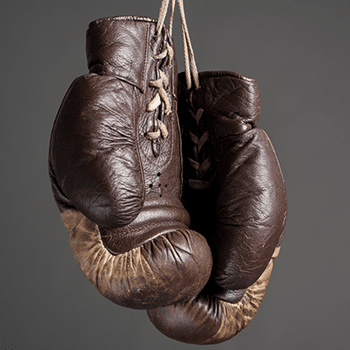 Romero spent 13 years in the amateur boxing world under his father and trainer Danny Romero Sr. before turning professional in 1992 after he was just shy of making the Barcelona ’92 Olympics. Romero went on to become a force to be reckoned with in the professional ranks finishing his career with a record of 45-5-2 with 38 KOs including two world titles.

Hill had the opportunity to represent Team USA at the 1984 Summer Olympics in Los Angeles, Calif., where he won a silver medal. Hill also won the National Golden Gloves that year, all at the age of 20, before having a professional career that expanded more than twenty years.

Valdez still holds one of the most impressive lists of U.S. amateur boxing accolades in history including a bronze medal at the 1972 Munich Olympic Games. He first impressed the nation when he took a first-place finish at the National AAU Welterweight Championships at the ripe age of 16 where he demolished his competition including an upset against Olympic bronze medalist Quincey Daniels. Valdez went on to win a bronze medal at the 1967 Pan American Games and two National Golden Glove titles.

Trout is a three-time welterweight title holder, U.S. National Amateur Welterweight Champion and 2004 Olympic alternate. Trout finished his amateur career with a record of 163-42-1 and continues boxing today in the professional ranks, where he currently has a record of 31-4 with 17 KOs.

For the second year, USA Boxing has kicked off their qualification process for that year in Albuquerque. The first of two advancing tournaments, the Western Elite Qualifier & Regional Open Championship will allow elite boxers the chance to qualify to the National Championships this December, as well as give the younger age divisions continued opportunities to gain experience on the national level. More than 700 boxers as young as eight years old through the elite division are expected to join together to box at the Albuquerque Convention Center March 6-10. The week-long tournament is free to the public Tuesday-Friday, with a small entry fee during the finals on Saturday night.