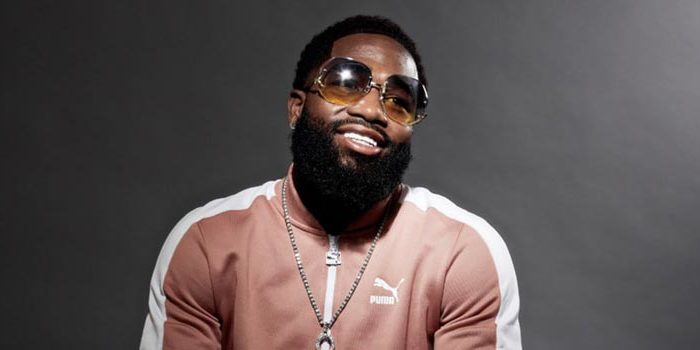 BROOKLYN – Four-division champion Adrien Broner will battle former welterweight world champion Jessie Vargas in the 12-round main event of a SHOWTIME tripleheader on Saturday, April 21 in an event presented by Premier Boxing Champions from Barclays Center, the home of BROOKLYN BOXING™.

Former champion Omar Figueroa suffered a shoulder injury in training that forced him to withdraw from his previously scheduled showdown against Broner.

Tickets for the live event, which is promoted by Mayweather Promotions, DiBella Entertainment and TGB Promotions, start at at $50, go on sale Wednesday, March 7 at 10 a.m. ET, and can be purchased at ticketmaster.com, barclayscenter.com or by calling 800-745-3000. Tickets can also be purchased at the American Express Box Office at Barclays Center starting Thursday, March 8 at noon. Group discounts are available by calling 844-BKLYN-GP.

Broner (33-3, 24 KOs) is one of the most gifted boxers in the sport, having won world titles in four different weight classes by the age of 28. The Cincinnati, Ohio native has won championships at 130, 135, 140 and 147 pounds while facing top competition across the various divisions. In his last fight, Broner lost a unanimous decision to Mikey Garcia on July 29 at Barclays Center after previously defeating Adrian Granados earlier last year.

“I’m feeling really good and I’m excited that this is an even bigger fight than Figueroa,” said Broner. “I had to switch up some sparring partners but everything is going great in camp. We’re fighting at 144 pounds, so he’ll have a slight weight advantage, but it won’t matter. I’m going to be in great shape for this fight. Coach Kevin Cunningham is my head coach for this camp, but I did not fire Mike Stafford. I just added to my camp, because I needed the help. I know what I have to do at the end of the day to get back on top where I belong.”

Vargas (28-2, 10 KOs), a 28-year-old former welterweight champion who was born in Los Angeles and now lives in Las Vegas, is always up for a challenge. His only two losses have come in welterweight title matches against pound-for-pound greats. He lost a controversial fight to Timothy Bradley, Jr. and dropped a unanimous decision Manny Pacquiao in a world title defense. Vargas won the welterweight title with a TKO victory over Sadam Ali in 2016 prior to the Pacquiao fight. Vargas is coming off a unanimous decision victory over Aaron Herrera in December as he works toward another world title opportunity.

“This is a fight that should garner a lot of attention from boxing fans and they deserve a fight like this,” said Vargas. “We are two entertaining fighters who come in and give it their all. This is a fight that will have a lot of fireworks. I respect Broner and his skills, but he’s very beatable. The fight was presented to me and I didn’t think twice about taking it.. We as fighters and entertainers have to give the fans what they want. We had a fantastic fight on Saturday in Brooklyn and we’ll have another one in April. I will have my hand raised and let everyone know I’m still a danger to anyone I face.”

Charlo (26-0, 20 KOs) won his super welterweight title with a dominant knockout of Cornelius Bundrage in 2015 and eventually achieved the distinction of holding a world title in the same weight class (154 pounds) as his twin brother after Jermell won a title in 2016. After successfully defending his 154-pound title three times, Charlo of Houston, Texas, made the move to 160 pounds with the goal of becoming a two-division world champion. In his debut at 160-pounds, the 27-year-old scored a TKO victory over Jorge Sebastian Heiland at Barclays Center on July 29. Charlo vs. Centeno was originally scheduled for March 3 before being rescheduled due to a rib injury suffered by Centeno.

“I really love fighting in Brooklyn and at Barclays Center,” said Charlo. “The fans in Brooklyn always show me a lot of love. Since my last fight I’ve had a chance to work on my patience and work on improvements to my game. Before the injury to Centeno, I was having the best camp of my life. I’ve got the same feeling that I had before I won my first world title. I want to be a champion at 160 more than I did the first time at 154. Centeno is a tough fighter. He’ll be a hard test but he’s someone who isn’t at my level. I’m not taking anything away from him. But he’s just another fighter that’s in my way.”

The 26-year-old Centeno (26-1, 14 KOs) caught everyone’s attention when he scored a stunning knockout of Immanuwel Aleem in his last fight on Aug. 25. It was enough to springboard Centeno into middleweight title contention. Centeno of Oxnard, Calif., successfully rebounded from a tough TKO loss to Maiej Sulecki on June 18, 2016 with a victory over Ronald Montes before his match against Aleem. Centeno expects to be 100 percent healed and ready for the challenge by fight night.

“I’m excited for the opportunity,” said Centeno. “I was really devastated when we had to reschedule the fight, but I know I have to be 100 percent for this challenge. I think my last outing had a lot to do with me getting this fight. It helped to put me in this position. Charlo is a great fighter with a lot of talent. I feel like we have similar statures. It’s going to be an interesting fight. I think it’s going to come down to who is the smarter fighter that night and who has more left in the tank toward the end. This is a life-changing, career-changing fight for me that could lead to bigger and better things. I’m coming to win.”

Davis (19-0, 18 KOs) is a proof that dynamite can come in a 130-pound package. The 23-year-old, of Baltimore, fought three times last year and ended all of his fights by stoppage. He won the 130-pound world title with a TKO victory over Jose Pedraza in a star-making performance at Barclays Center on Jan. 14, 2017. He traveled to London for his first title defense and stopped Liam Walsh by TKO on his home turf to retain the title on May 21, and most recently scored a knockout victory over Francisco Fonseca on Aug. 26 on the Mayweather vs. McGregor PPV undercard. Davis look to recapture a title in the 130-pound division after failing to make weight prior to the Fonseca fight.

“I’m the most exciting and skilled fighter on television and in 2018 I plan to show it,” said Davis. “On April 21 I’ll be back in the ring, live on SHOWTIME. Jesus Cuellar is arguably my toughest opponent to date. He is rough and tough, but I’m looking forward to the challenge. I’m more than happy to be fighting at Barclays Center where I won my first world title. Brooklyn is very close to Baltimore, so all of my people will be there to witness me become a world champion again.”

Cuellar (28-2, 21 KOs) is seeking to win a world title in a second weight class when he takes on Davis. A native of Buenos Aires, Argentina, the 31-year-old Cuellar won a featherweight world title with a TKO victory against Vic Darchinyan on June 6, 2015. Six months later he made a successful defense by winning a unanimous decision against Jonathan Oquendo before losing the belt to Abner Mares by split decision on December 10, 2016.

“The time I’ve had off since the Mares fight has refreshed me for this new opportunity,” said Cuellar. “It took a lot out of my body to make 126 pounds for all of those years. Now I feel fresher and hungrier than ever before. I’ve been offered fights against lesser opponents in the last year but I’ve preferred to wait a little longer so that I can get a chance to fight the best. Gervonta Davis is one of the best in the world, so he’s the one I want to face and beat. Davis has never faced a fighter like me and he will see me at my very best on April 21.”