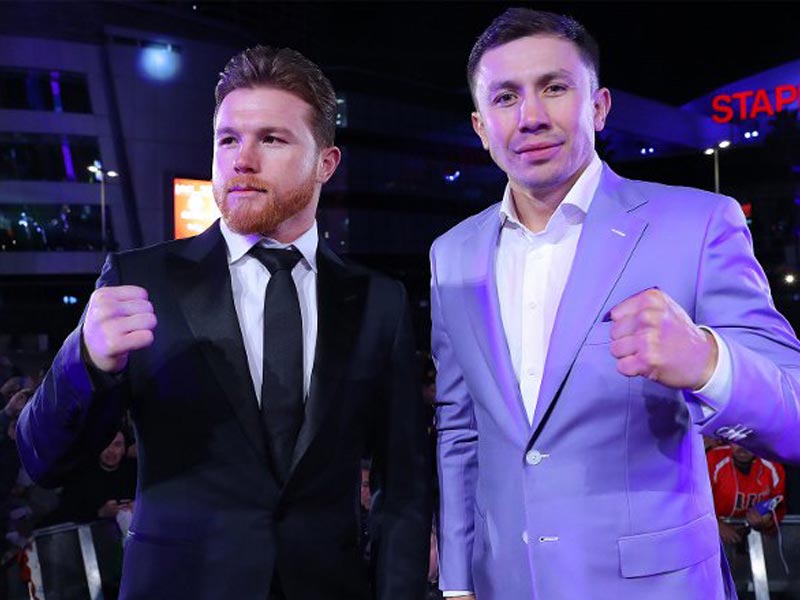 In September of 2017, Canelo and GGG met in a battle of the world’s two top middleweights, battling toe-to-toe over 12 rounds of high drama that ended in a split draw. The fight drew a record crowd for an indoor boxing event in Las Vegas, selling out the T-Mobile Arena in less than two weeks and bringing legions of fans from Mexico to Kazakhstan and everywhere in between.

Alvarez, the 27-year-old native of Guadalajara, Jalisco, Mexico, is the veritable face of boxing. After capturing two world titles and the lineal championship in the super welterweight division, Alvarez moved up to middleweight to capture the WBC, Lineal and Ring Magazine World Titles with a Nov. 2015 victory against Miguel Cotto. Alvarez has maintained his status as the lineal champion ever since, and in a historic Sept. 16 showdown last year, Alvarez fought to a 12-round split draw against Golovkin. Alvarez is eager to erase all doubts regarding his status as the best middleweight in the world on May 5.

Golovkin, the 35-year-old wrecking ball of Karaganda, Kazakhstan, was a dominant amateur standout and Olympic Silver Medalist before turning professional in 2006. Since then, Golovkin has been on an historic trajectory, knocking out one opponent after another to unify the WBC, WBA, IBF and IBO World Middleweight Titles. During this run, Golovkin maintained an unblemished record that included a 23-fight knockout streak, which ended with a unanimous decision victory against Danny Jacobs in March 2017. In September of the same year, Golovkin went the distance in a historic split draw against Alvarez, which has merited a much-desired rematch in the eyes of boxing fans.