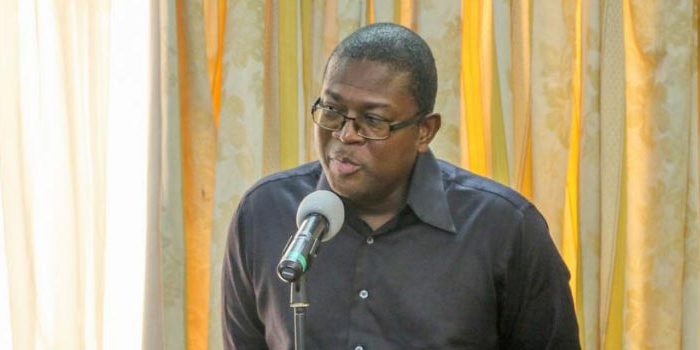 The Ghana Boxing Authority (GBA) wants Emmanuel Tagoe to cool it following the lightweight boxer’s recent rants that included defamatory comments against some members of the Ghana boxing fraternity.

Tagoe is being sued by Paul Dogboe, father and trainer of interim WBO World super bantamweight champion Isaac Dogboe, over Tagoe’s claims that he’s defrauded people. The senior Dogboe is seeking GH¢1 million in damages and a perpetual injunction from the court halting Tagoe from making further comments.

Further, the 31-year-old Tagoe is now facing sanctions from the GBA.

‘’We have summoned Tagoe and his team to the GBA to show course why he should not be disciplined for the sort of public comments he has been making before and after his last fight,’’ said Peter Zwennes, president of the GBA.

“You can engage in trash talks to promote your fights, but you must be disciplined. It must be devoid of insults and personal attacks,” he continued, speaking at a press conference announcing the world title fight between Dogboe and champion Jesse Magdaleno.

Tagoe’s rants haven’t been aimed at opponents, but at seemingly everyone in the Ghana boxing community. Part of his anger stems from the reaction to his January 27th TKO win over Daniel David Saucedo. Tagoe’s performance disappointed fight fans as did his uninspiring choice of opponent.

”I thought that given his dismissal and lackluster performance that day, he should be more concerned with training and bettering his lots rather than casting aspersions and insulting everybody practically on sight,” Zwennes concluded.