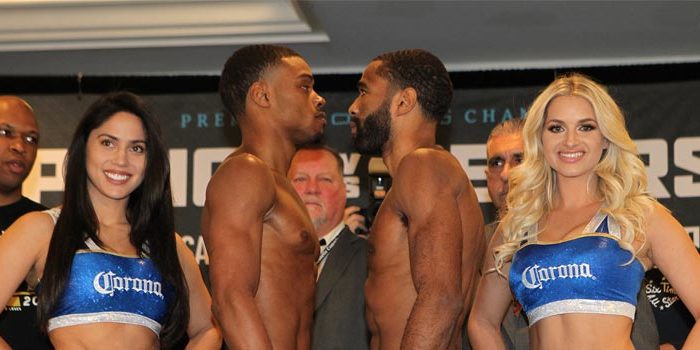 “This is a tough challenge. If you know Lamont, you know he’s a tough fight but I came to dominate the division and it started with Kell Brook. I’m going to get Lamont Peterson and then I’m going to get the other welterweights that are out there.

“I wouldn’t say that Errol isn’t the bigger guy, I just believe that it doesn’t matter. It’s all about boxing skills.

“I think we’ll both make each other look pretty good, but I’m going to win.”