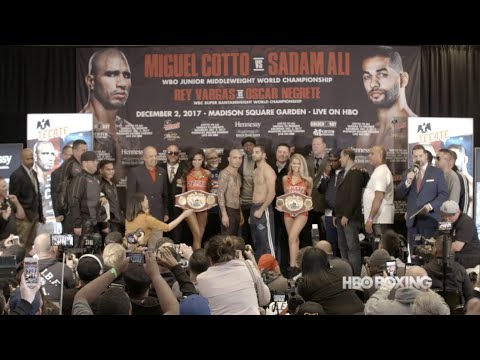 Miguel Cotto-Sadam Ali is on! Both fighters made weight ahead of their showdown tomorrow night on HBO World Championship Boxing®, beginning at 10:00 p.m. ET/PT.

Opening the telecast from Madison Square Garden in New York City is Rey Vargas defending his title against Oscar Negrete in a 12-round super bantamweight fight.

In the main event of the evening, future hall of famer Miguel Cotto defends his junior middleweight title in a 12-round battle against Sadam Ali.