Silence can be easily mistaken for inaction. Ghana’s Richard Commey has been quiet of late but, by all accounts, is feverishly preparing for when he resurfaces.

Commey, 25-2 (22 KO’s), is currently the IBF’s fourth-ranked and WBC’s fifth-ranked lightweight contender. After training primarily out of Ghana for much of his career, he relocated to the United States last summer and is now trained by the astute Andre Rozier. Rozier also trains former middleweight champion Daniel Jacobs and a slew of rising contenders out of his gym in Brooklyn, New York.

The results of Commey’s labor were evident as the ripped and ready boxer sat down with BoxingAfrica.com to update us on his career, life in the U.S. and a potential world title shot in the near future.

Richard, always good to see you. Your fellow Ghanaian boxers, Duke Micah and Fredrick Lawson, recently fought on the same card and were victorious. What were your thoughts on their performances?

I’ve been with them and they’ve been in camp for a long time. They put on a good show and got the wins, which is what’s important. It’s also a good learning experience with them. Their coaches are here with them to help them correct any mistakes that they made in their fights. So, you take the win, go back to gym, work on what you need to correct and see what happens next. All the same, a win is a win and I’m very glad they got the win.

What did you think of Duke Micah’s performance?

I think, overall, he did well. This was his first time fighting in the U.S. I think he might’ve been a little bit tense and not as relaxed, but the most important thing is that he did what he had to do and won. He had a tough opponent in front of him and sometimes, with fighters, you tend to work too hard and throw punches when you don’t have to and not pace yourself. I believe the coaches saw that and they’re going to work toward that in the gym. 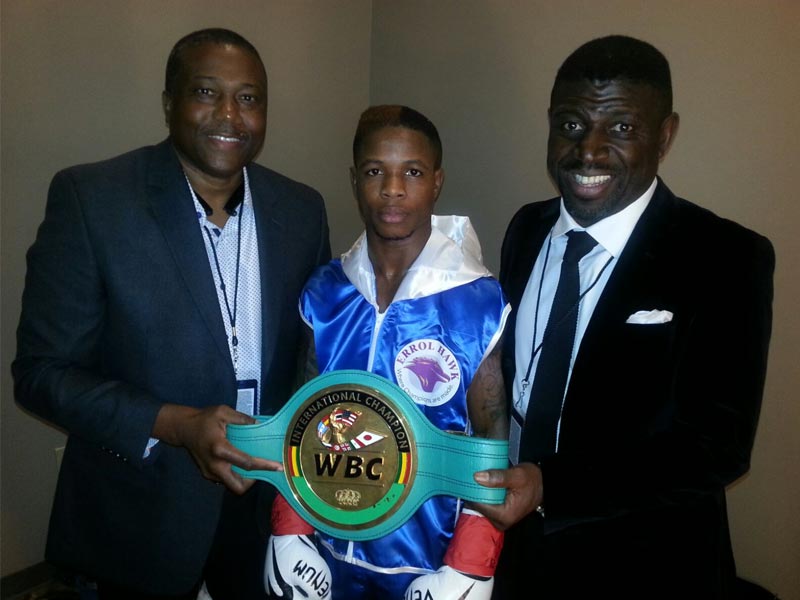 But you have to say Duke did pretty well. Jose Santos Gonzalez is tough. He’s experienced, has fought for a world title before and has had five losses so he’s not scared of losing. So, the pressure was on Duke and he had Ghana watching. All in all, he did pretty good, and he’s only going to get better.

Assess Fredrick Lawson’s performance – what were your thoughts? 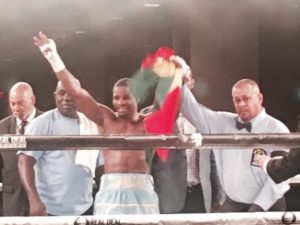 I thought Fredrick did well, especially when you know how inactive he has been. He’s had so many fights fall through and opponents changing. In the first round, he was a bit off. But he picked it up in the second round and then got the knockout.

And how about yourself? You’re in the Big Apple now, it’s quite a transition.

I feel good, I’m living good and I’ve met some good people. In the gym, everyone tells me, “Richard, you’re working too hard. You never complain.” I love that, because that’s the real me. This is R.C. I never complain, I do what I have to do. I’m loving the life here. I always remain quiet and do what I have to do, because I believe that something big is on its way. So, I’ve got to make sure I’m doing what I’m supposed to be doing, and learning from my trainer, Andre Rozier. He is a lovely man, in boxing and outside boxing. He takes care of us. Such people are not easy to get so for me to come all the way from Africa to find someone who treats me as his own, like his son or grandson, it’s a blessing.

You’ve worked in Ghana, in the U.K., and are now based here. What differences have you seen so far?

I mean, these boxing people here know what they are doing. They put more emphasis on technique and they train so hard. In Ghana and the U.K., I worked with Lawrence Carl Lokko, who is one of the best coaches from Africa. But here in the U.S., I’m working with Andre Rozier, so I’m learning different things. It’s all new to me and I’m just learning. They’ve got their own style here and this is good. 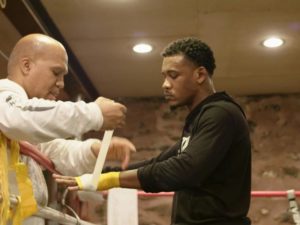 This is where I want to be and it’s good for me because I need to learn how my American opponents fight. I want to know everything about the style here. I think everything is going smoothly. I love the family here, the gym, the respect I receive and how we treat each other like brothers. It’s a great atmosphere.

How has the sparring been here? I know you weigh about the same, but it looks like you’ve packed on muscle.

It is not easy. The transition is not easy. Yes, there is much I already know but I’m learning their style and it’s an adjustment. It’s not going to be an overnight process. I’m trying my best and really pushing myself. Maybe I won’t see the end result now, but when I get in the fight with a 135lb. opponent, I’ll see the results.

I’ve been sparring a lot of bigger, skilled guys. Everything is going well. Andre has a lot of good guys in the camp and it’s helping me to become a better fighter.

Speaking of opponents, your December IBF World title eliminator fell through. Any word on what might be next?

Yeah, I’m not sure what is happening yet. I was supposed to go to Russia, but things didn’t work out. Either way, I must stay ready. And I have to keep my head up. So, I am busy preparing and continuing to train. I’m training like I have an opponent on December 9th. And when that passes, I will continue to train the same way.

How frustrating is the inactivity for you right now?

You know, this is boxing. I get frustrated but, more important, I understand that this is the reality of boxing. It happens to everybody, from the top to the bottom. So, my job is to keep doing what I am doing and making sure I am ready. They say that patience is a virtue and I know that good things are coming to me. I have a great manager in Michael Amoo-Bediako and, with DiBella Promotions, I leave that all up to them. 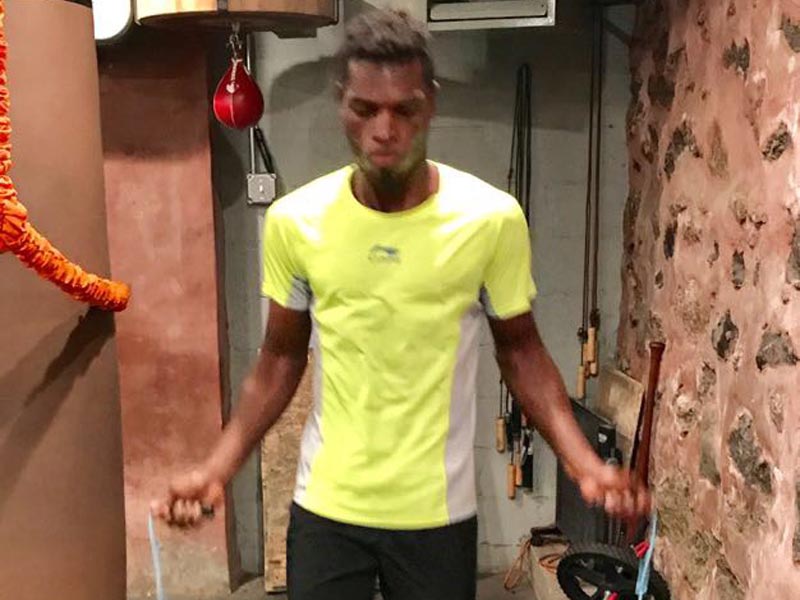 I look at this as a positive for me. I am learning right now so the delay gives me more time to keep training and to keep learning. As I progress in boxing, I’m facing a lot of different styles. I am using the time wisely to make myself a better fighter.

How about the New York lifestyle? The atmosphere, the food, the bright lights? Has that been an adjustment for you?

(Laughs) I know this won’t sound cool but, I’m not big on partying or going out too much. My friends and everyone I want to see, I see at the gym. After that, I go home, talk to people back home in Ghana, eat and then go to sleep. That’s it. I love New York but I’m here for a purpose so I can’t let anything get in the way of that.

The 135lb. division is so hot right now. You’ve got Robert Easter Jr., the IBF World champion, who you may be in line to fight again. You also have Mikey Garcia, the WBC World champion. What are your thoughts on these guys, who may possibly be fighting each other next?

Well I don’t want to say too much because I may face one of those guys soon. And that’s what people want to see; the best fighting the best. It’s a good fight. If they do fight, may the best man win and then it’s my turn.

You lost a controversial decision to Easter in your first world title bout. Is there extra motivation to face him to avenge that defeat?

If I had a chance, I would love to. But one step at a time. I’m not a world champion. I have to fight to get to that mandatory position for his world title. Once I get that top contender spot, then I’m in the mix now. Then yes, let’s do it again! But I have to take one step at a time. We will see what the future holds.

I see myself fighting for the IBF world title again. That is for sure. So, to everyone that follows me, I really appreciate you guys and I know you are praying for me. To those in Ghana, keep your fingers crossed. R.C. has never changed. My attitude has not changed. I’m working so hard to achieve what I want to achieve and with your prayers, I know I will get there and win a world title.

So, you might not hear me say a lot in social media or do much talking, but I am working underground. Very soon, something nice and something big is going to come out, and it’s going to make all of you happy. Stay tuned – I love you all.