He delivered–with an exclamation point–in front of 10,924 fans at the Barclays Center in Brooklyn, New York.

Wilder (39-0, 38 KO’s) retained his WBC title in his sixth defense with a dominant first-round knockout of Stiverne in the main event of this Premier Boxing Champions card on SHOWTIME CHAMPIONSHIP BOXING Saturday night on SHOWTIME from Barclays Center, the home of BROOKLYN BOXING®.

Wilder knocked Stiverne (25-3-1, 21 KOs) to the ground three times before referee Arthur Mercante halted the bout at 2:59 of the opening round. After Stiverne took Wilder the distance in their January 2015 title bout, Wilder has now knocked out every single opponent that he has faced in his career.

Wilder first knocked Stiverne to the ground with a devastating one-two combination that caught the Haitian challenger on the nose. Seconds after Stiverne got back to his feet, Wilder landed another clean combination with a big left and an overhand right that sent a stunned Stiverne back to the canvas. The final blow came in the waning moments of the opening round as Wilder landed four clean punches to the face of a wobbly Stiverne.

After the brutal knockout, an emotional Wilder was asked by SHOWTIME Sports® reporter Jim Gray about a possible fight with unified heavyweight champion Anthony Joshua.

“A king doesn’t chase the peasants. A king takes kings. I want Joshua. If he doesn’t give me the fight we have other plans. The world wants Joshua, the world wants Wilder, I want Joshua. Joshua come and see me baby. No more dodging, no more excuses. Make the date, don’t wait.” 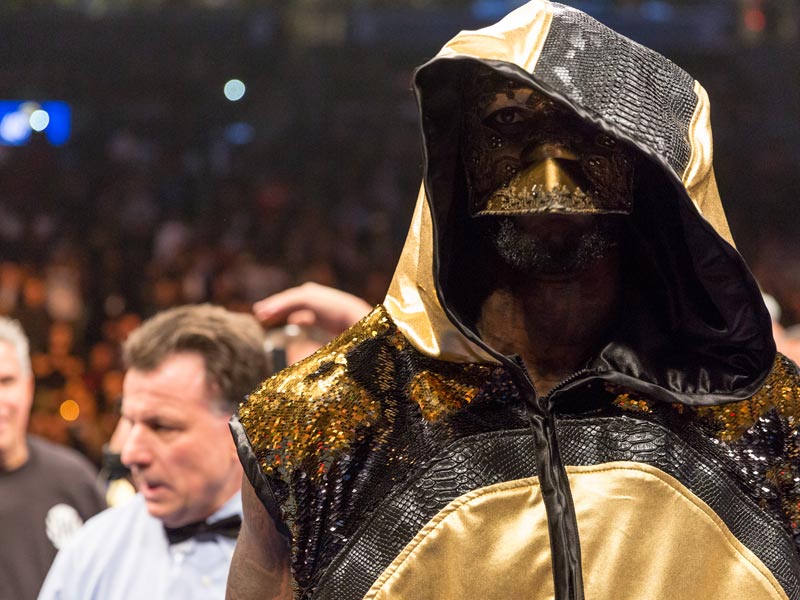 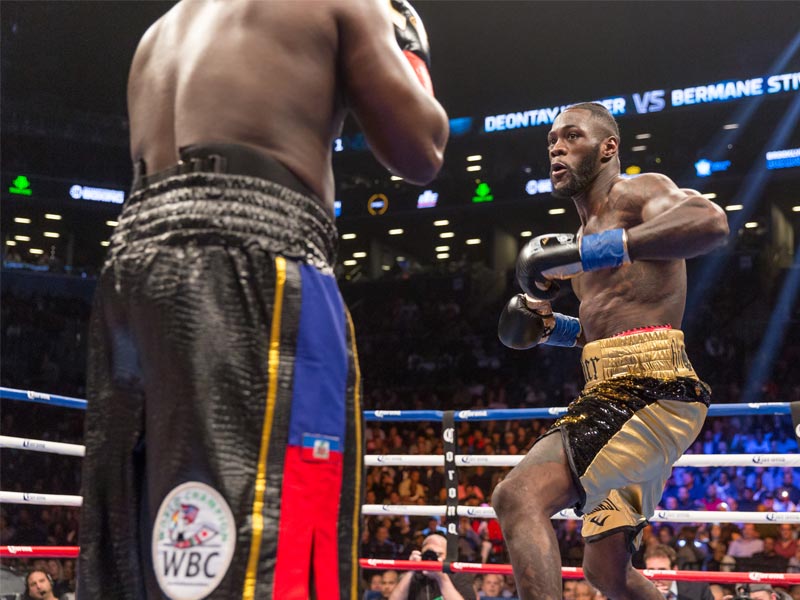 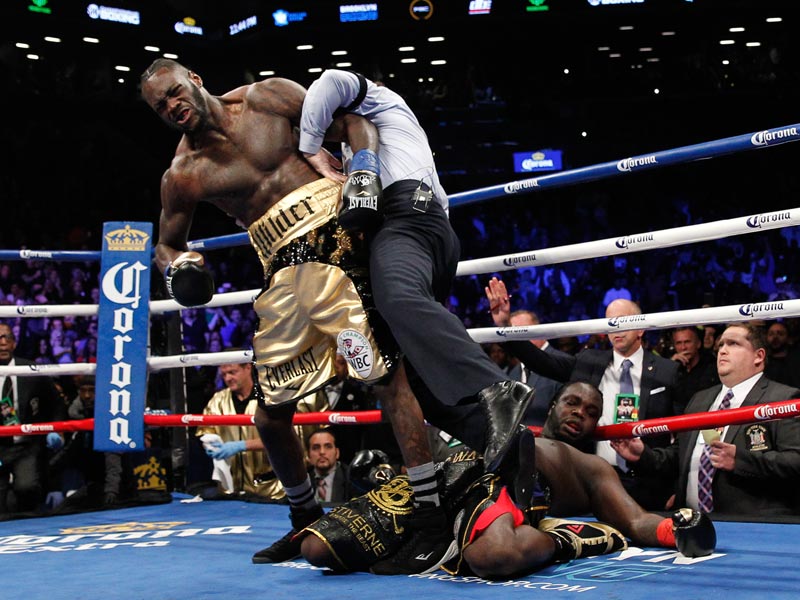 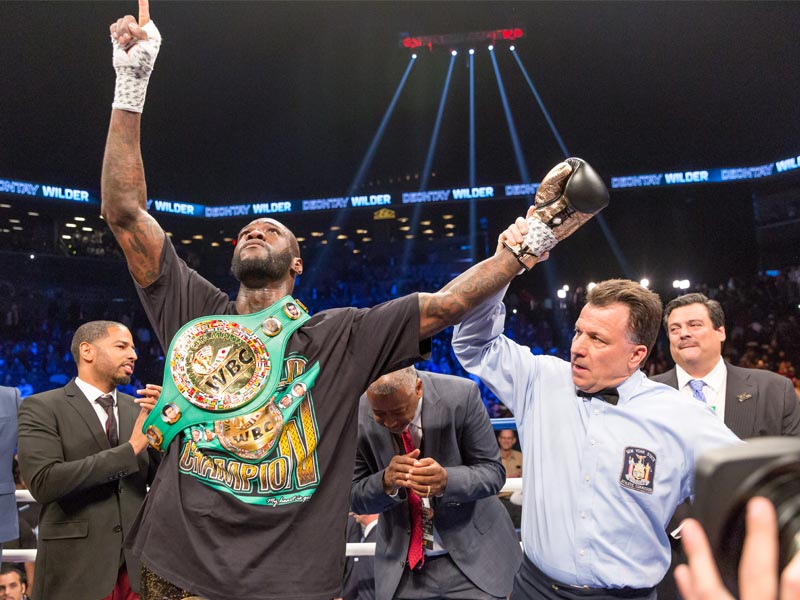 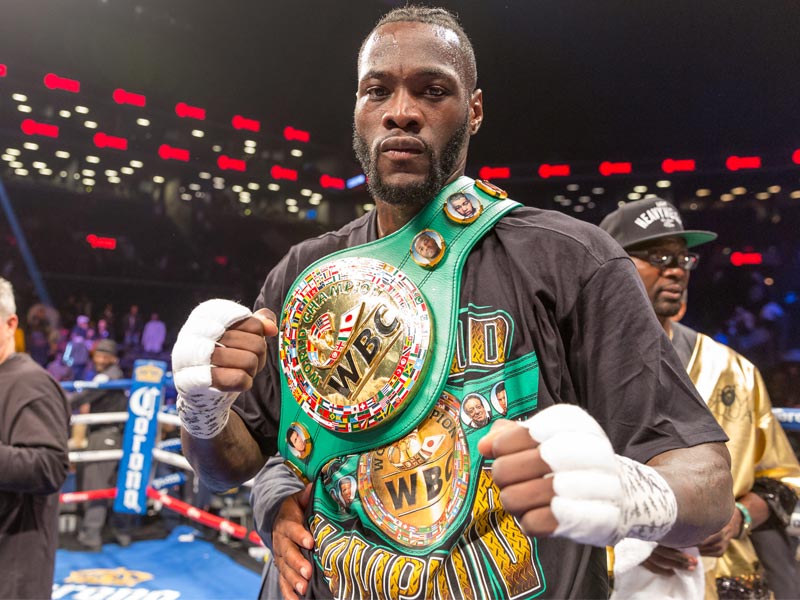 Porter, who injured his left hand in the sixth round, landed the sharper and more accurate punches throughout the fight, including 40 percent of his power punches. Both fighters came out aggressive in the early rounds and exchanged several powerful blows.

“He gave me a little trouble here and there,” said Porter. “I hurt my left hand in the sixth round, but I kept using it. I had to use my jab. It took a toll on me and by the 10th round I just couldn’t throw it anymore.

“The strategy was to keep working the jab. I knew he’d come at me periodically. I was prepared and dug deep to get the win.”

Granados, of Cicero, Ill., fought valiantly and withstood multiple barrages from the powerful Porter and countered with several quick combinations of his own. Granados, who landed just 24 percent of his total punches, disagreed with the judges’ scorecard.

“I thought that I was controlling the fight and keeping up with him the whole time,” Granados told Jim Gray. “He was just trying to use his normal tricks. I rocked him multiple times and he never had me in any trouble.

“He’s a brute. I thought the referee [Gary Rosato] did a good job breaking up the fight at the right times. It was rough but I definitely thought I did better than the scorecards said.”

The back-and-forth 12-round world championship fight saw Lipinets control the early rounds with a diversified, creative attack targeting Kondo’s body. An accidental clash of heads in the sixth round, which opened up a deep cut on the forehead of Lipinets, altered the momentum of the fight as Kondo gained confidence and was able to land some powerful punches to the head and body of Lipinets. The 28-year old Lipinets, who earned the title in just his 13th professional fight, was able to regain control in the later rounds to earn the unanimous win.

“I think the scorecards were accurate but it was a good fight,” said Lipinets. “The head-butt really impaired my vision and it led to me walking into some stupid shots.

“I’m happy with my performance. I’m just going to keep getting better from here. I’m ready to take any on challenge thrown my way.”

Kondo, who was fighting for the first time in the United States, proved a worthy opponent on the night. “It was a fair decision,” said Kondo, through a translater. “He hit me with a lot of hard punches and I felt like I needed at least a knockdown in the last round.

“I made up my mind that I wasn’t going to show any pain or fear from his punches. I was determined to keep fighting all night.”

This event was sponsored by Corona Extra, La Cerveza Mas Fina and promoted by DiBella Entertainment and TGB Promotions.