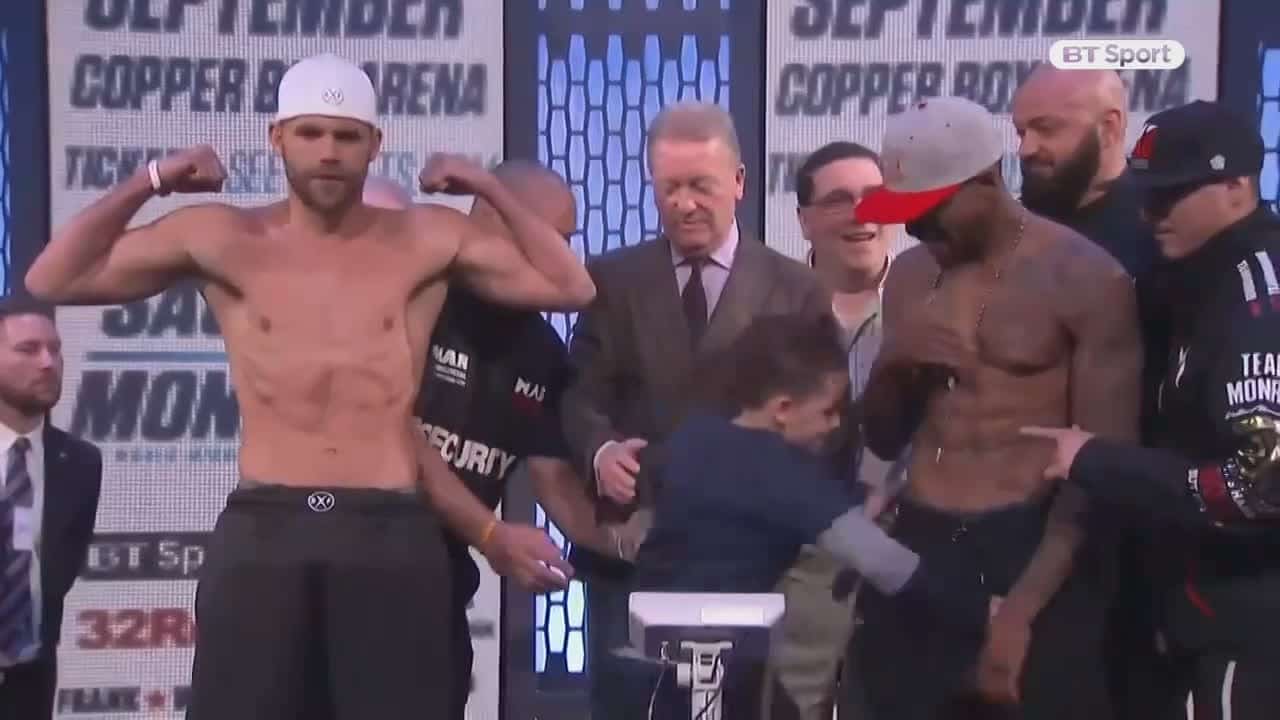 In what may have been the most bizarre weigh-in altercation ever, the son of undefeated WBO World Middleweight Champion Billy Joe Saunders threw a punch and kicked the groin region of the number-2 ranked Willie Monroe, Jr.

This only added more fuel to the fire of Monroe, as the champion has continuously tried to insult and berate Monroe throughout the two-month build up to Saturday’s fight.

“I am more disheartened by Billy Joe Saunders non-reaction to his 7-year old child’s actions,” said Banner Promotions Vice-President, Matt Rowland, who himself is the father of a 5-year old son.  “With how Billy has been acting this week, we are more confident then ever that Willie will win this fight.”

Ever the humble sportsman, Monroe has not been affected by any of the antics of Saunders, and is confident of bringing home the world title back to Rochester in the bout, which can be seen LIVE TOMORROW on the Banner Promotions Network Youtube Page beginning at 5:30 PM ET / 2:30 PM PT.

Below is the video of the weigh in incident:

Below is the direct link for fans in the United States and Canada to watch the OFFICIAL LIVE STREAM of Saturday’s WBO World Middleweight title bout between undefeated champion Billy Joe Saunders and number-2 ranked Willie Monroe, Jr.

The fight will be streamed live exclusively in the United States & Canada on the Banner Promotions Network Youtube page beginning at 5:30 PM ET / 2:30 PM PT, with the Saunders – Monroe Jr. fight beginning at 6:30 PM ET.

CLICK FOR DIRECT LINK TO WATCH THE FIGHT LIVE: