Jeff Fenech is a brutally honest personality–it matches the fighting style that made him an International Boxing Hall of Fame inductee. “The Marrickville Mauler” won titles in three divisions, narrowly missing a fourth in a disputed draw to Azumah Nelson in 1991. Fenech remains Australia’s greatest fighter, and one of the game’s best interviews, as he shows in an exclusive interview with BoxingAfrica.com.

“I love the sport. I’m always active with the WBC, going to their conventions and stuff because they’re very special. Without boxing, I’d be a nobody so I can never turn my back on boxing. It took me from the streets and made me rich and famous, so I love boxing. I believe I would’ve been in jail without it.

“I try my best to be as loyal as I can to the sport. But there are times where I’m like man, this sport really sucks. The bad decisions and so forth. That’s why UFC and other sports are taking over, because we don’t do things properly. If you can’t fix a car, you can’t be a mechanic. In boxing, you can hand in cards like that and still have a job every week.” 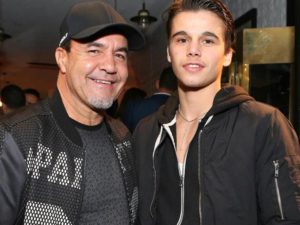 “I’m working with a young super flyweight named Brock Jarvis (10-0, 9 KO’s). Brock is only 19. The irony of this is that his uncle was the policeman who got me off the streets and got me involved in boxing. So, they brought Brock here for me to train. He’s doing really well, coming along just fine. He’s fought guys with 30 fights, 25 fights and knocking them out so it’s good.”

“I remember training Mike for the Clifford Etienne fight. And then four days before the fight, he came to me with a tattoo on his face. I said, ‘Mike, what are you doing? You can’t fight with a new tat on your face. What if it gets scratched or hurt?’ He said he didn’t want to fight. So, I got on a plane and went home. Then he changes his mind and brings in Freddie Roach because Showtime found out and was going to sue him. So, he goes in there and knocks out Clifford Etienne in three rounds. But I trained him for that fight.

“Mike and I have been friends for a long time. Even when Freddie was his trainer and others, he would call me, we would work together. Mike is just great. I treasure Mike’s friendship.”

How Boxing Saved Him

“Me and my guys went to a youth club one day looking for some certain boys that we wanted to beat him. But they weren’t there. I saw a room for boxing. There was nothing to do so I sat down and watched the guys spar. The next day I went back and the trainer and I chatted. I was 17 at that time. That’s how it began.

“Once I began boxing, it took me only 24 amateur fights to qualify for the Olympics. I was 19. And 196 days after the Olympics, I became a world champion.  At the Olympics, I won a decision over Redžep Redžepovski and then the Olympic Boxing Committee reversed it and gave him the decision. I mean, that was bullsh*t. I could have been the first Australian in years to fight for a gold medal. But I knocked out Steve McCrory as a pro and he was the guy who won gold.

“The amateurs are what’s missing today. That was our apprenticeship, all over the world. Today, the system is so different. As an amateur, I used to spar all the great Australian champions so that gave me confidence.”

“No fighter has ever done what I’ve done. Boxing as an amateur for a year and a half and qualifying for the Olympics and then winning your first world title 196 days after that—in your seventh pro bout. I won my third world title in a third division in my 20th pro fight!

“My hands were really damaged throughout my career. I’d break my hands in every fight. Both of them. Part of my preparation was limited sparring because of it. But I still was able to do the job. In my fights against Villasana, I was throwing over 200 punches a round.

“After I won my first world title, I beat Jerome Coffee. He was 26-0 and everyone said he was going to be a world champion. I beat Daniel Zaragoza after him!

“I always thought Azumah was a great fighter but I believed I had the style to beat him. I felt once I put pressure and got him going backward, the fight was mine. I knew he was going to be harder than everyone else, but I was never really concerned. 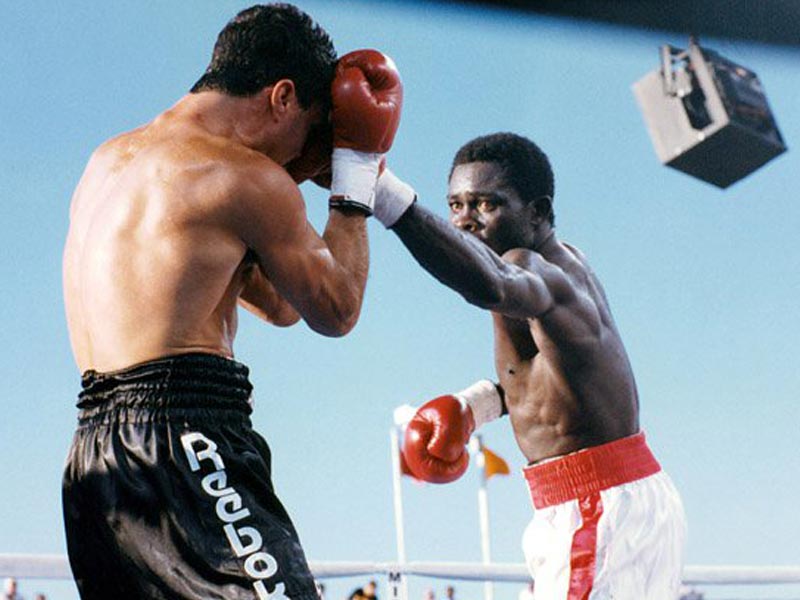 “When I was training Mike Tyson was at Planet Hollywood, a guy came up to me and said, ‘You’re Jeff Fenech, aren’t you?’ I told him I was and he said, ‘I never watched boxing again after that decision in the Azumah Nelson fight.’ Azumah is a great fighter but these are the things that are wrong with boxing. Azumah knew he lost that fight. But decisions like this kill the sport.”

“Fame and fortune changes everybody, you know? All of a sudden, I became the biggest name in Australian sports. I became wealthy overnight. I mean every day I was sleeping with at least five girls. Every day. For the first fight, I was in Las Vegas seven weeks before the fight, training, eating and sleeping. But in Australia, I was doing television appearances, movie deals, a clothing line and even the day before the fight I slept with a girl. It’s crazy but it’s the truth. I’m not embarrassed to say it.

“I don’t like who I was when I was a three-time champion. I don’t even like that person. That person got a big head. I go to a restaurant and eat for free. Taxi? Free. There were people in the street with nothing who couldn’t get anything and I was rich getting things for nothing. I don’t like that person.

“Prior to my first fight with Azumah in Las Vegas, I had never been hurt in the ring. But I’ll never forget after I came back to Australia, I went back home and had a fight in between against Miguel Francia. While I’m preparing for that fight, I’m getting hurt while I’m sparring. Getting rocked! I don’t know if it was because of the Azumah fight, or all the hard fights and sparring with all of those light heavyweights catching up with me. Something just left me after that first fight.

“I lost my desire for the sport after losing in that rematch. It’s crazy what fame and fortune does. Do you think anyone could’ve beat Mike Tyson if he stayed focused and trained? Never! That guy beat himself. Did I train hard? Yes, but I didn’t have that same desire and my toughness was gone. I don’t know why. Boxing is a tough sport. 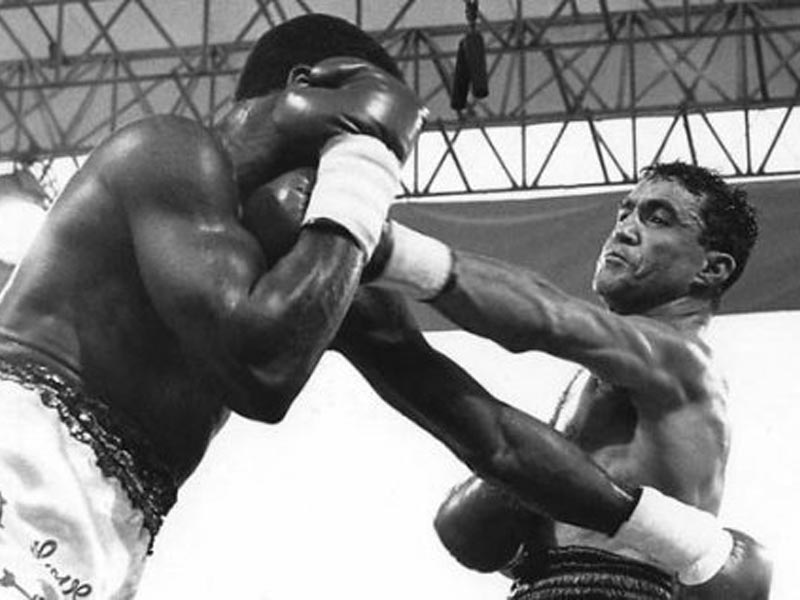 “I have no excuses for the rematch. Azumah is a great fighter. For him to come back and beat me in the rematch was amazing and I have all the respect for him. He’s an amazing example to people that if you roll your sleeves up, you can do anything.”

“You know, sometimes I think there’s more talent in boxing today than when I was in the sport. But the hunger is not there. But then again, there’s nobody out there that could’ve beat a Roberto Duran. Manny Pacquiao couldn’t have won a round against him. Floyd [Mayweather], as great as he is, Roberto wins, that’s my opinion. Floyd is the greatest fighter of this era to me. But Duran would’ve made him had to do a million times more than he’s ever done. Could Floyd do it, who knows? But Roberto is my favorite fighter by far. And no disrespect to Pacquiao. But guys like Ray Leonard, Duran, Alexis Arguello would’ve killed him, you know?

“I love Mikey Garcia. Super impressive. I like Gennady Golovkin. They aren’t in the class of Leonard, Marvin Hagler and so forth.

“Now, Roy Jones as far as I’m concerned, could’ve been a champion in any era. He was an all-time great. But then he gets knocked out by Danny Green because in boxing some of us stay too long, you know? You can’t repair your chin. When it’s done, it’s done and there’s no super glue. This is where boxing authorities need to stand up and say, ‘That’s it, champ.’ I still love this sport. I just want it to return to glory and changes have to be made for it to get there.”