PARK CITY, Kansas (June 1, 2017) – Wichita-native Nico Hernandez (1-0, 1 KO) is on a mission. The 2016 Olympic bronze medalist wants to establish his home as a real “fight town,” like world champion Terence Crawford has done in Omaha, Nebraska.

Nico Hernandez drew nearly 3,200 fans for his professional debut, March 25, in nearby Mulvane (KS). He kayoed Patrick Gutierrez in the fourth round of the main event, which was also televised live on CBS Sports Network.

Hernandez’ promoter, KO Night Boxing, LLC, is committed to showcasing Hernandez at home on national television. KO Night Boxing is also committed to providing a platform for young Kansas boxers. This helps them develop their skills and build intra-state rivalries as evident on this card.

“My plan is to do it like Terence Crawford has done in Omaha,” Hernandez explained. “I’m hoping it works out as well for me.  It means so much for me to bring boxing to Wichita, to all of Kansas, for these fans and all the good, young boxers we have here.”

“This is a good opportunity for fighters from Wichita, across Kanas, to showcase their skills to the boxing world,” promoter John Andersen said. “Nico is giving all these other fighters a chance to do that by headlining our shows on CBS Sports Network. They need to fight to develop; otherwise, they’d have to travel far from home just to fight. They can build fanbases close to their hometowns.

“We’re an up-and-coming promotional company, much like Nico as a pro fighter, and together we want to build boxing across Kansas and build natural rivalries like we have on this card. Nico is the perfect fighter to do this because, in addition to being an Olympic medalist, he’s a great role model for young people in Wichita, and Kansas as a whole, to emulate. We’ve planted the boxing seed in Wichita, through Nico, and we feel that boxing is going to grow across the state where Nico is bigger than life.”

A prime example of a budding intrastate Kansas rivalry will be displayed in the televised opener as Garden City (KS) featherweight prospect Eric Vargas (2-0, 1 KO) takes on pro-debuting Humberto “Tito” Tellez, fighting out of Winfield (KS).

All fights and fighters are subject to change.

Nico Hernandez vs. Jose Rodriguez is an all-ages show. Doors open at 6:00 p.m. CT with the opening bout scheduled at 7:00 p.m. CT. 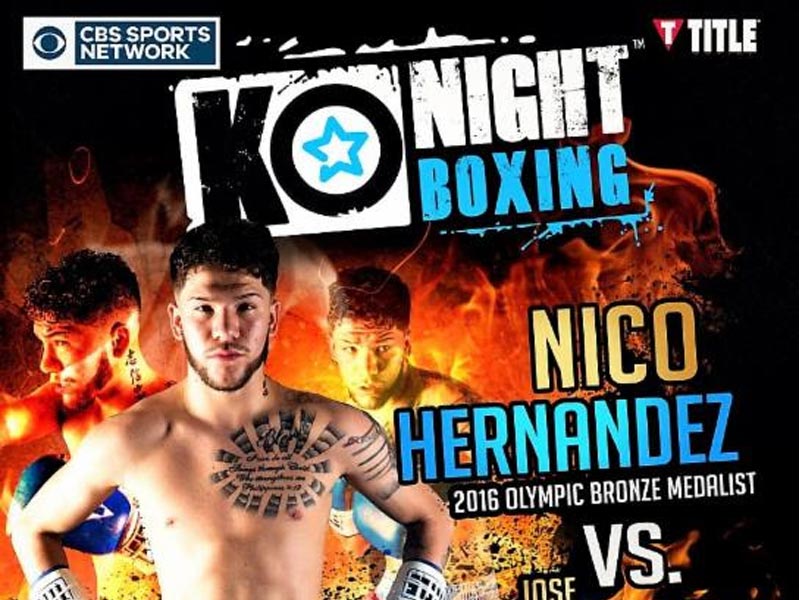