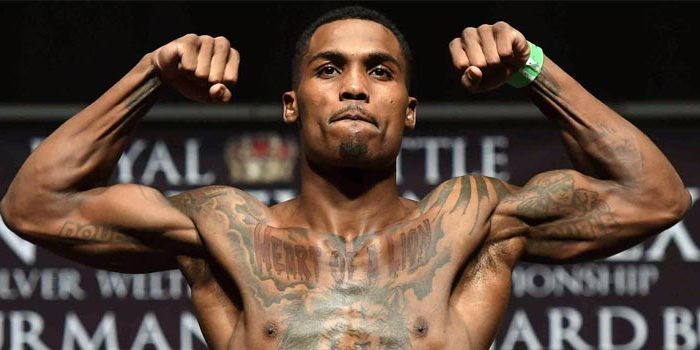 Charlo (25-0, 19 KOs) and Heiland (29-4-2, 16 KOs) will meet in a 12-round eliminator to become the mandatory challenger for the WBC 160-pound championship. Charlo will make his middleweight debut after successfully defending his 154-pound belt three times, including a highlight reel knockout of then unbeaten Julian Williams last December on SHOWTIME.

“I’ve been training since end of January to prepare myself for the move up to middleweight,” said Charlo. “I’m feeling stronger, I’m feeling smarter and overall, I’m feeling better. Heiland is a tough fighter and I know he plans on bringing his A-game on July 29. He’s just as hungry as me. We both want to be in a place to fight the best in the division, but I never overlook the opponent in front of me. It’s been a great camp so far and I’m ready for this fight. It’s time to make my mark so I can become a two-division world champion. I plan to take care of business at 160 just like I did at 154.”

“I’m thrilled to be facing a great fighter like Jermall Charlo,” said Heiland. “I’ve waited a long time for a chance like this, so I will give it my all. I am fearless and I promise that this bout will be an all-out war because my career and livelihood are on the line.”

Tickets to the event, which is promoted by Mayweather Promotions and DiBella Entertainment, are priced at $950, $750, $350, $300, $250, $150, $75, and $50 (not including applicable fees), are on sale now, and can be purchased at ticketmaster.com, barclayscenter.com or by calling 800-745-3000. Tickets can also be purchased at the American Express Box Office at Barclays Center. Group discounts are available by calling 844-BKLYN-GP. The Charlo vs. Heiland bout is promoted in association with TGB Promotions.

“The Charlo vs. Heiland and Washington vs. Miller matchups are fantastic additions to night of action that is already eagerly anticipated by boxing fans,” said Leonard Ellerbe, CEO of Mayweather Promotions. “Jermall Charlo is a star on the rise, but he’ll have a stiff challenge against Jorge Sebastian Heiland as he seeks a path to becoming a two-division world champion. The heavyweight matchup is a very intriguing showdown with Gerald Washington hoping to prove that he deserves another opportunity at the belt and Jarrell Miller fighting in his hometown and looking to earn his first world title shot. You’re not going to want to miss this night of fights at Barclays Center in Brooklyn and on SHOWTIME.”

“This is a great opportunity for SHOWTIME viewers to witness Jermall Charlo’s ascent in the middleweight division in an ordered title elimination bout,” said Lou DiBella, President of DiBella Entertainment. “Huge fights could be ahead for him.  Washington and Miller is a significant heavyweight match up. SHOWTIME viewers will see highlights of someone establishing themselves as an immediate player.  Fans at Barclays Center are in-store for a terrific tripleheader.”

“Jermall Charlo was a powerful force as a 154-pound world champion and everyone is curious to see if he can bring the same ferocity to the middleweight division,’’ said Tom Brown, President of TGB Promotions. “Heiland has been waiting for his chance at a middleweight world title and now he’s one step closer, but Charlo is standing in his way. This will be two fearless boxers, with something to prove and everything to gain, going at each other. The fact that it’s on the card with one of the best matchups in boxing this year – Broner versus Garcia – makes for a terrific night of boxing at Barclays Center in Brooklyn and on SHOWTIME on July 29.’’

The twin brother of unbeaten 154-pound champion Jermell, the Charlos became the first twins to hold world titles in the same weight class simultaneously when Jermell won his title in May 2016 while Jermall defended his belt the same night with a victory over Austin Trout. The 27-year-old will move up in weight as he seeks to become a two-division world champion after delivering a Knockout of the Year candidate against Williams in December. Fighting out of Houston and training with Ronnie Shields, Charlo won his title in 2015 by stopping Cornelius Bundrage before making his three defenses.

Fighting out of Buenos Aires, Argentina, Heiland enters this bout on an eight-fight winning streak including seven by knockout. The 30-year-old turned pro in 2007 with 16 straight victories before challenging for an interim title in 2010. Heiland’s current winning streak included a knockout victory in Ireland over Irish star Matthew Macklin in 2014. Heiland will be fighting in the U.S. for the second time as a professional after making his U.S. debut last September with a stoppage of Angel Hernandez.

Washington, a U.S. Navy veteran who also played tight end and defensive end at the University of Southern California, returns to the ring after challenging heavyweight champion Deontay Wilder in February in a bout that was nearly even on the scorecards before Wilder earned the stoppage victory. Fighting out of Vallejo, California, Washington had previously picked up victories over veterans such as Ray Austin, Eddie Chambers Nagy Aguilera and Jason Gavern on the way to his world title opportunity.

Unbeaten since turning pro in 2009, Brooklyn’s Miller will make his Barclays Center debut on July 29 when he enters the ring. The 28-year-old picked up three stoppage victories in 2016, including his most recent triumph over Fred Kassi on ShoBox: The New Generation that saw him retire the veteran in round three. Miller has won his last seven bouts by knockout and he will look to continue that streak when he steps in against his toughest pro opponent to date.