Oscar De La Hoya was nicknamed “The Golden Boy” but the “The Golden Goose” would have been more apt. A De La Hoya bout meant a career-high payday for opponents. For Ike Quartey, it also represented an opportunity to prove he was the world’s best welterweight.

“Let me tell you, Ike was in a different world for that camp,” Odamtten says. “We had great sparring and Ike was stopping everybody. He was in unbelievable shape.”

One month before the big day, De La Hoya postponed the fight, citing a cut over his eye suffered in camp. Team Quartey was skeptical.

“They had some TV people following us around,” Ike says. “So, they would come to my camp and then go to Oscar’s. I think they saw how I was training and told Oscar that he should wait. They gave me $100,000 for training expenses and I went back to Ghana. My camp was only three weeks long after that.”

“I wanted Ike to stay in the U.S. during the postponement but he refused,” Odamtten says. “Christmas was coming and he wanted to spend it with family. That was a big mistake. Ghana is one big celebration during the holidays. Ike wasn’t the same when he returned. The intensity of the camp wasn’t the same. I believe if the fight had taken place in November, Ike would have stopped Oscar.”

Instead, he carried 16 months of rust into the ring on February 13, 1999. He and Oscar fought on even terms until the eventful sixth. First, a left hook introduced Quartey to the canvas. Moments later, a counter left hook sent De La Hoya to the mat. Quartey took over from then on, carrying the action as the fight headed toward the championship rounds.

But De La Hoya’s good looks belie his warrior heart. With the fight hanging in the balance, he dropped Quartey again with the left hook early in the twelfth. When action resumed, Oscar wailed away as Quartey sagged against the ropes. The Ghanaian never stopped throwing back, which saved him from a stoppage loss. After twelve rounds, De La Hoya was awarded a split decision victory.

I won that fight,” Ike declares. “At worst, it should have been a draw. But I give respect to Oscar. He had a good left hook. He’s a very smart fighter—hard to hit. You had to get inside to do that and before you got there, he would have already hit you.”

The disappointment of successive controversial decisions kept Ike away from the gym. He resurfaced 14 months later, seven pounds heavier with hair dyed blond—a bad omen perhaps? He was a shell against then-junior middleweight champion Fernando Vargas, dropping another decision.

“The training for the Vargas fight was bad,” Odamtten says. “It was sad. He had a lot of fighters who were pulling for him in that fight, guys like De La Hoya and Shane Mosley because, at the time, they weren’t big fans of Vargas. Ike wasn’t ever really in shape. At one point, when we were running, I ran past him. I think he was enjoying himself in Florida too much so really he did it to himself.”

Winless in his last three, Ike abruptly retired at 30. Despite financial security, all wasn’t well at home. There were plenty of snide remarks following his loss to the “Golden Boy.” Azumah Nelson, Ghana’s greatest warrior, was revered for his humility. Quartey was considered arrogant.

Stunts like parking his SUV in the middle of a busy street for hours didn’t help (a miscommunication left him without a ticket for a local soccer match which he apparently wasn’t happy about). Incidents like this alienated “Bazooka” from Ghanaian society, where word of mouth travels fast.

His people wondered what could’ve been. So, few were surprised when 5,000 jammed Accra Sports Stadium in January 2005 to witness the return of the man they loved, hated, then loved again. Quartey promised change. His words were bolstered by his performance that night, albeit against a non-threatening American Clint McNeil.

But the sport of boxing hadn’t changed. Three fights later, Ike lost a decision to Vernon Forrest that is easily the most egregious verdict in a career littered with controversial outcomes—including a majority decision over Oba Carr that wasn’t close, the Draw versus Jose Luis Lopez, and the De La Hoya loss.

Odamtten can only shake his head when discussing the Forrest bout.

“I’ve moved on,” he declared, though not sounded too convincing.

Today, Odamtten is a staple of the Massachusetts boxing scene, having worked with former world title challenger Edwin Rodriguez and currently training a slew of up and coming local prospects.

Quartey’s career fittingly ended in a clear decision loss to Winky Wright, the mate he spent years toiling with in France. 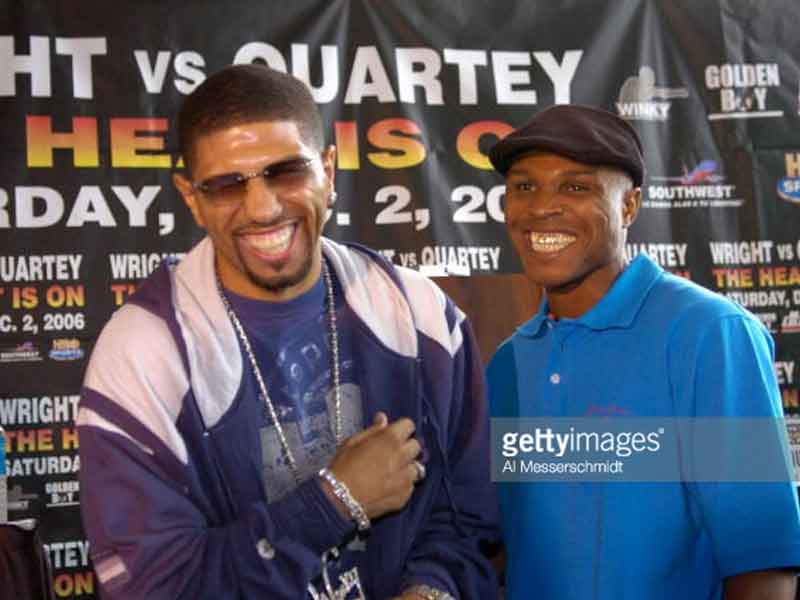 In 2009, his wife Barbara died suddenly due to diabetes complications. Quartey became a recluse following the tragic loss. These days, he keeps himself busy working on the construction of a three-story, multi-purpose hospital. Ike says he wants to give back to the country that made him who he was. He’s even rekindled his love for boxing, working with young amateur boxers much like Odamtten did with him.

“The amateur program in Ghana right now is disorganized,” he said. “If they build a foundation with the juveniles today, we can raise another Azumah or another Ike in 8-10 years. Even if the kids don’t choose boxing, it will strengthen them mentally and physically.”

Structure is what Ike Quartey believes will make the difference. Perhaps that’s why he erected his office building in the heart of Zongo Junction—a reminder to those neighborhood children that, with a solid foundation, they too can rise above the fray. 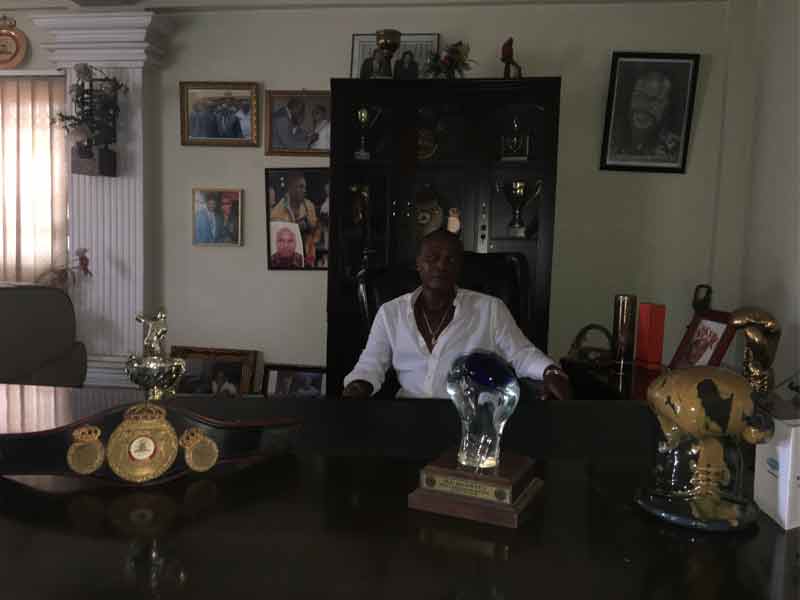