Baltimore’s “Tank” Davis, America’s youngest world champion, will attempt to become the first American to successfully defend his title on British soil in nearly a decade*, while Walsh (21-0, 14 KOs) aims to dethrone the man that Mayweather has christened the “future of boxing.”  (*Note: Paulie Malignaggi vs. Lovemore Ndou in 2008)

Davis vs. Walsh is part of a split-site, four-fight SHOWTME CHAMPIONSHIP BOXING telecast that begins on Saturday, May 20, at 6 p.m. ET/3 p.m. PT.  In the main event, Gary Russell Jr. will make his second featherweight title defense and long-awaited homecoming against mandatory challenger Oscar Escandon live from MGM National Harbor just outside of Washington, D.C.

The 22-year-old Davis, who has won by knockout in 16 of his 17 professional fights, will make the first defense of the IBF belt to won via KO over previously unbeaten Jose Pedraza in January.  The 30-year-old Walsh has won by knockout in three of his last four bouts and will be a decided local favorite at an expected sold-out Copper Box Arena.

The pound-for-pound great turned promoter Mayweather and Walsh’s two brothers, fellow professional fighters Michael and Ryan, led the jarring during Thursday’s festivities with Mayweather claiming “I’m 40 years old and I’ll kick all three of your asses in the same night.”

Team Walsh was “not intimidated one little bit” by Mayweather or Tank, while the southpaw Davis promised “On Saturday night you’ll be on your ass.  And then your brothers can get in next.”

Below are highlights of what the participants had to say on Thursday:

“I’m just on a whole different level.  I do know they built you good, but you’ve been dropped before.  They’ve been protecting you from the power, so I know you have no chin.  On Saturday night you’ll be on your ass.  And then your brothers can get in next.

“I’ve just been trying to stay level-headed.  Getting that belt brings me that much closer to what I want to do – to take over the sport of boxing.  With the performance I put on Saturday night it will bring me a step closer to being the star of boxing and follow after Floyd Mayweather.

“Having Floyd in my corner gives me a lot of confidence.  Floyd has been pretty hands on with me, he’s been getting up and training and running with me.  He was my hero in the sport of boxing coming up so to just have him in my corner now is amazing. 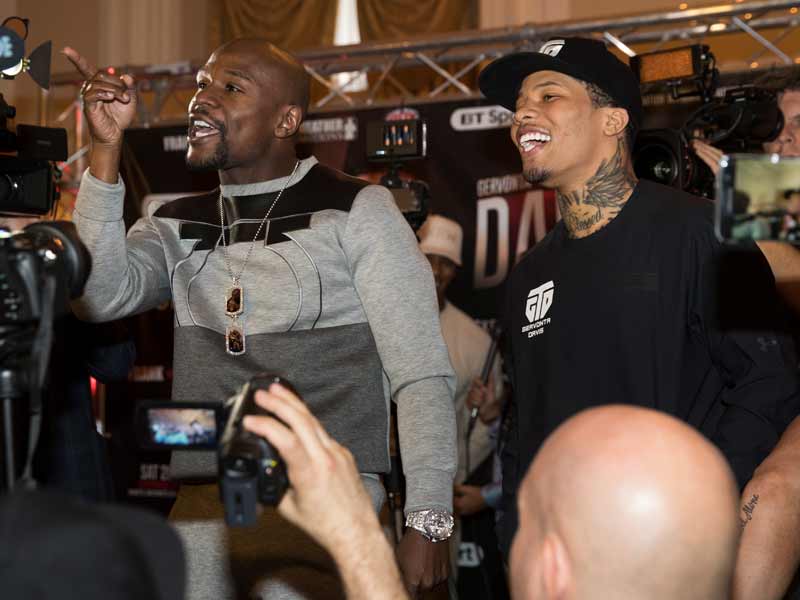 “I won the belt and now my focus is to take over the sport.

“Growing up in Baltimore, it has a high crime rate.  It’s been tough.  Where I’m from the gym is in the hood.  If it wasn’t for the gym I’d either be in jail or dead.  That’s not what I want to be.  Boxing saved my life.”

“He’s physically very good.  He’s very fast, very powerful.  He’s a good puncher and performed beyond his years against Pedraza.  You can’t knock his performance whatsoever, but there’s still a lot of questions that he has to answer.

“The southpaw stance doesn’t affect me too much.  I can switch between the two.  I’m comfortable in both stances so that doesn’t bother me. 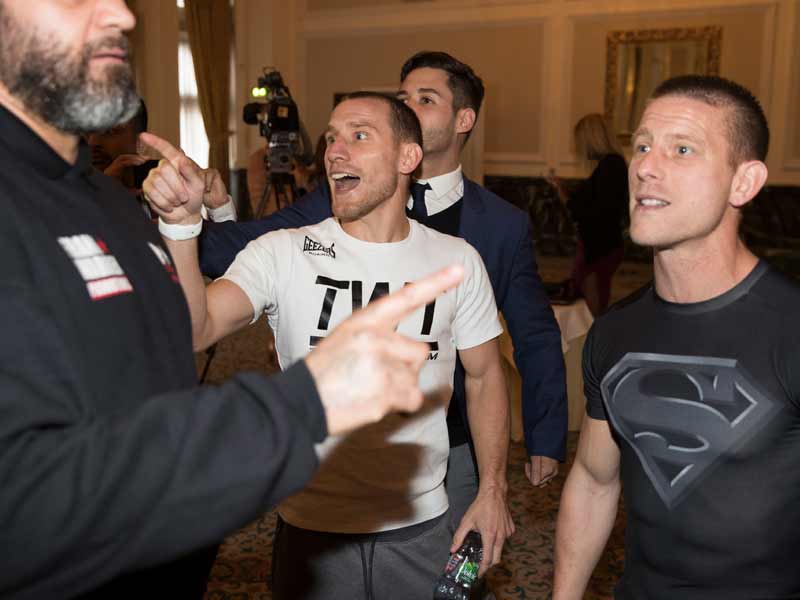 “I don’t think I can put it into words what it would mean to win the title.  It’s been a dream of mine since I was a little child.  The feeling, the emotion, I can’t put it into words.  This is the biggest night of my life.

“There are definitely flaws in his game and they’re there for me to exploit.  I plan to take advantage of his mistakes.  When I was 22, there were definitely mistakes I made that I wouldn’t make now.  So maybe it’s the perfect time to fight him.

“I’m not intimidated one little bit.  Not by Floyd, not by Tank, not by anyone.

“When its lights, camera, action and the bell rings, 17 times he came out victorious and 16 by way of (knockout).

“His team does a remarkable job, but it’s my job as a friend and a father figure to tell him to come to Vegas to get him the best work.  We wanted him to have different looks.  We want guys that were going to push him, give him different styles.

“This kid, he busts his ass day in and day out.  We’re going to continue to go out there and do what we do.

“I already conquered your country once (with Ricky Hatton) and now we’re going to conquer it again on Saturday.

“I don’t miss being in the gym at all.  If I can push this fighter to surpass me and break every record, that’s a goal of mine.  That’s what we’re here to do.  Records are made to be broken.

“I remember when I met Tank on the Canelo (Alvarez) press tour and he asked to take a photo with me.  When I took a photo with him I said, ‘there’s something about that kid that looks special.’

“He came to my gym and put in some real good work and I reached out to him and said, ‘whatever it takes to work with you and get you to the next level, let’s make it happen.’  I told him, ‘if you listen to me and continue to work hard I truly believe you can be world champion within 24 months.’  And that’s just one stepping stone.  As of right now he’s one of the only fighters in boxing facing back-to-back undefeated fighters.

“Frank Warren, Liam Walsh, we just want to commend you guys for stepping up to the plate and making this fight happen and giving the fans what they want to see.  The fans want to see blood, sweat and tears.

“Tank is always in tremendous fights, he’s a big knockout artist.  I truly believe in my man, and I want to work with him until the end of his career.”