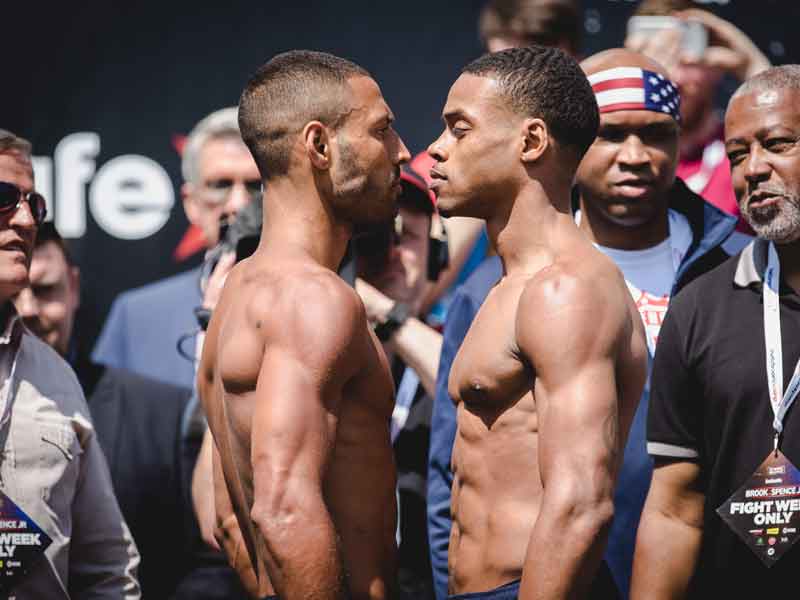 Brook (36-1, 25 KO’s) and Spence (21-0, 18 KO’s) have promised fireworks and we can expect them to deliver, especially if the fight is as tense as the Brook-Spence weigh-in. Here are the weights and weigh-in video below:

On the undercard, George Groves will aim to become a world champion for the first time when he faces the Russian Fedor Chudinov for the vacant WBA super-middleweight title. Both tipped the scales prior to the Brook-Spence weigh-in. Here are their weights: