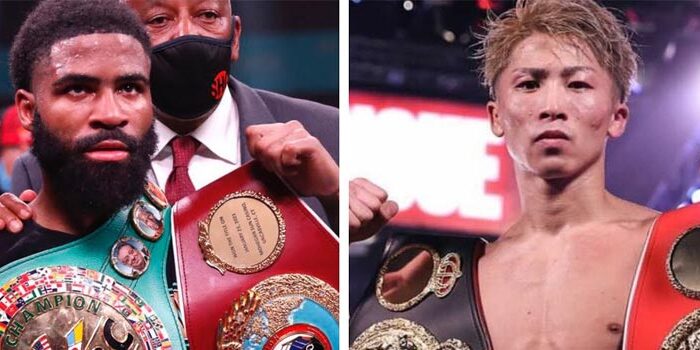 A pound-for-pound showdown is on the horizon.

BoxingScene.com has learned that a deal has been reached for a Stephen Fulton-Naoya Inoue championship fight. Fulton will defend his unified WBC/WBO junior featherweight crown versus Inoue, who recently vacated his undisputed bantamweight championship in pursuit of winning a title in a fourth weight division.

The exact date and location are to be determined, with a targeted time frame of later this spring (May or June) in Japan. The stellar matchup will mark the fourth straight in his home country for Inoue, while Fulton will fight outside the U.S. for the first time in his eight-plus year pro career.

Both fighters deserve credit not only for accepting the fight but taking their respective careers into their own hands to ensure that a deal was reached without the sport’s usual distractions that come with matchups of this magnitude.

Philadelphia’s Fulton (21-0, 8KOs) has long called for blockbuster fights since his arrival on the title stage, specifically calling for showdowns with Inoue and fellow unified 122-pound titlist Murodjon ‘MJ’ Akhmadaliev (11-0, 8KOs) who holds the WBA/IBF belts. Both fighters have remained on his radar well after his most recent performance, when he dominated former WBA/IBF titlist Danny Roman over twelve one-sided rounds last June 4 in Minneapolis.

The win was the lone fight of 2022 for Fulton following a Fighter of the Year-level 2021 campaign that saw him dethrone a pair of unbeaten titlists. Fulton handily outpointed Angelo Leo to win the WBO junior featherweight title in January 2021, followed by a majority-decision win over then-unbeaten WBC titlist Brandon Figueroa in their November 2021 Fight of Year-worthy affair.

Fulton’s name resurfaced last November during the annual WBC convention, when it was revealed that a discussed rematch with Figueroa (23-1-1, 18KOs) would come with the interim WBC featherweight title at stake. The ruling allowed for a four-man tournament to be ordered at junior featherweight, with Azat Hovhannisyan-Luis Nery and Ra’eese Aleem-Alan David Picasso as the suggested semifinal eliminators.

Neither fight has yet to materialize, nor were final terms ever reached for Fulton-Figueroa II despite reports from other outlets suggesting a February 25 date for their rematch.

Instead, Fulton is prepared to make his third overall title defense and second as the unified champion.

It comes immediately after Inoue (26-0, 23KOs) abdicated the bantamweight throne after making history for his native Japan. The longtime pound-for-pound entrant from Yokohama became the first Japanese—and Asian—boxer to claim undisputed champion status in the multi-belt era following his eleventh-round knockout of England’s Paul Butler. Inoue entered their December 13 unification clash as the lineal/WBC/WBA bantamweight champion and left the ring with Butler’s WBO strap in tow.

As BoxingScene.com reported prior to Inoue’s repeat win over Donaire in their three-belt unification last June, the plan for the three-division champ was always to stay at bantamweight just long enough to get that final chip. He honored that commitment with his announcement on January 13—exactly one month to the day of making history—of his plan to conquer the junior featherweight division.