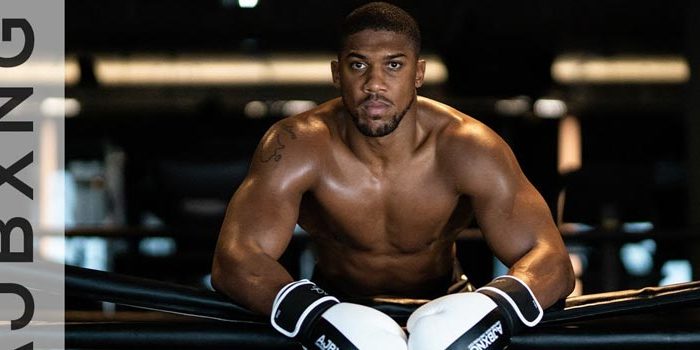 Like many of those who came before him, boxing rescued Anthony Joshua from the streets, took him to the gym and made him a star in the ring for the world to see.

Perhaps boxing had not come, this British-Nigerian could have succeeded as a body builder due to his God given physique.

He embraced the first love, immersed his soul in it and won an Olympic gold for Great Britain. The world loved him, including the theatre of boxing, USA.

The boxing world was tired of those who slapped in the ring instead of boxing. Tyson Fury’s license had been seized over substance abuse outside boxing. His last performance against Wladimir Klitschko was unimpressive.

Deontay Wilder was fighting minnows and winning easily with just one punch when Joshua came. The Briton’s performances against Dillian White, Alexander Povetkin, Wladimir Klitschko, Kubrat Pulev, Carlos Takam and a few others brought life back to the ring.

The Americans were desirous to see Joshua in the US, they quickly arranged Jarrell Miller but the contest failed. Andy Ruiz jr quickly came on board who would later become the British upset and albatross.

Joshua showed his class but everything changed in round three. The British knocked down his opponent but never survived the same round. Ruiz hit Joshua in the temple and disrupted his tactics. Joshua never recovered. That was the beginning of his falls.

Of course he won a rematch and also went on to defeat Pulev, Joshua had changed from what he used to be, an aggressive fighter to a more careful puncher.

In one year, he lost twice to a smaller but more tactical boxer, Oleksandr Usky. His outburst after the loss was a sign of frustration. At the post match press conference, Joshua shed tears and one could see boxing leaving him.

Now it is becoming more visible where Joshua’s spirit is moving by his new year statement that he will love to pursue a career in acting and it will be in Hollywood.

There is nothing bad in thinking about life after boxing but it is too earlier in the year as it signifies a strong resolution. Of course he still has the chance to contest with the elite, there are no indications that he can lay hand on any the belts this year.

Joshua has tasted glory and will have to wait for the winner of Fury and Usky for any title fight. And before this can happen, he must fight either Whyte or Joe Joyce or Wilder.

For me, I don’t see Joshua beating Wilder. He had beaten Whyte once but can he beat Joyce? These are the heavyweight in the elite club at present whom Joshua must beat to take a shot at any belt without which he should proceed to acting.

I will be among the first persons to welcome Joshua to movie industry because I know he will succeed. He will succeed because he is already a star. Muhammad Ali was also an actor.