An emotional Hadebe (12-3-2, 3 KOs) thanked God and her sponsors including the promoters ESPN for making it happen.

l feel great for winning the title, said the 28-year-old Hadebe. “l’ll defend it in a couple of fights and then aim for the WBC flyweight title.”

Hadebe, spurred on by her hometown crowd, controlled the action from the opening bell, launching her attack behind a steady jab and working in combination to the head and body in close quarters.

Vunjabei’s left eye began to swell as early as the second round. A steady diet of right hands caused further damage. In the eighth round, she had to be attended to by the ringside doctor who gave her the nod to continue with the eye almost swollen shut. 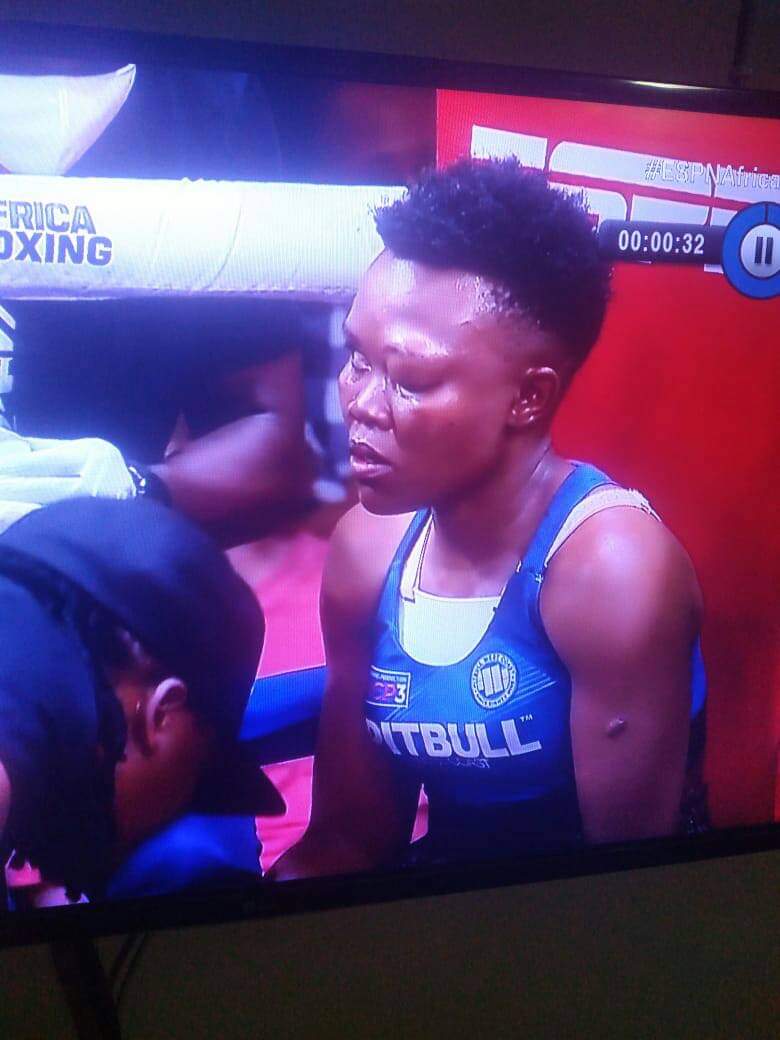 “l feel sorry for my opponent Halima for the injury, that’s sports, said Hadebe. “l congratulate her for putting up a good fight.”

Hadebe’s manager, Colleen McAusland, felt the referee should have stopped the fight earlier.

“Smash dominated every round and didn’t take a single hard punch,” said McAusland. “Vunjabei took a lot of punishment. The eighth round was too much for her. That’s when the referee should have stopped the fight.”

Hadebe, a victim of child sexual abuse, used the occasion to highlight this common vice in South Africa.

She walked into the ring accompanied by her seconders one of whom carried a placard which read: “l will use my voice to find help for abused women and children in Africa.” The placard also had a hotline telephone number, 116.

“Starting my pro career in 2016 was very difficult, especially when it came to finding opponents to fight me. That’s why l ended up in bantamweight which was not my weight category,” she explained.

“The problem in South Africa is that female boxers are so few, so you end up fighting the same opponent multiple times which is not good for the development of pro boxing,” said Hadebe, citing her three fights with Johannesburg-based Malawian Ellen Simwaka whom she singles out as her toughest opponent so far.

“l have fought three times with Ellen, and all those three fights were tough, l won, lost and drew. She assisted me prepare for my ABU title fight as my sparring partner.” 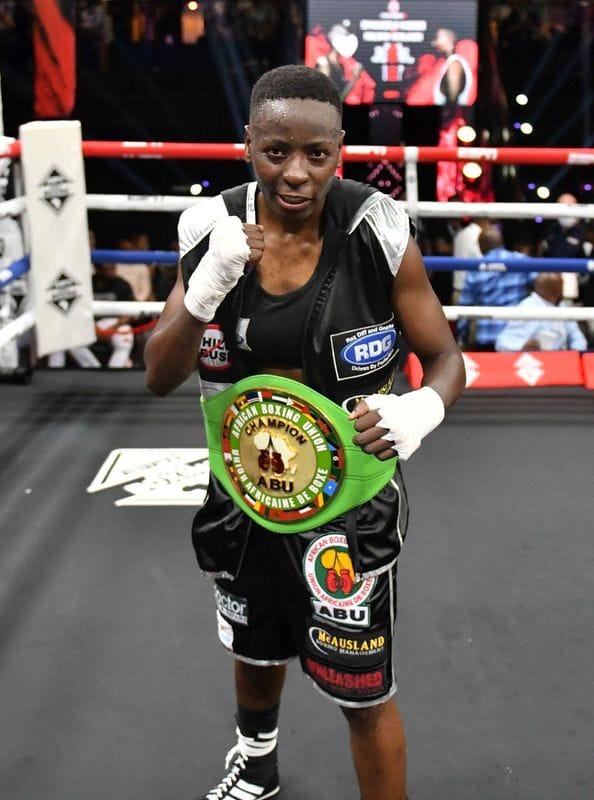 Zingange was in control from the opening bell, using his jab to good effect as he kept the ever-pressing Mpontshane at bay. The challenger was extremely accurate with his shots and kept tagging Mpontshane on his way inside. Nevertheless, the champion kept pushing forward and he paid the price in the sixth round when a straight right cut the top of his left eye.

From that point on it was all Zingange and he highlighted his superiority when a stiff jab sent Mpontshane to the canvas in the seventh. The champion quickly got back up but was chasing the fight in the following rounds and the challenger took full of advantage of that, landing blows almost at will. In fact, Mpontshane was lucky to survive the closing rounds and will be happy to escape the night without being knocked out.

Darren Rossouw wins by TKO over Zimbabwe’s Thembani Mhlanga (2 min, 22 secs in round 6)