Never has the 33-year-old Ghanaian been so close to his dream of hoisting a world title. The magnitude of the moment isn’t lost on him.

“I am confident that I will return back home victorious after the fight to prove to Ghanaians what I’m capable of.”

Even so, Tagoe enters the bout a decided underdog. The ultra-talented Garcia (21-0, 18 KOs) was a celebrated amateur whose star power has soared since turning pro. Blessed with fast hands, power in both fists and a 5-foot-10 frame that towers over the average lightweight.

In his most recent bout, Garcia turned in his finest performance to date, rising from an early knockdown to stop Luke Campbell with a vicious left hook to the body in the seventh round of their January 2021 encounter.

The Californian hasn’t fought since, canceling bouts with both Javier Fortuna and Joseph Diaz, the former after citing mental health issues and the latter due to an injury suffered in camp.

Garcia will also enter this bout with a new trainer after spending the last three years working with Eddy Reynoso, the famed trainer of Canelo Alvarez among others. New trainer Joe Goossen is one of the most respected names in the sport, with names like Diego Corrales, the Ruelas brothers and many more all in his dossier.

Tagoe, on the other hand, is coming off an even longer layoff. The slick southpaw hasn’t fought since November 2020, when he won a 10-round majority decision over Mason Menard. He’s since struggled to find opponents—until now.

“It was a very difficult period for me all these months without a bout. The reason for their refusal to fight me was obvious right from the onset,” said Tagoe.

“I know I’m one of the best fighters at 135 pounds and that is why most of the fighters avoid me. I want to thank Garcia for having the courage to fight me this time around.”

Tagoe, who had been training in Ghana with the respected Lawrence Carl Lokko, left for the US on Tuesday night where he will work with Javiel Centeno in Centeno’s Florida-based gym. 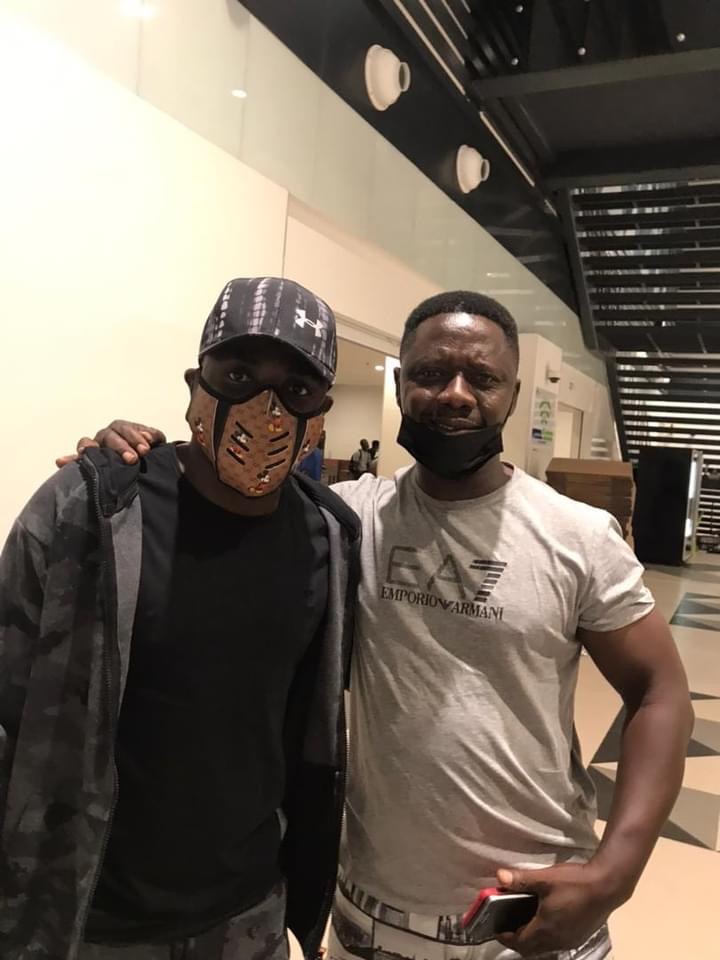 At some point, Lokko will join the pair in the US. The former trainer of Richard Commey has a long-standing relationship with Tagoe and will likely be a part of his corner on fight night.

“I’m pitching camp in Florida with my American trainer but Carl Lokko will join me in the US later for the fight,” said Tagoe.

“Training in Ghana has been great because Carl Lokko has been of great help to me since the bout was announced.”

One of the hottest divisions in the sport, the lightweight class boasts names like Gervonta “Tank” Davis, George Kambosos Jr., Devin Haney, Vasiliy Lomachenko, and the aforementioned Garcia and Commey.

Tagoe is eager to join the fray, even if it means eventually facing Kambosos, the unified 135-pound champ and a close friend to the Ghanaian. The two were in camp together in the lead up to Tagoe’s last bout.

“It will not be a problem to fight George because this is a business and we both understand it,” Tagoe pointed out. “He is my friend and we do so many things together but he knows I need his belts and I will do everything to get the chance to challenge him for the titles.”

First, Tagoe must get past Garcia, no easy task. Ghana boxing is no stranger to the Alamodome; Azumah Nelson fought twice there, drawing with Jesse James Leija in September 1993 and then losing to Leija in 1998. Tagoe is hoping for a different result fighting on enemy territory. Whether he can pull it off remains to be seen.