The two super featherweights were on hand for a joint press conference/weigh-in Friday at La Palm Royal Beach Hotel in Accra. Their main event encounter will occur Saturday night at the same venue in a card presented by Ace Power Promotions, in conjunction with US-based DiBella Entertainment and UK-based Streetwise Management. 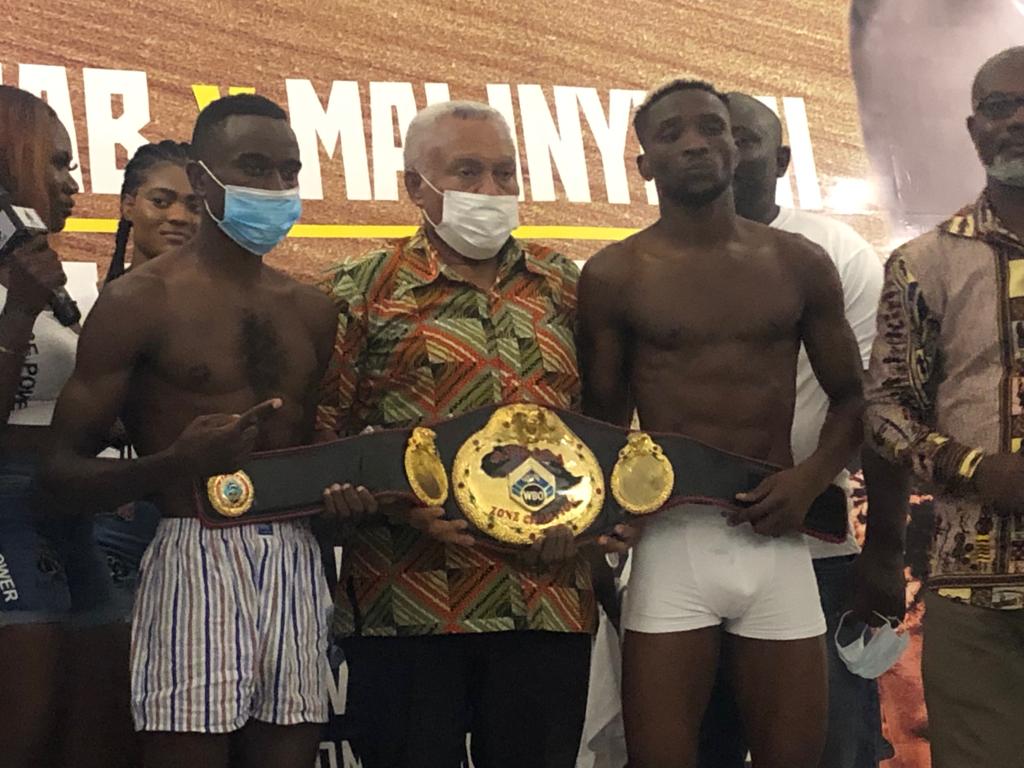 Wahab, who fights primarily out of Ghana and is trained by Ghana coach Charles Quartey, is defending the title he won in July when he knocked out Muksini Swalehe in Lagos, Nigeria. He is a strong favorite to pull off a similar result on Saturday night.

“I respect my opponent’s achievement but I don’t see him as a threat to my title,” said Wahab during Friday’s press conference.

“He has to be ready for me because I have only one objective in the ring and that is to win and maintain my world title ambitions.”

“I can’t return home empty-handed and that is why I am prepared to win and go back home with the belt,” he said.

“It is a belt I can’t leave without because I promised my people back home that I will return with the title. So, as it stands, it’s either I stay in Ghana forever or I leave with the belt,” Malinyingi concluded.

Quartey, Wahab’s trainer retorted, “Are you sure you are ready to live in Ghana? I am ready to offer you a room to stay because I don’t see you having a chance against Wahab.”

Action for tomorrow’s card is expected to begin at 7:00 pm and will be televised by GTV Sports+. On the undercard, another super featherweight battle will go down as Success Tetteh faces Emmanuel Sackey. In a lightweight bout, Richard Fenyi takes on Samuel Lartey at lightweight.