There is reason for optimism regarding Ghana boxing, thanks to new Ghana Boxing Authority (GBA) President Abraham Kotei Neequaye.

On Thursday, a press conference was held at Trust Sports Emporium in Accra announcing the launch of the Ghana Professional Boxing League. As part of the announcement, a five-year sponsorship deal worth $1.7 million has been provided by IMAX Media Group to the GBA in order to launch and maintain the league. 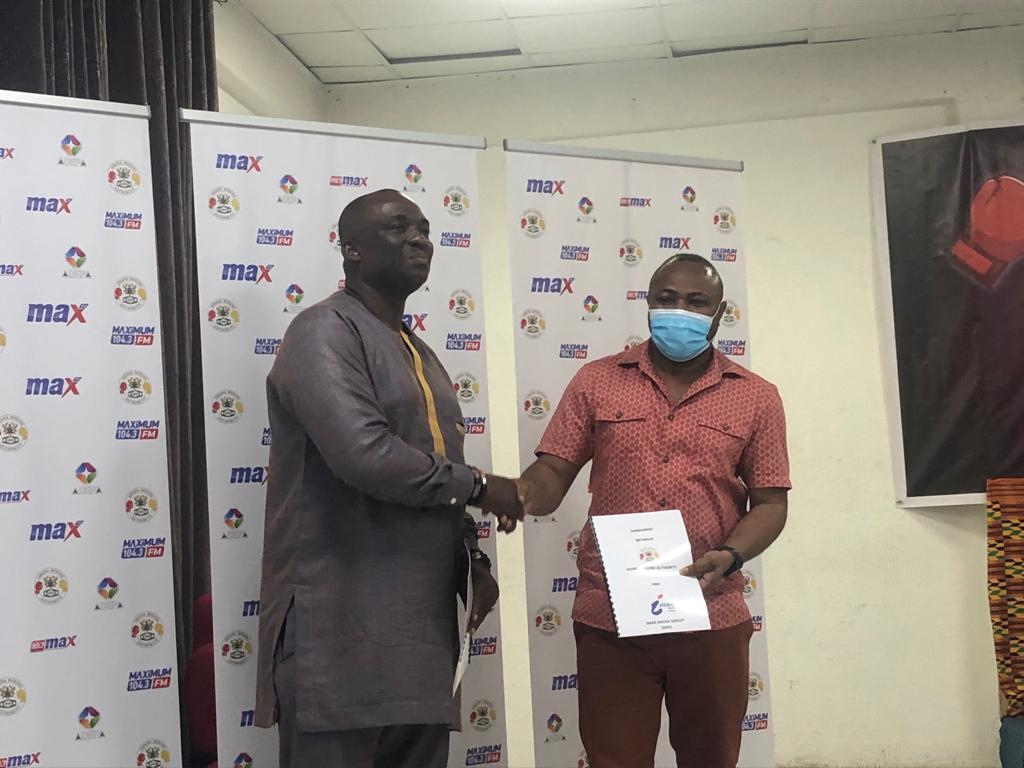 Executive members of both the GBA and IMAX were present during the announcement, including IMAX Chairman and CEO Maxwell Techie, along with GBA president Neequaye.

IMAX Group Director Fadi Fatal explained that the GBA will receive $450,000 annually to stage two seasons of the league every year. The first season is scheduled to commence in February and end in June next year.

“I believe the collaboration will go a long way to offer boxers the opportunity to be active and cater for their expenses.

“The annual $450,000 that would be offered to the GBA is expected to cover cost of purses of fighters, ring officials and organization of the league,” said  Fatal.

He noted that the sponsorship package with the GBA grants Imax Media Group a managerial and promotional license as well as makes them sole broadcast rights owners of the Ghana Professional Boxing League through MAX TV.

GBA president Neequaye noted that the league would take place twice a month to allow other promoters the opportunity to stage their fights in between the dates.

“This is a game changer for the boxing fraternity and I want to call on all boxers to embrace it to their advantage,” said Neequaye.

Part of the goals for this league is to keep pro boxers in Ghana active as well as provide them a platform to display their talents. A press release from the GBA states that “The league will bring about healthy competition among boxers and gyms as well as the needed rivalry among  communities such as  Bukom, Chorkor, James Town, Accra New Town, Teshie, La and other boxing gyms in Sunyani, Keta, Kumasi and Cape Coast.

It should also be noted that only licensed stakeholders will be allowed to participate in the league.

“This league is not going to destroy the works of our promoters as many believe and that is why we are offering the chance to them to stage bouts in between,” said Neequaye.