The seven-bout card starts at 6 p.m. East African time. Another title will be on the line in the co-feature as Tanzania’s Tony “AK 47” Rashid 12-1-2 (12 KOs) defends his ABU super bantamweight title against South Africa’s Bongani Mahlangu (22-8, 10 KOs).

Regarding the two title fights, ABU president and WBC vice president Houicine Houichi said, “These title fights are very important for Mwakinyo and Rashid. If they win, they will go to the upper stage in WBC ratings and can set good opportunities to fight for WBC international titles if their promoter can follow as it is another level and needs financial backing.”

“It’s not easy for a boxer with such an impressive record to accept fighting against his fellow African in the continent,” says Mwakinyo, who captured the ABU strap last March with a ninth-round KO over Maiala Antonio.

“I’m fit for the fight. I’ve trained very well and I’m sure I’ll knock out my opponent.”

Indongo, 23-3 (12 KOs), has been on a downward spiral since becoming the unified WBA/IBF world 140-pound champion in April 2017. That August, he lost those belts to Terence Crawford via third-round KO. Then in March 2018, in his next bout, Indongo was stopped in two rounds by Regis Prograis.

Last November, Indongo was knocked out yet again; a second-round TKO loss to Kazakh prospect and 2016 Olympic gold medalist Daniyar Yeleussinov in a welterweight bout.

Now campaigning at 154-pounds, the 38-year-old Indongo is hoping to make one last run at a world title.

The co-main features southpaw Rashid, 27, who won the vacant ABU title in September 2019 with a 10th-round TKO victory over South Africa’s Siboniso Gonya.

Rashid is considered one of the most impressive boxers from Amoma Boxing Academy, based in Mbezi, Dar es Salaam. The academy is owned by the promoter of tonight’s card, Amos Nkondo Amoma, who also doubles the coach.

This will be Rashid’s second defense of that title. In August 2020, he delivered a second-round TKO over Yamikani Mkandawire in his first title defense. He faces a Mahlungu coming off a 12 round points loss to Rwanda’s Switzerland-based Patrick Kinigamazi title in December 2019. 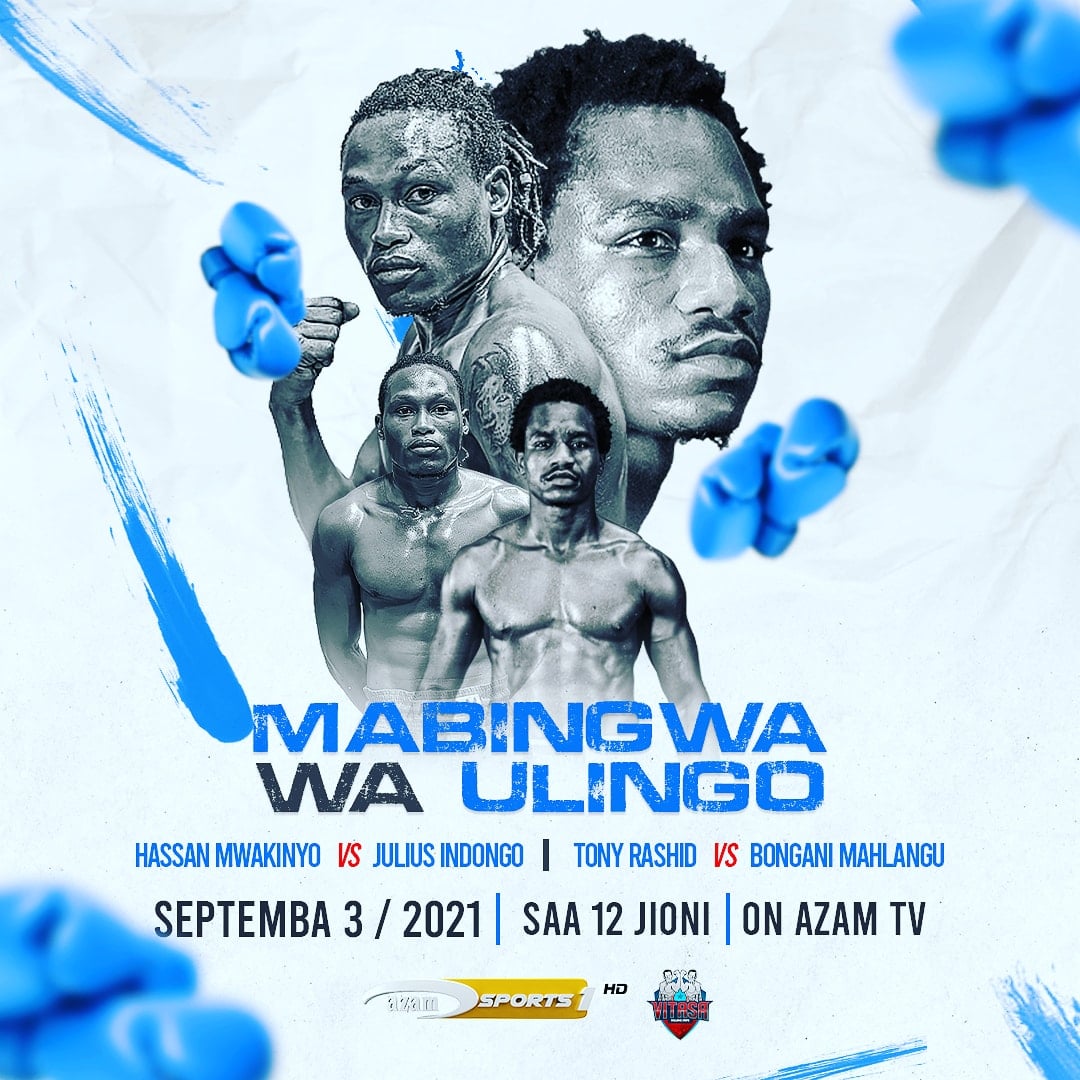