In a move that will certainly be applauded worldwide, the Ghana Boxing Authority (GBA) has lifted its two-year ban on former world lightweight champ Richard Commey.

Reactions to Commey’s banning ranged from folks calling it “nonsensical” to “arrogant” on the part of the GBA (read our editorial on the topic HERE). Not that it mattered much to Commey, who does not fight out of Ghana and does not need their approval to make a living. Nevertheless, the banning pushed the lightweight’s already lukewarm relationship with the GBA into arctic territory.

All that changes now, thanks to new GBA President Abraham Kotei Neequaye, who reversed the prior regime’s decision in a letter dated September 28, 2021, published below: 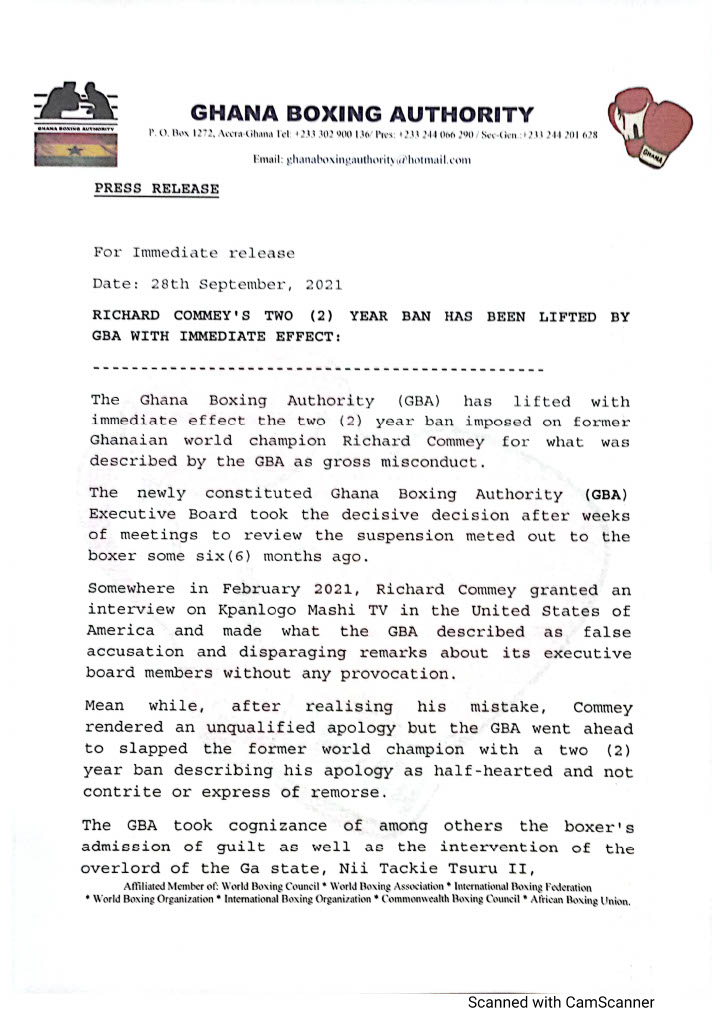 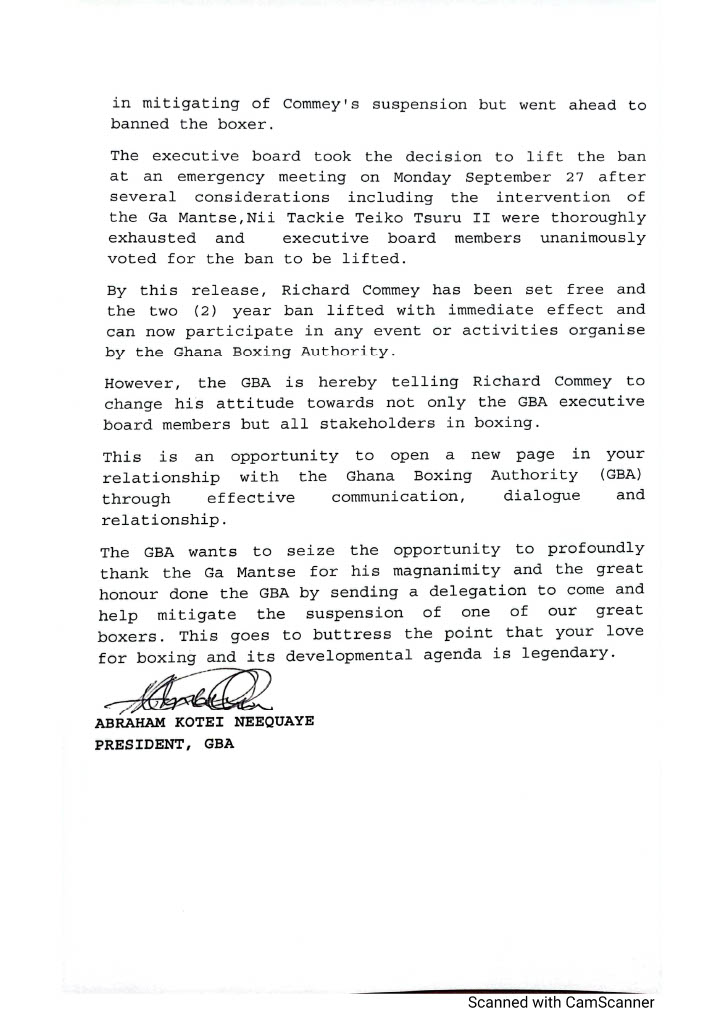