Ghana’s Alfred Lamptey made a strong statement on Saturday night, dominating Iddi Kayumba of Tanzania on his way to a 10th-round TKO win at Accra’s Bukom Boxing Arena. 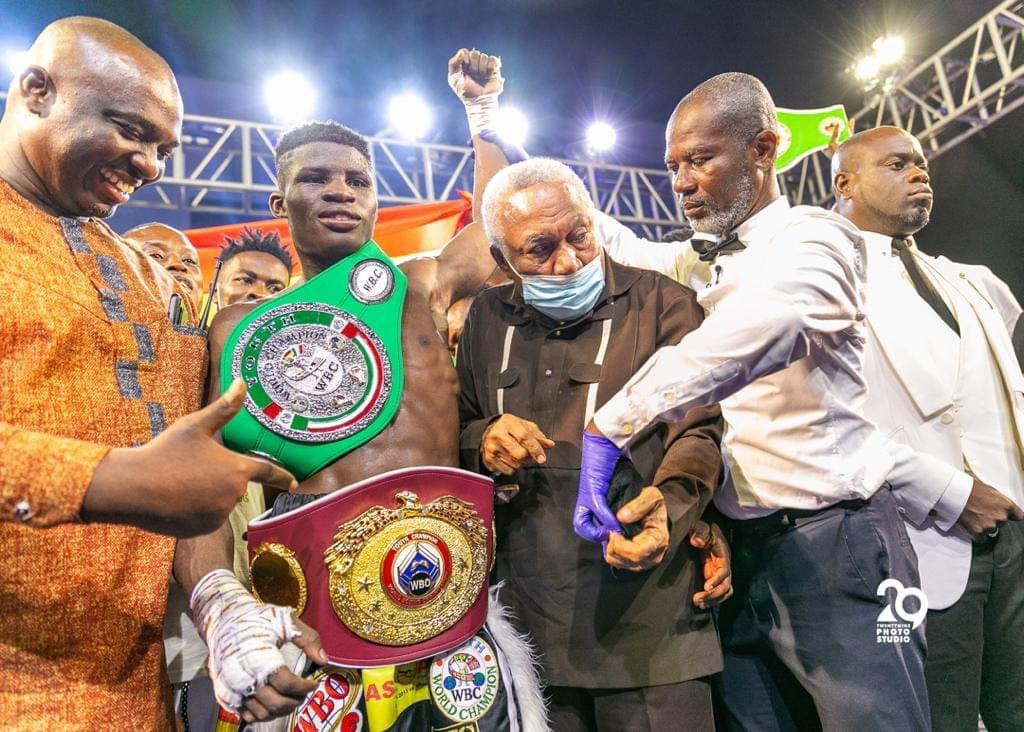 It was an excellent performance from the young talent, who controlled the action from start to finish before closing the show in fine fashion.

“I knew it was not going to be easy so I prepared very well for the fight,” Lamptey told BoxingAfrica.com. “Winning in his fashion is all I have been working hard for and I am glad I was able to achieve that.”

Lamptey got off to a quick start in the first, working behind an educated jab. His power shots found a home in the second as a counter left hook sent an off-balance Kayumba to the canvas.

Kayumba (14-4-2, 7 KOs) made it to his feet but offered little in the way of retaliation. Round after round, Lamptey closed in with fast footwork and then utilized his equally fast hands to land combinations to the head and body.

Exhibiting a poise that belied his age, the Ghanaian slowly broke his opponent down. If Lamptey was affected by Kayumba’s southpaw stance, it didn’t show. At times, he switched southpaw himself with success.

The beatdown took a turn for the worse in the seventh. Lamptey’s power punches seemed to have greater effect on the wilting Kayumba. Lamptey poured it on in the eighth and ninth as referee Roger Barnor watched closely. Barnor had no choice but to step in during the 10th when a series of head-snapping shots landed on a Kayumba who did little but cover up to no avail.

A beaming Lamptey, was all business afterward. “Now the focus is to see the available options going forward so my team can decide on what to do next. I will be ready for any decision taken.”

On the undercard, Prince ‘Octopus’ Dzanie stopped Sherif Kareem of Nigeria in five rounds in a bantamweight contest while Marvelous Doodoo lost via fourth-round TKO to prospect Mohammed Aryeetey during a flyweight clash.

Debutant Henry Malm stopped Henry Ashie in one round of their welterweight contest and Gabriel Cofie retired John Quaye in the fifth round of a lightweight clash.