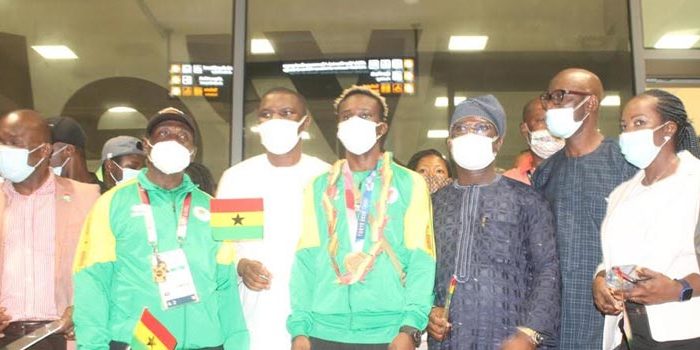 With his Olympic bronze medal dangling around his neck, a beaming Samuel Takyi was given a heroic welcome on Friday when he landed in native Accra.

Takyi, along with teammates Sulemanu Tetteh and Shakul Samed, and trainers Kwasi Ofori Asare and Vincent Akai Nettey, were received at the Kotoka International Airport in Accra by hundreds of family members, friends and fans. 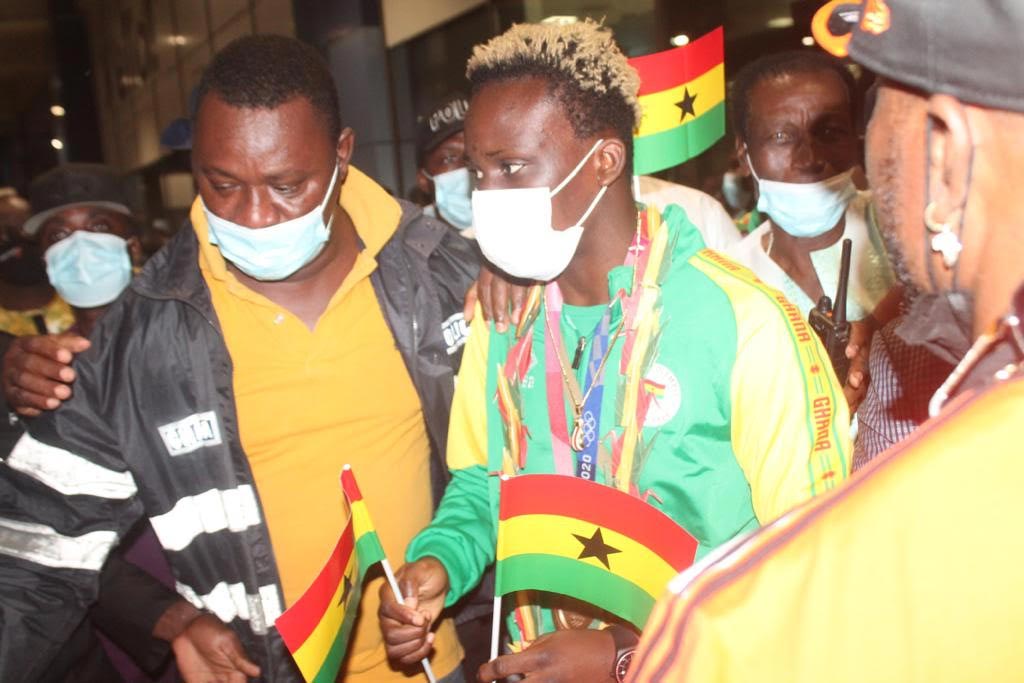 “I want to thank everyone for the show of love since my first appearance at the Olympics and I will forever be grateful,” Takyi told the adoring crowd.

Standing next to Takyi was Tetteh, the skipper of the Black Bombers. Tetteh thanked everyone for coming in their numbers to welcome them back home and hailed their trainers for ending Ghana’s 29-year Olympics medal drought.

The 20-year-old Takyi is Ghana’s fifth Olympic Games medalist and the fourth boxer to have won a medal at the games for the country.

Clement Quartey was the first Ghanaian athlete to win a medal at the games in 1960 when he finished the competition with silver in Rome.

Add Tayki to that list. The talented Accra product began his Olympics run by drawing a bye in the preliminary stage before defeating Jean Carlos Caicedo of Ecuador at the Round of 16.

He went on to beat Columbian Ceiber Avila in the quarter-finals to reach the medal zone which guaranteed him at least a bronze.

Takyi lost a close split decision to heavy favorite Duke Ragan in the semi-finals. He made history by becoming the sole African fighter to win a boxing medal in Tokyo.

In March 2019, Takyi competed at the Africa Boxing Qualifiers in Dakar, Senegal. Making his first appearance on the international stage—and his first crack at the Olympics—Takyi and Tetteh both qualified for the summer games.

The rest is history.

“It has been a long road for me and my colleagues but I’m glad our efforts didn’t go in vain during the Olympics,” Takyi said.

“I know the expectation of Ghanaians after my achievement and I promise to work harder to realize my dreams in the sport.” 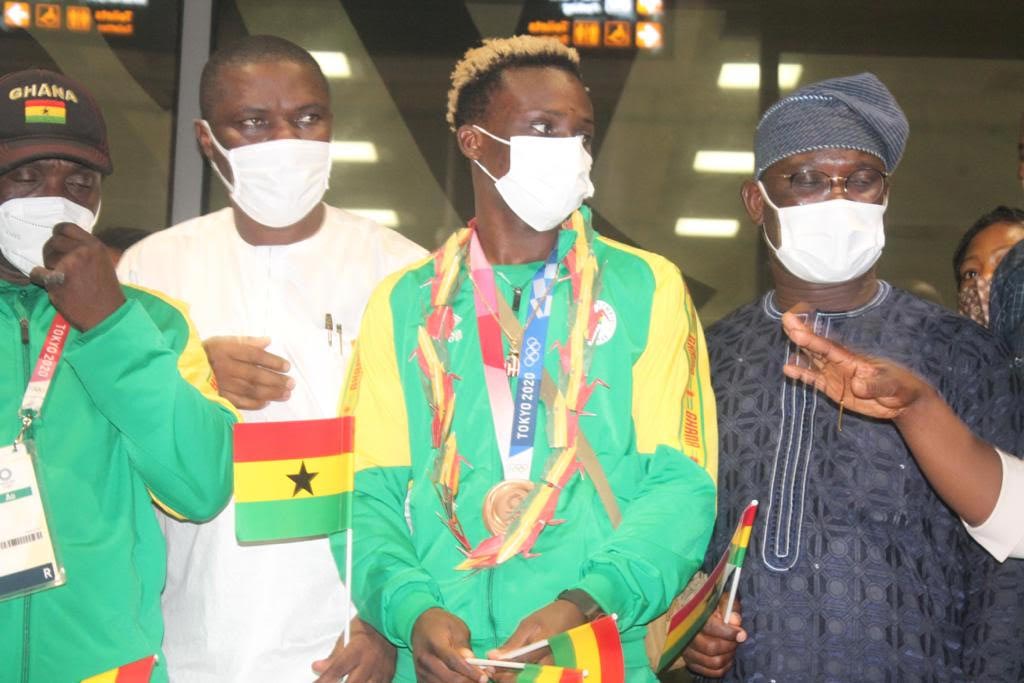 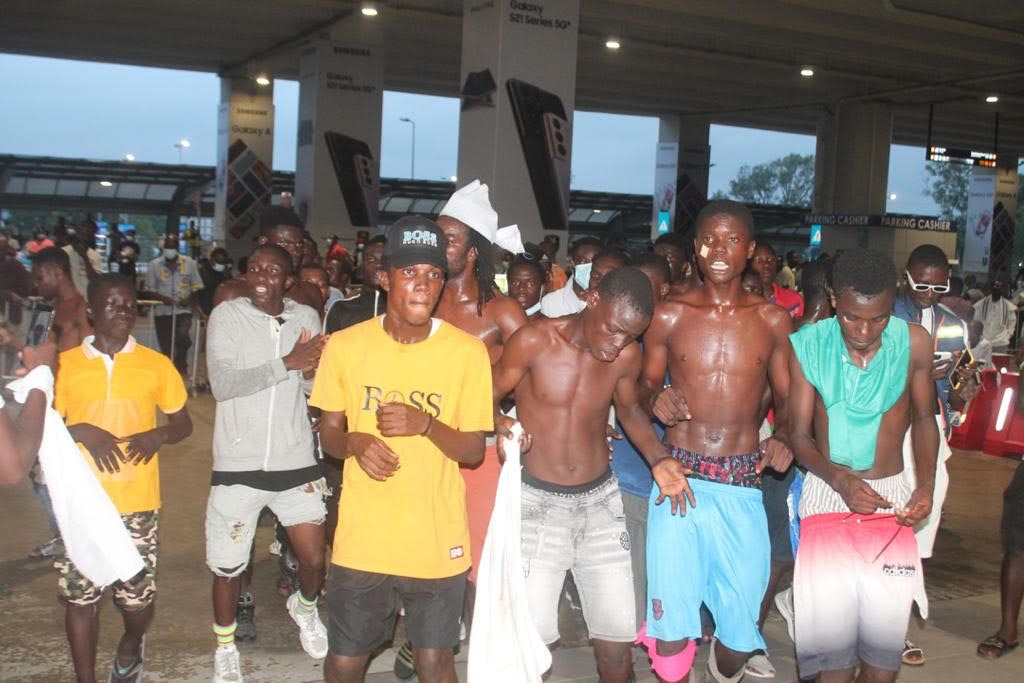 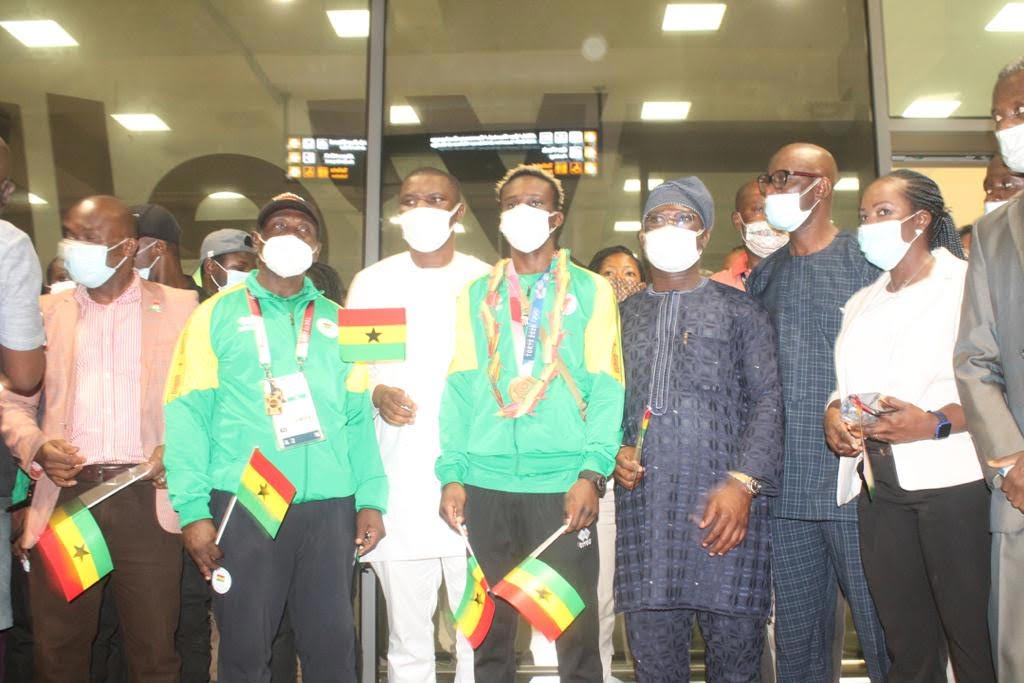 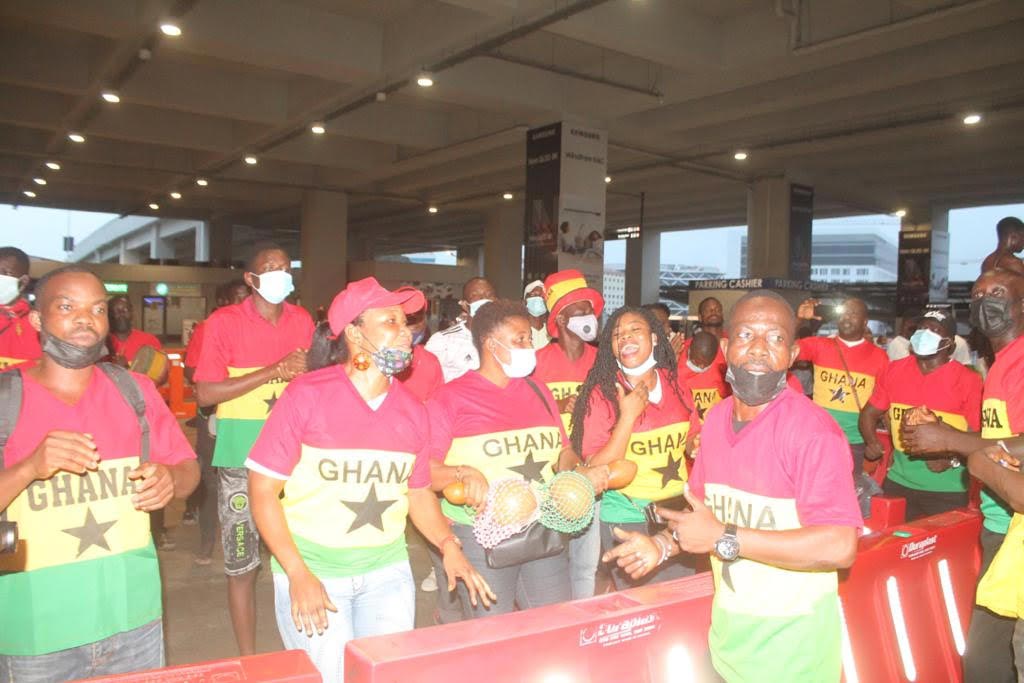