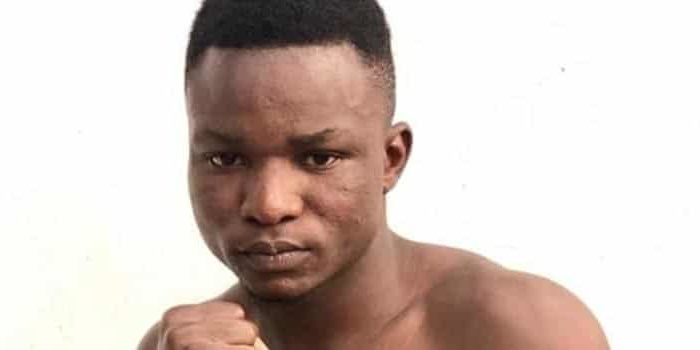 On the cusp of breaking through, Wasiru Mohammed has gone missing.

It’s been months since Mohammed, the unbeaten WBO Global super bantamweight champion, has spoken to his manager, trainer, and his promoter—none of whom know his whereabouts.

Mohammed’s disappearance is a headscratcher given the timing. The Accra, Ghana native had recently signed a promotional contract with respected American promoter Cameron Dunkin of D&D Boxing. A move to the US appeared imminent—and the opportunities that would accompany it, promising.

All of that is on hold for now.

“My understanding is that they haven’t been able to reach him,” said Dunkin during a conversation with BoxingAfrica.com. “I need him to contact his manager John [Manfo] so we can get all this paperwork done and bring him over to the US.”

One year ago, Mohammed was considered one of the hottest young boxers in Ghana. There were rumors that he regularly got the better of Isaac Dogboe in sparring, even flooring the former champ.

These stories seemed believable in light of the ease with which Mohammed (12-0, 11 KOs) dispatched the usual suspects as he ascended the 122-pound ranks. Under the guidance of trainer Lartekwei Lartey of Accra’s Fit Square Boxing Club, the 25-year-old slugger appeared destined for a world title. Manfo was convinced after watching Mohammed’s sparring sessions with Dogboe and ultimately signed him to a managerial contract.

“He was ranked high by the WBO but everyone ahead of him was based in the US,” said Manfo. “I knew we needed to get him to the US in order to position him for a world title.”

Fortune, they say, favors the bold. A top 10 ranking doesn’t hurt either. It certainly caught the eye of US-based Dunkin, the man who discovered and guided the careers of fighters such as Terence Crawford, Timothy Bradley and Kelly Pavlik, among others.

Dunkin still possesses his keen eye for talent. His impressive stable today includes unbeaten 140-pound sensation Brandun Lee. And if you haven’t heard of undefeated rising star Jaron “Boots” Ennis, then you are missing the ascent of not just a future welterweight champ, but perhaps boxing’s next pound for pound great.

It was Ennis’ father and trainer, Bozy Edwards, who brought Mohammed to Dunkin’s attention.

“I got a text from Bozy and he sent me a tape of Wasiru knocking out the last guy he fought,” Dunkin recalled. “I thought, ‘Oh, he can really fight.’ Because he flattened that poor kid. I saw where he was ranked and knew what he needed. And so I reached out to try and get in touch with him. I ran into John Manfo and I made the deal with John.”

According to Dunkin, the initial plan was for Mohammed to get a few more fights under his belt in Africa before relocating him to the US.

“We had a fight for him in South Africa but that fell out,” said Dunkin. “Nobody wants to fight him. So I talked to John and we agreed to bring him immediately here, get him about three or four fights here in the States and then I think he’ll be ready to challenge the best at 122.”

That is, if anyone can find Mohammed.

“I don’t understand Wasiru anymore because he doesn’t come for training and refuses to take my calls as well,” said Lartey, Mohammed’s trainer.

“No one knows where he is at the moment and it is a pity that he decided to go into hiding at this crucial moment in his career.”

Mohammed’s inactivity has led to him being dropped from sixth to 11th in the WBO super bantamweight rankings. Naturally, his manager is exasperated.

“He is a great fighter with a lot of aspirations but his recent attitude scares me a lot,” Manfo admitted.

“We were looking at getting him a fight to make his ring return but as it stands, we don’t even know where he is and when he will return.”

Lartey blames Mohammed’s decision to go AWOL on external influences who portray themselves to be movers and shakers in US boxing.

“[Mohammed’s] elder brother has convinced him that he could secure him a move to the US to fight and that is one of the reasons why he is misbehaving,” said Lartey. “I have had calls from an interested US-based promoter who wanted to negotiate with me but I told him to contact Mohammed’s manager.”

It’s unclear why Mohammed would go with an unknown entity over Dunkin, who has a proven track record and whose fighters regularly appear on SHOWTIME, the leading boxing network in the United States.

Yet this isn’t unusual in Ghana boxing where many fighters have ditched their manager in favor of a sweet-talking American promising them streets of gold in a land of milk and honey. The likes of Frederick Lawson, Raymond Narh, Anyetei Laryea, Gideon Annor, James Armah and David Odoi Tetteh are among those who wasted their careers after moving to the US without any proper planning.

A similar fate could await Mohammed. For now, Manfo has appealed to the Ghana Boxing Authority (GBA).

“I have reported the matter to the GBA but they are yet to meet him because he is nowhere to be found,” said Manfo. “But whatever the situation, they will have to come out with a ruling. I am waiting.”

So too is the rest of the Ghana boxing world.

OTO JOSEPH LASHES OUT AGAINST “REAL ONE” OLADOSU AND NIGERIA BOXING PREZ
January 15, 2020