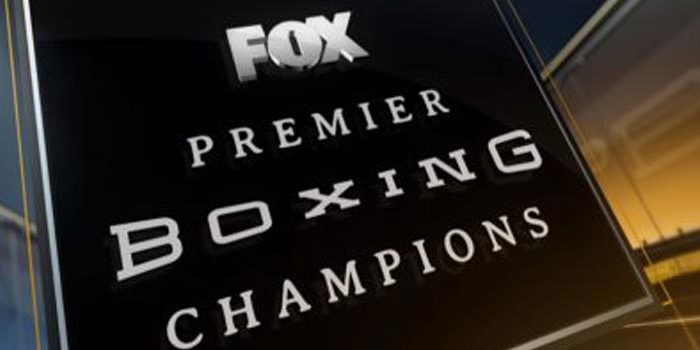 Tickets for the event, which is promoted by TGB Promotions and Warriors Boxing, are on sale now and can be purchased at the Armory at http://ArmoryMN.com/ and through Ticketmaster.

“Saturday, August 7 will feature a jam-packed night of welterweight fights on FOX as boxing’s glamor division takes center stage with three intriguing matchups,” said Tom Brown, President of TGB Promotions. “The main event will see two unbeaten fighters in Cody Crowley and Gabriel Maestre look to announce their presence in the division with a statement win in a toss-up fight. In the two opening fights, rising welterweights Eimantas Stanionis will strive for a big victory against established former champion Luis Collazo and former champion Devon Alexander will look to get back to his winning ways against Luke Santamaría. The Armory in Minneapolis is set to be home to another night of high stakes action from start to finish.”

Representing his native Ontario, Canada, Crowley (19-0, 9 KOs) returns to the ring after a September 2020 triumph over Josh Torres. Crowley’s 2019 run saw him win a Canadian super welterweight title with a 12-round decision over Stuart McLellan in February, before successfully defending that title with a dominant decision over Mian Hussain in October. The 28-year-old returned to fight in the U.S. for the first time since 2016 in his triumph over Torres, after seven of his first eight pro fights came in the U.S.

“On August 7, the world will discover a new welterweight force in the division in Cody Crowley,” said Crowley. “I know that they call Gabriel Maestre the ‘Venezuelan Lomachenko’, but after I beat him for the crown, he will return to Venezuela known as the man who put me in position for my first world championship. I want to thank my team for giving me this huge opportunity. And, most importantly, I want to thank my fans in Canada, the United States and the world who have stuck by me as I’ve awaited this chance to shine in front of a worldwide audience on FOX.”

“I am very happy to make my U.S. debut on August 7,” said Maestre. “This is a wonderful opportunity for me. I have the chance to show the whole world what class I’m in and that I’m a great boxer. I’m excited to begin this journey in the U.S. on my way to becoming a world champion.”

Stanionis (13-0, 9 KOs) has earned a series of eye-catching victories as he has climbed up the ranks from prospect to contender, most recently earning a career-best 12-round decision over Thomas Dulorme in April. The 26-year-old from Lithuania, who now lives and trains in California, looked impressive as he picked up three solid wins in 2019, beating Samuel Figueroa via unanimous decision and scoring early stoppages against Julio Cesar Sanchez and Evincii Dixon. The undefeated welterweight continued to put the division on notice with back-to-back dominating main event performances in November and December 2020, when he notched ninth-round knockouts over Justin DeLoach and Janer Gonzalez respectively.

“I want to prove that I’m going to be the next great welterweight champion, so I know that I have to look impressive and come out victorious against Luis Collazo on August 7,” said Stanionis. “Collazo has faced the best of the best, so this will be a great chance for me to show where I stack up. I always like to bring an exciting fight for the fans, and this fight on FOX is going to be no different.”

An experienced veteran in the welterweight division, Collazo (39-8, 20 KOs) has proven a stiff test over the years for top welterweights such as Keith Thurman, Shane Mosley, Amir Khan, Andre Berto and Ricky Hatton, to name a few. The Brooklyn, New York-native was a world champion in 2005 and has sprung upsets on rising contenders with memorable knockouts of Victor Ortiz and Sammy Vasquez. After triumphing over Bryant Perrella in 2018, Collazo defeated Samuel Vargas in March 2019 and most recently lost a technical decision to Kudratillo Abdukakhorov in October 2019.

“I’m eager and excited to be back fighting on FOX,” said Collazo. “As a fighter, we wait for that call letting you know when you’re fighting and I can’t wait for this one. I believe this will be my last outing, so I am going to bring everything I’ve got come August 7.”

Alexander (27-6-1, 14 KOs) makes his return after a June 2019 defeat to Ivan Redkach stunted a previous comeback attempt that saw Alexander go 1-1-1 in fights over a 10-month stretch. Before that stretch, a period of inactivity saw him seek treatment for an addiction to painkillers and eventually prove an inspiration in returning to deliver exciting fights against Andre Berto, Victor Ortiz and Walter Castillo. The St. Louis, Missouri native had an impressive run at super lightweight and unified titles in that division before scoring victories over Marcos Maidana, Lucas Matthysse and eventually Randall Bailey to capture a welterweight championship.

“I’m very excited and anxious to get back in there after some time off,” said Alexander. “This fight means everything to me, so I’m going into this fight with my back against the wall. I’m treating this like a world title fight. I have a chip on my shoulder because I know for a fact a lot of people are writing me off. They are about to be in for a big surprise. I can’t wait to regain my footing back in boxing as one of the best in the division. It’s been way too long. Plus, August 7 is my mom’s birthday, so that gives me even extra motivation to get her a win on her birthday.”

The 32-year-old Santamaría (11-2-1, 7 KOs) steps into the ring to make his FOX debut after dropping a decision to top welterweight prospect Paul Kroll last October. Santamaria had previously scored an August triumph over veteran contender Mykal Fox that saw him drop Fox in round one of their battle on FS1. The Garden Grove, California native also owns a decision over Willie Jones and a split draw against Marquis Taylor in his 2019 contests. Santamaría was unbeaten in 10 fights since his first loss before facing Kroll, with his only other defeat coming via a four-round decision in his third pro bout in 2015.

“I’m very thankful to my whole team for this great opportunity to compete on FOX,” said Santamaría. “People may say I’m lucky to get this shot, but I believe that luck is just when opportunity meets preparation. We’re never going to stop working and we’re going to keep climbing in this sport, continuing on August 7.”