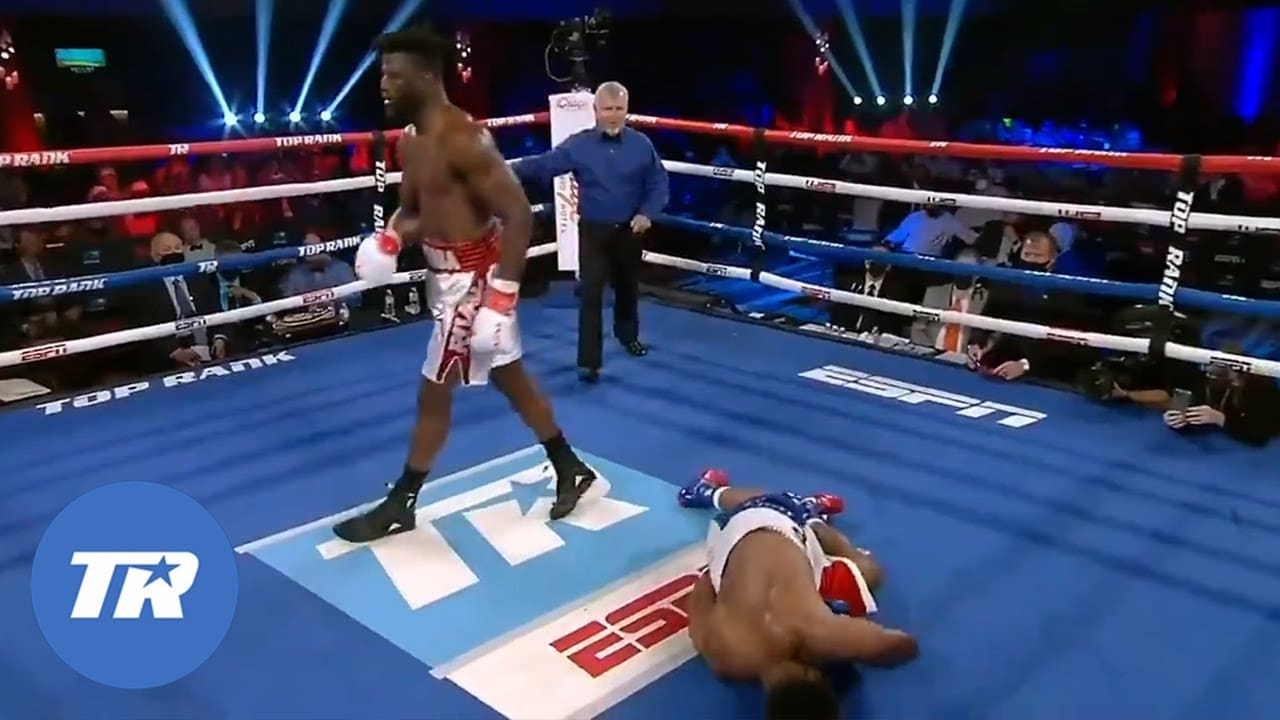 In the third round of a heavyweight bout against Brian Howard, Efe Ajagba unleashed a massive right hand that immediately knocked out Howard. The fight was the co-main event to the Joe Smith Jr.-Maxim Vlasov WBO light heavyweight title fight at the Osage Casino in Tulsa, Oklahoma.

The 26-year-old from Nigeria and fighting out of Houston landed his quickest knockout since he stopped Michael Wallisch in 2019. As soon as Ajagba (15-0, 12 KOs) landed the punch, referee Tony Crebs momentarily thought about giving Howard a 10-count before he immediately dropped to his knees, waved his arms over his head and called for the ring doctor.

In his postfight interview on ESPN, Ajagba said he wanted to set up his right hand with a left jab to the body. Howard (15-5, 12 KOs) stayed on the canvas for several seconds before he finally got to his feet.

The budding prospect said he worked on fundamentals and footwork in the fight camp with trainer Kay Koroma, which resulted in what he called the best training camp of his pro career. That work also resulted in a performance that showed what he might be able to do against better opposition.