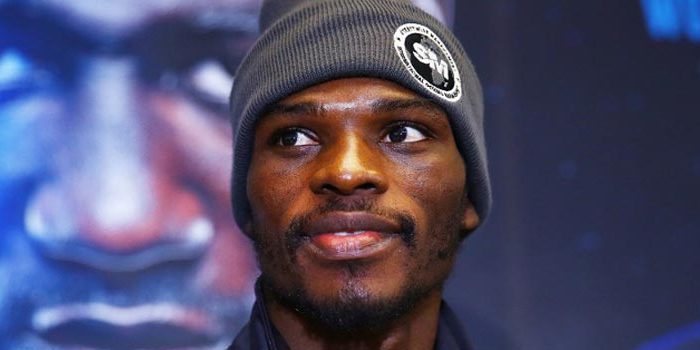 In a written statement dated April 9, 2021, GBA President Peter Zwennes stated that the reason for the ban was “false accusations” and “disparaging remarks” made by Commey against the GBA during an interview with social media channel Kpanlogo Mashi TV.

Commey issued a statement of apology. He then met the GBA in person on March 31, 2021, to apologize again and address the issue of his comments. However, the GBA did not feel it was enough. In their statement, they write:

“We refer to the proceedings of the Ghana Boxing Authority Disciplinary/Arbitration Committee Session held on Wednesday the 31st day of March, 2021 at which you appeared in response to the Summons to show cause why you should not be sanctioned for the false accusations and disparaging remarks you made about the GBA Executive in the interview you recently granted Kpanlogo Mashi TV in the United States of America.

“Notwithstanding the seriousness of your misconduct the GBA took cognisance amongst others of your admission of guilt, the apology you rendered (albeit half hearted and not contrite) as well as the intervention of Nii Tackie Teiko Tsuru II the Ga Manste in mitigation of your sentence.

“For your sanction the GBA hereby imposes on you a total ban from all GBA organised functions and related activities for a period of Two (2) years commencing the 31st day of March, 2021. It is hoped that the haughty and arrogant posture that you have adopted towards fellow members of the Boxing fraternity in recent times will cease in the aftermath of this decision”.

Commey, 34, (30-3, 27 KOs) is currently vacationing in Ghana although he is based in the USA. He is not licensed by the GBA nor under their auspices. He last fought in Ghana in March 2017.

Commey was recently named Goodwill Ambassador of the United Nations Association of Ghana Commission for Women and Children Affairs (UNACWCA). He is expected to return to the ring in June.

His last fight was a sixth-round stoppage victory of Jackson Marinez on February 13, 2021, at the MGM Grand in Las Vegas.

In an apology letter on February 26, 2021, Commey described his comments as unfortunate and promised to avoid similar utterances in the future.

“It has come to my attention that in a recent interview I may have caused offence to the GBA and others in the boxing fraternity by using certain words which now I realise were inappropriate. I wish to apologise to the GBA and to all concerned. I realise that in my position as a role model to many I have to be mindful of my actions,” parts of the letter read.

“In future I will refrain from airing certain views in public and deal with them diplomatically and appropriately. There are certain things that I am unhappy with and on my return to Ghana along with my team we will deal with them in the correct way,” it ended.