Britain’s Patel dominated the action, flooring Kisaware in the fifth and again in the seventh before the bout was mercifully stopped in this main event on a Soaq Empire Promotions card. 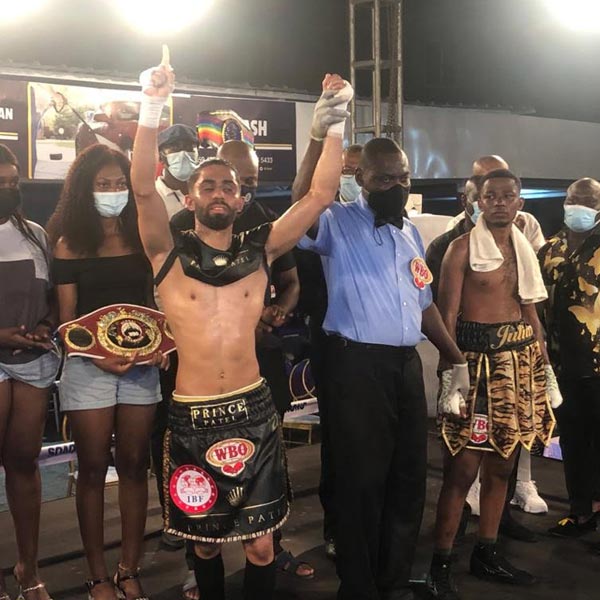 “I am now happy to be returning to the United Kingdom with all these belts,” Patel told BoxingAfrica.com.

“My plan was to work on his body and it worked perfectly because I could feel the hurt in his face whenever I get there. It is now time to return to my mother in the UK with the titles and then I will return to training as soon as possible.”

Patel was the aggressor from the opening bell, targeting the ribcage of Tanzania’s Kisaware, who struggled to cope with the attack.

Kisarawe (33-8-1, 16 KOs) attempted to retaliate in the second but his punches lacked steam. The third and fourth rounds featured several exchanges, all of which were won by Patel.

The first knockdown occurred in the fifth, when a Patel left hook capped off a vicious onslaught and dropped Kisaware. He managed to beat the count and escape to hear the bell although Patel landed a number of good shots.

Patel continued to target Kisaware’s body in the sixth, breaking him down slowly. The Tanzanian resorted to clinching, doing little to make the bout competitive.

The pace slowed in the seventh until another series of shots dropped the fading Kisaware again. Referee May Mensah Akakpo could have ended the bout there. However, Kisaware beat the count and managed to finish the round. c

It was an all Patel affair in the eighth and ninth rounds as a tired Kisarawe opted to run around the ring. Patel chased after him, landing a big right which sent his opponent to the ropes. The punishment was enough for referee Akakpo to end proceedings in the ninth.

According to ringside doctor Samuel Quaye, Kisaware suffered an injury to his nose.  t

“He has a problem with his nose but I don’t know the extent of the injury and he must go for an x-ray examination before he leaves Ghana,” Dr. Quaye told BoxingAfrica.com. 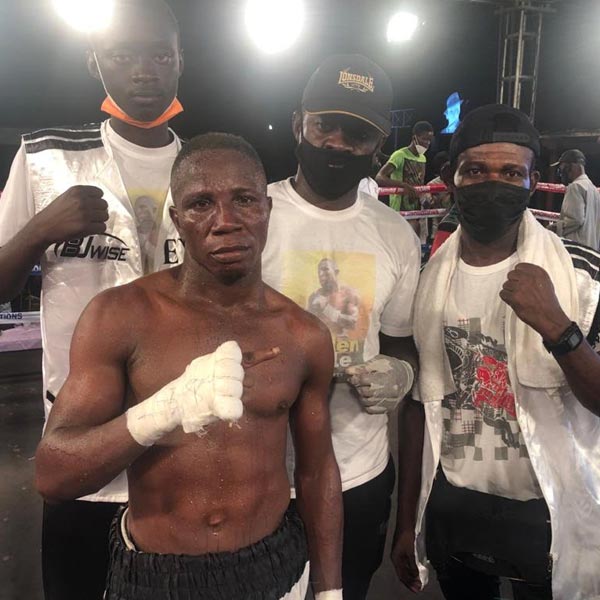 In a one-sided bout, Sackey won 120-108 on all three judges’ scorecards to make his long-awaited return an impressive one.