Unbeaten super featherweight Joshua Wahab is ready to stretch his wings beyond the African continent and make a name for himself worldwide.

A press conference was held last Friday at Golden Tulip Hotel in Accra to announce that Wahab has signed a three-year promotional deal with DiBella Entertainment.

Wahab, a Nigerian who trains out of Ghana, was joined by stablemate Richard Commey who is currently vacationing in his native country after stopping Jackson Marinez in six rounds in February.

The plan calls for Wahab to relocate to the US immediately, where he’ll study under renowned trainer Manny Robles prior to making his American ring debut.

Robles, who is one of the coaches for the US amateur team, also trained Andy Ruiz Jr. when he shocked the boxing world with an upset TKO win over Anthony Joshua in June 2019 to become heavyweight champion. Wahab’s manager, Amoo-Bediako, is hoping for similar results. 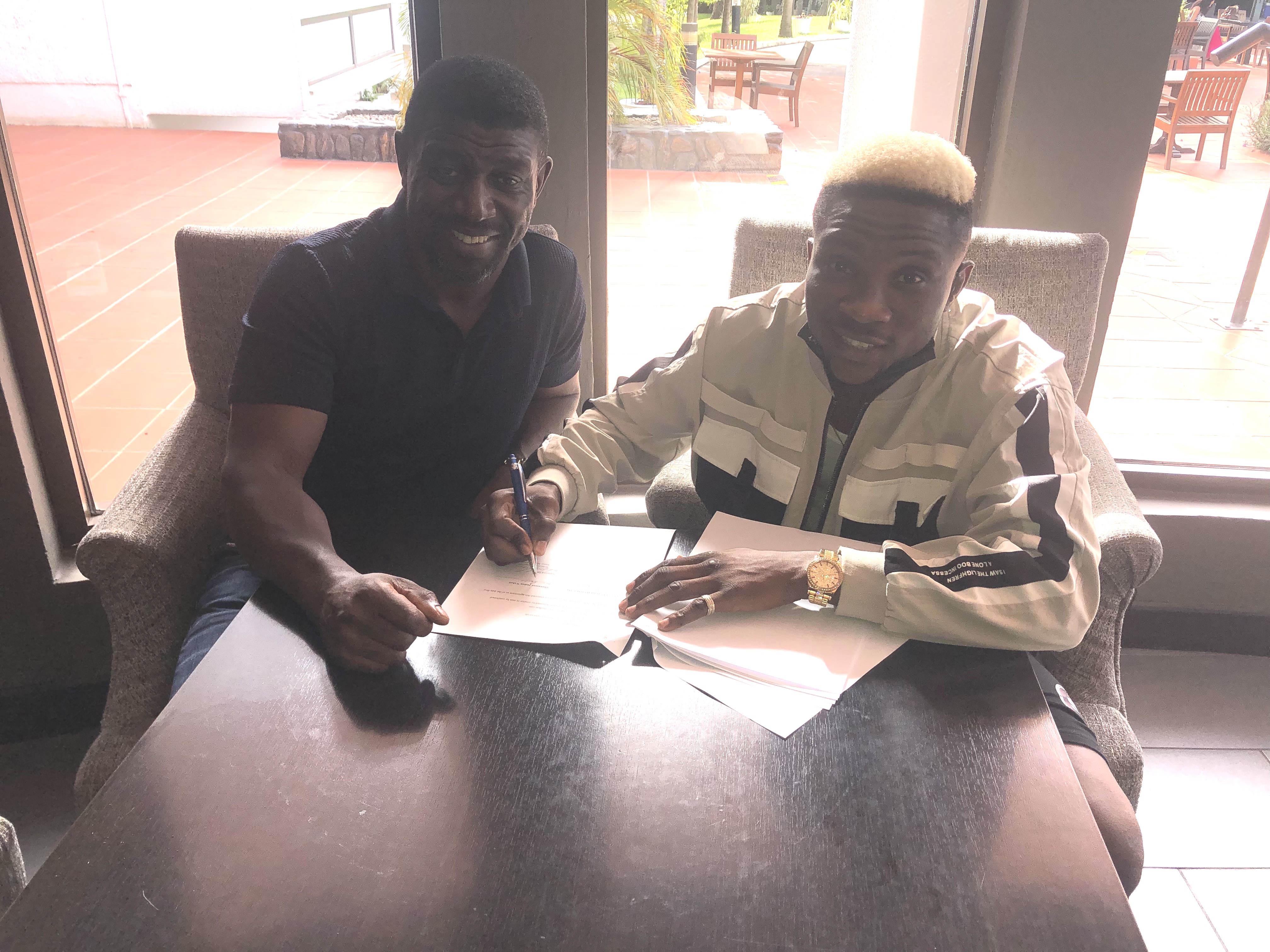 “It is a good deal for Wahab. He will have the chance to be fighting in America under one of the best trainers in the world,” Amoo-Bediako told BoxingAfrica.com.

“Wahab will leave Ghana for the US as soon as we can finish his paperwork. We have been monitoring his exploits and we believe this is the right chance for him.”

Wahab (20-0, 13 KOs) has pledged to watch and study Commey who also moved to the US and proven successful.

“It is a dream come true for me because I have longed for this opportunity all my lifetime and I want to assure my manager that I will never disappoint him,” he told BoxingAfrica.com.

It has been a long road for the undefeated Wahab. The 23-year-old grew up in Lagos where he first came into contact with boxing at age nine when his elder brother took him to a gym.

In 2014, he relocated to Ghana in search of better opportunities. In Accra, he met local trainer Charles Quartey. The rest is history.

“I was pursuing a career in traditional dancing before moving to Ghana,” Wahab recalled. “I used to run to the Korlegonno Beach a lot and on one of my usual visits, I met a Good Samaritan who was interested in my training and introduced me to my trainer here in Ghana.”

The respected Quartey owns Charles Quartey Boxing Club at Timber Market in Accra. He developed Wahab and made him a professional months after meeting him in 2014.

“I have been with Wahab for years and I know what he is capable of doing. He trains a lot and that is one thing that has really helped him,” said Quartey.

“He has everything to become a world champion and I believe he will make all of us proud when he starts his journey in the US.”

Wahab has pledged not to let Quartey down.

“Charles Quartey took me into the gym and treated me like his son. I know what he has done for me and my career and all I can do is to reward him with success,” he said.

“This whole career was nurtured by him and I am going to miss him but we will stay in touch while I am away. I will be visiting him whenever I am in Ghana from time to time.”

Wahab has been largely inactive in recent years, having fought only three times in the past four years. He had been out of the ring for 18 months before returning in March with a fifth-round TKO victory over Emmanuel Allotey.

Commey advised Wahab to stick to his hard-working ways and to avoid the pitfalls that have ensnared so many boxers. Using himself as an example, the Ghanaian explained that he had to prove himself when he signed on with DiBella Entertainment.

“When I signed with Lou DiBella, my first fight was against Alejandro Luna. He was undefeated and very dangerous but I stopped him and that helped me a lot,” Commey said of six-round destruction of Luna in March 2018.

“Many people at ringside believed in me after that big win and it led me to become a world champion. That is what will be required of Wahab. I believe he will deliver.

“So many challenges will come his way but he has to stay strong and fight back because that is what makes one a world champion.”

According to Wahab, that’s his plan.

“I believe with my management behind me, I will continue working hard to achieve success in the sport that I cherish so much,” he said.

“That is the only way to become a champion.” 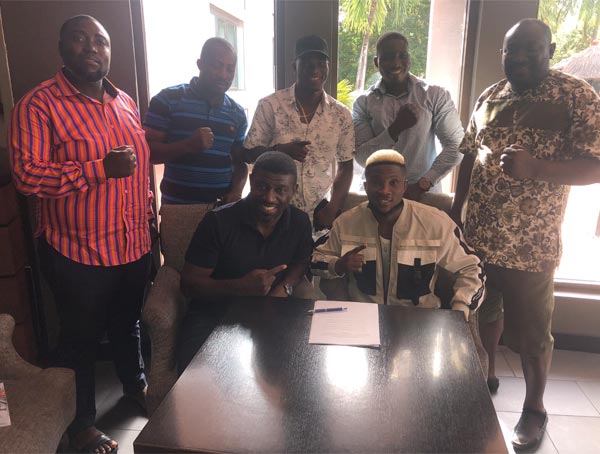