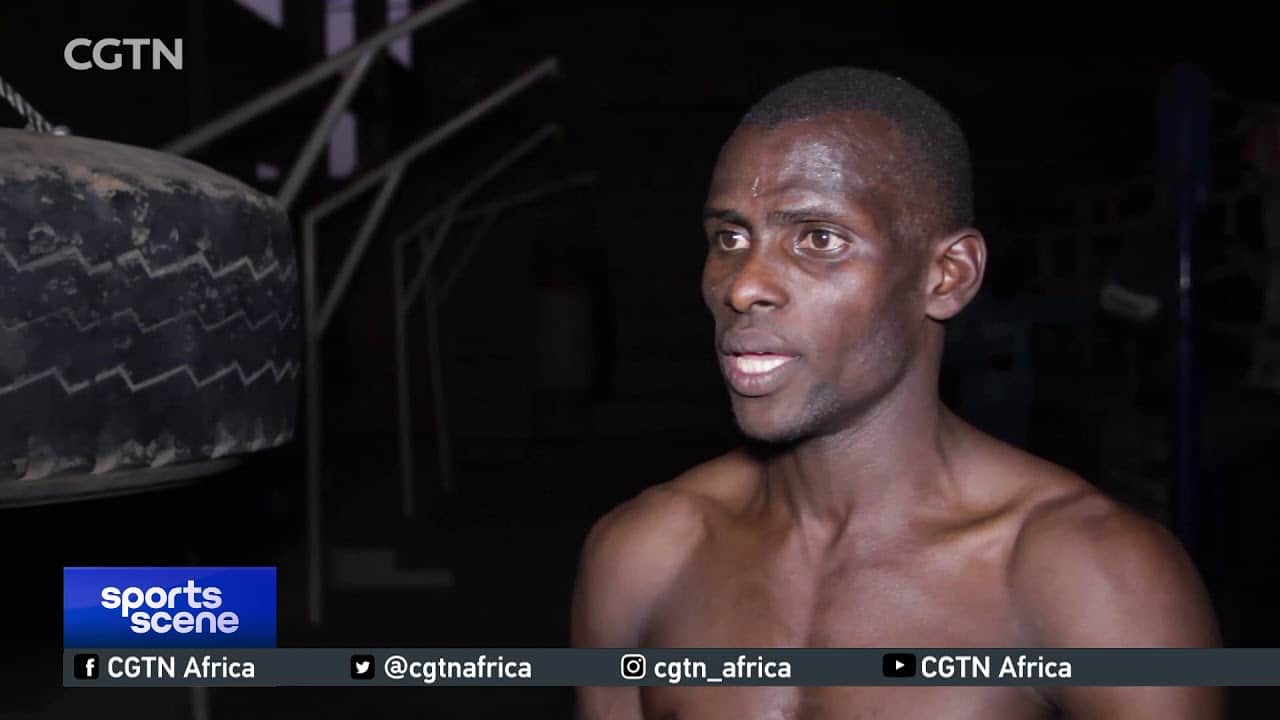 Freshly minted Heritage Boxing Entertainment champion, Moussa Sahabi Gado from Niger is still basking in the glory of winning the title from Nbolo Excellence from Nigeria who had held the belt for four years.

Flyweight Moussa Sahabi launched his boxing career from the humble beginnings of the A-S-J-L-N Boxing Club in Niamey, Niger in 2011. Eight years later, he had progressed to representing his country at the 2019 Pan African Games where he finished fifth.

And in January this year, the 22-year-old fighter won the coveted H-B-C African flyweight belt.

Moussa Sahabi, Africa Boxing Champion: “Here in Niger, I box in 3 categories. I box in 52kgs, 56kgs and 60kgs. But on the international level, I box in 52 kgs. I was very happy to have won this title. Moreover, I defeated the title holder in the quarter-final. So it’s a great performance and an honor for me and my country. Being an African champion, it is thanks to my coaches who make me work hard and support me a lot.”

Sahabi is scheduled to put his belt on the line against a challenger from Benin in 3 months’ time. The Niger boxer is not ready to relinquish his title.

“I think it will be very easy for me to defend my belt. I say this because I’m going to work harder. I’m going to multiply by 3 or 4 the exercises. I won the belt against a champion and Adam wants to take it away from me, but it’s impossible. Adam is a boxer I know. I faced him in 2018 during the African Zone II championships. I know him very well and I know that I am better than him,” Moussa Sahabi said.

His coach, Abdoulaziz Ousseini tipped Salabi to dominate his division for years to come.

Abdoulaziz Ousseini, Moussa Sahabi’s Coach: “Moussa is a boxer who has the will to work and we count on him. We will keep this belt for more than ten years God willing. Because among all the boxers in his category, I think he is the best here in Africa and even in Europe. I have no doubt that it will be very difficult to beat him.”

The emergence of Salabi has turned the spotlight on Nigerian boxing that faces challenges due to under-development. This has, however, not deterred the champion from advancing his dreams in the sport.

Moussa Sahabi, Africa Boxing Champion: “We have a shortage of gloves, fighting shoes, punching bags, and other equipment. We lack many things. Financially, we also have problems. Today I’m a champion but I don’t have any money. I even use a bicycle as a means of transport. This year I have the ambition to qualify for the Olympic Games and I will do everything I can to achieve this with the grace of God. ”

Following his groundbreaking H-B-E African title victory, Salabi is on a mission to be Niger’s sporting ambassador as well as engaging local authorities to support aspiring boxers.