Streetwise Management CEO Michael Amoo-Bediako can barely contain his excitement when he discusses the company’s future.

Nearly 700,000 Americans tuned in to watch Commey’s performance. The win puts him back firmly in the conversation of big fights that have been discussed for the 135-pound division. BoxingAfrica.com caught up with Amoo-Bediako to discuss what’s next for Commey, the state of Ghana boxing and a sneak peak into the future of Streetwise Management.

I thought Richard started off really well. The plan was to take his time and work his way into the fight as we knew Marinez was a tricky customer and it might take a while for Richard to catch up with him, especially being out of the ring for 14 months. As the fight went on you could see that Richard’s power was beginning to cause Marinez problems and it was only a matter of time before he caught up with him. Marinez started holding which you could see was frustrating Richard but once he figured him out there was only going to be one outcome.

All in all, it was a good performance given the long layoff and also the fact that the fight was elevated to the main event which can bring its own problems. I think now that Richard has got this fight out of the way he will improve in is next fight.

On the importance of Commey’s win for Ghana…

Richard carries the hope of a nation in more ways than one. The ration of talent to achievement is very poor. Ghana should have more fighters competing at the highest level but it’s just not the case. I have been campaigning for change for a number of years but my efforts fall on deaf ears so the only way we can get people to take notice is by getting Richard major opportunities as we did in Las Vegas and Richard putting on the performances like he did.

Through our Streetwise Foundation—of which Richard is the global ambassador—we are trying to raise the profile of Ghana boxing and at the same time help the infrastructure of the boxing fraternity which has proved challenging. So victories such as Richard’s are a major boost and help bring awareness to the cause.

To be honest, apart from the people closest to us the feedback was nearly non-existent. Apart from Bernard Neequaye, Nathanial Attor and Yaw Winfred, no other sports journalist contacted me regarding the fight. There was very little coverage or exposure of the fight in Ghana which was very disappointing.

The only way we are going to grow the sport in the country is to expose the sport to a wider audience and in turn that should bring investors and sponsors into the sport. What better way than having one of our own boxers, Richard Commey, headlining a show in Las Vegas at the world famous MGM Grand where the great Floyd Mayweather held most of his PPV record breaking fights?

If we can’t celebrate that, then what chance have we got raising the profile of the sport in Ghana? I do feel that there are some fractions in the boxing fraternity in Ghana that frown upon our success. They are a cancer and until they are cut out it will continue to be very difficult for us to succeed in bringing boxing to its rightful place at the top of Ghanaian sports. 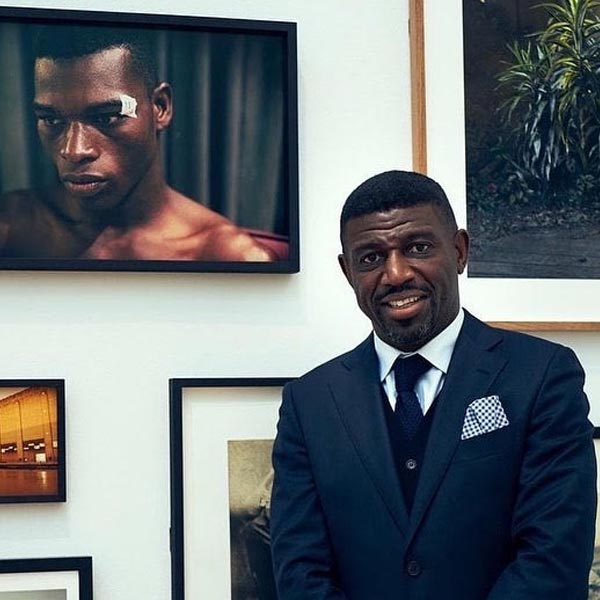 I would like to think that we could get Richard out again around about June time. To be honest, it’s Richard’s dream to be a two-time world champion so it’s not so much as who we are targeting but more of a case of what path leads us to Richard getting a title shot. As everyone can see, Richard has never been afraid to fight anyone and, unlike some fighters in the division who are picking and choosing who they wish to fight–and are clearly avoiding Richard–I will do everything in my power to make sure Richard, whatever path it is, gets his world title shot.

Again, Richard is not fussed who he fights and has not expressed a desire to fight anyone in particular. He just wants to be a world champion again. Other fighters want more Instagram or Twitter followers, Richard wants to be a champion for his people!

On Commey moving up in weight…

As long as he feels comfortable making the weight. But I will say that once he become champ again at 135-pounds we will look at the possibility of moving up to 140-pounds to be a two-weight world champ which is something Richard and I have discussed.

Richard is promoted by [Lou] DiBella but we had a four-fight deal with Top Rank which came to an end with the Marinez fight. I will be speaking with Lou DiBella in the near future to see where we go from here but I must say the relationship Team Commey has with Top Rank has grown over the four-fight deal and there is a mutual respect and we feel a willingness to continue working together but this is boxing and you never know what’s round the corner.

On other Streetwise Management initiatives…

I am working on signing some fighters from Ghana, Nigeria, Belgium and the UK. I am in the middle of completing certain deals so I do not want to mention any names until I get them over the line. I am also working on some promotional collaborations in certain parts of the world. Again, I cannot disclose as of right now but hopefully will be something good for African boxing and once complete BoxingAfrica.com will be the first to know.