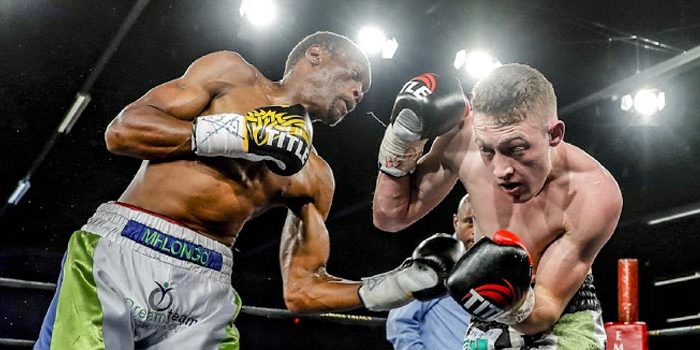 Zandile Malinga says she is elated that she will host her favourite boxer – the stylish South African middleweight champ Nkululeko “Bulldog” Mhlongo in her tournament in Durban on February 27 after having followed his career for many years.

Malinga conducts her boxing business under the banner of Starline Boxing Promotion (SBP) which will present Mhlongo from Eshowe with his first pro-boxing match at home. The former undefeated SA junior middleweight holder, who is promoted in the Free State by Lebo Mahoko,  has been in the professional ranks since 2004.

Mhlongo, 34, is based in Vosloorus, East Rand, and is trained by Vusi Mtolo ftom Clermont in Durban.

“I am on cloud nine,” declares Malinga. “I have driven to where Nkululeko fought just to show you how much he means to me. He is the best boxer KwaZulu-Natal has ever produced. What more do you need? He got skills, tenacity and heart and is an entertainer of note.”

Mhlongo became popular for unique style of fighting with one hand while hiding the other behind his back. But he does that once he has establishes a points lead. He will take on John “Section 29” Bopape from Alexander, east of Johannesburg, where he is trained by Bushy Mabele.

Malinga added: “Nkululeko is what you need for boxing. If you say young ones must learn about boxing, Nkululeko is that person to teach them about the beauty of this sport. You know to a lot of people boxing is about two fighters exchanging blows, when actually there is science behind everything. You get to see that when you watch Nkululeko, who picks and mixes his variety of punches accordingly. I can’t wait for the day to watch him in action. I am excited. If he has fans, then I am No 1.”

Mhlongo last fought in 2019 when he pulverised Walter Dlamini into submission in five rounds for both the SA and WBA Pan African middleweight belts.

Malinga’s tournament is bankrolled by the KwaZulu-Natal provincial government. She said the suggested venue is Greenwood Park Hall. In the main supporting bout, Sthembiso Maduna, who is trained by the promoter’s husband, Xolani Malinga, will welcome Jeff “911” Magagane from Jozi in the ABU SADC lightweight championship.