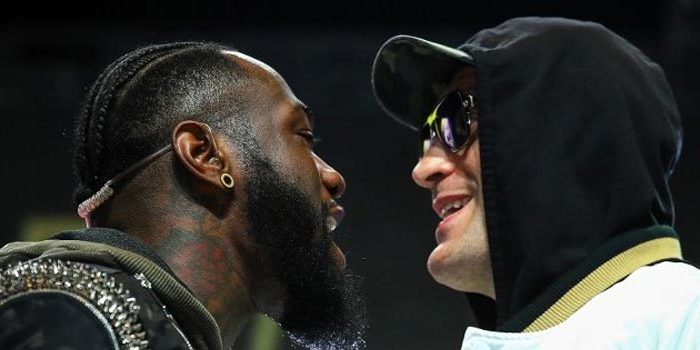 Deontay Wilder is determined to get the last word on his fight with Tyson Fury.

Wilder has doubled down on his claim that Fury cheated in order to win the WBC heavyweight title back in February, saying on the “Last Stand Podcast with Brian Custer” on Monday that he wasn’t the better fighter.

“He cheated, he flat out cheated. That wasn’t the best man. That was the coward of a man,” Wilder said. “He got a long reputation of cheating, and this right here is nothing less of him. I mean, he is known, a known cheater. So, if you are known to be a known cheater, why are you going to stop now?”

In their first fight in 2018, Wilder came in as the undefeated defending WBC heavyweight champion. It ended in a controversial split decision but Fury came back and beat him in seven rounds back in February.

Wilder has attributed his loss to a number of reasons including the weight of his pre-bout costume, fighting injured, Fury opponent putting weights in his gloves and, most recently, claiming that his water was spiked.

But Wilder has not let up, saying, “He definitely wasn’t a better man and that fight and you know it’s sad that you know, I am so great in the sport that they had to cheat me to beat me.”