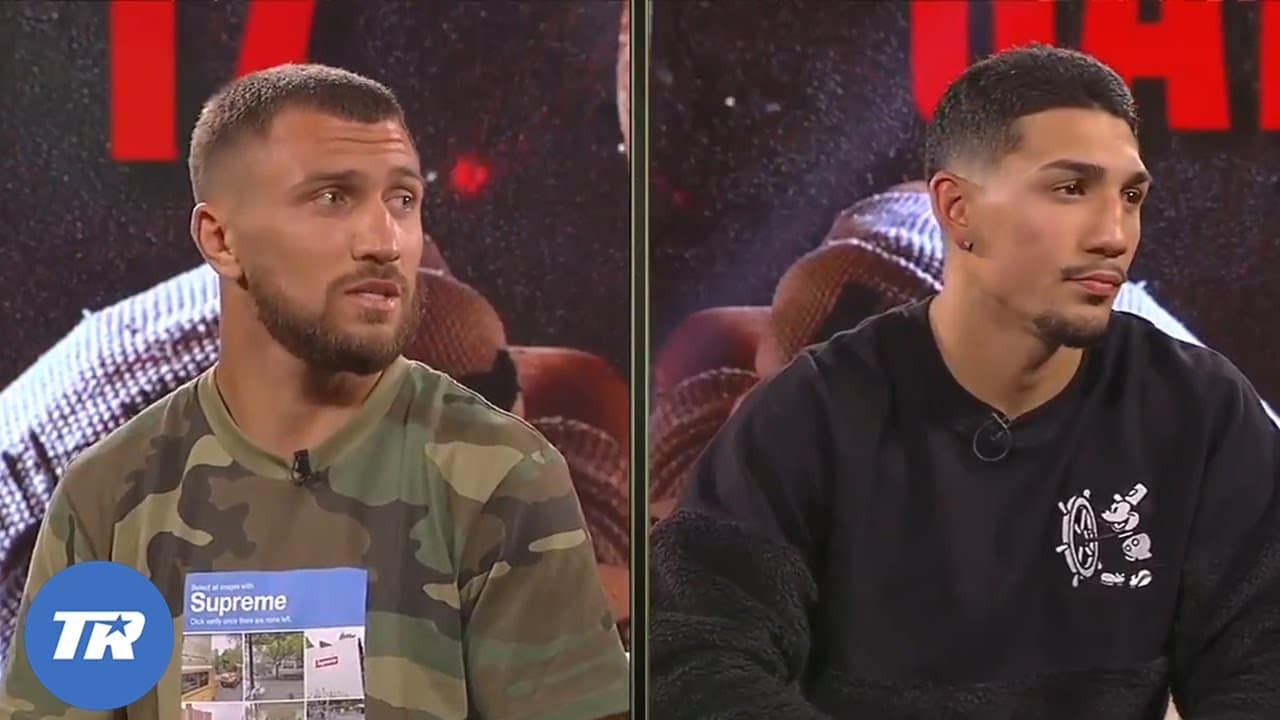 One of the biggest boxing event of the fall occurs Saturday, October 17 when WBC Franchise/WBA/WBO World Champion Vasiliy Lomachenko and IBF kingpin Teofimo Lopez clash in a lightweight unification showdown live from the MGM Grand Hotel & Casino in Las Vegas.

Lomachenko and Lopez had not been in the same room since last Dec. 14, the night Lopez knocked out Richard Commey to win his world title. Shortly after that sensational knockout, Lomachenko entered the ring and welcomed Lopez to his club.

The lightweight champions sat 12 feet apart on a stage inside the ring. The tension never boiled over, but it was palpable.

This is what they had to say:

“I won’t know {how the layoff will impact me} until Saturday night. I have never been out of the ring for one full year like this. Ever. I don’t know how it will be.”

“I think it’s just a ring and judges and TV. That’s it. And, of course, four belts.”

“I’m thinking only about my future fight and the fight on Saturday. That’s it.”

“Hard work pays off. Eighteen years in, and it’s just the beginning, You haven’t seen anything yet.”

“The Takeover is not just a phrase we throw out there. This is the part where I’m leading the new generation. Winning this is a stamp and a mark to put on for the new era.”

“Get your popcorn ready and just enjoy the show. It’s ‘The Takeover.’”