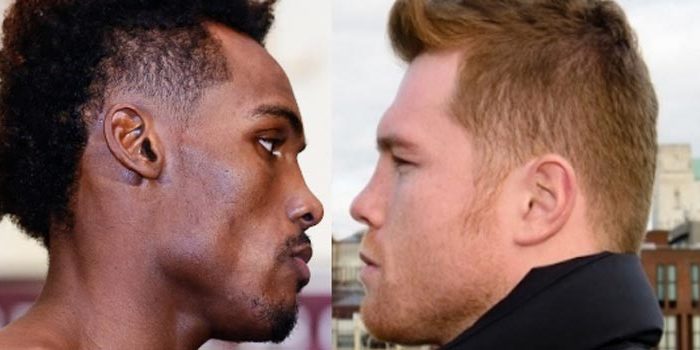 Eddy Reynoso, head trainer of Mexican superstar Saul “Canelo” Alvarez, has not ruled out the possibility of his boxer returning to the ring before the end of the year.

Canelo was scheduled to fight back in May, but the event was canceled due to the coronavirus pandemic.

Then his fall return was pushed back, as the boxer filed a lawsuit against his promoter Golden Boy Promotions, and the DAZN streaming app, which has an exclusive deal with the Canelo.

At the moment, there is no fight on the horizon, but Reynoso says his boxer could be ready in four weeks for a scheduled fight.

Canelo is still staying busy in the gym and keeping his body in shape.

“We are really working as if we were going to fight, we have always had that criterion, you have to be in the gym for whatever comes, so we have confidence that we can do something before the end of the year, and if not, well, to fight in the early months of the following year, that’s why we are active and we are working in the gym daily,” Reynoso said to ESPN Deportes.

He believes Spence, a unified champion at 147, would be too tough to make at the moment due to weight. On the other hand, he’s impressed with the recent performances by Charlo and likes the idea of that fight in the upcoming year.

“With what Spence says [about facing Canelo at middleweight], it would be a good fight, it’s difficult [to make] because of the weight [difference]. To begin with we have to see how [Spence] returns [after the accident].. I don’t think we can make 160-pounds right now after a year without fighting… these are factors that can be complicated,” Reynoso said.

“Plant has been showing that he is a very good fighter at 168. Smith is at 168, it was shown the last time he fought… that in my opinion he did not win the fight [with John Ryder]. I don’t think he can handle [making] 168-pounds any longer. Charlo has been rising, he has been advancing, it would be a big and important fight, but that fight has to take place next year.”