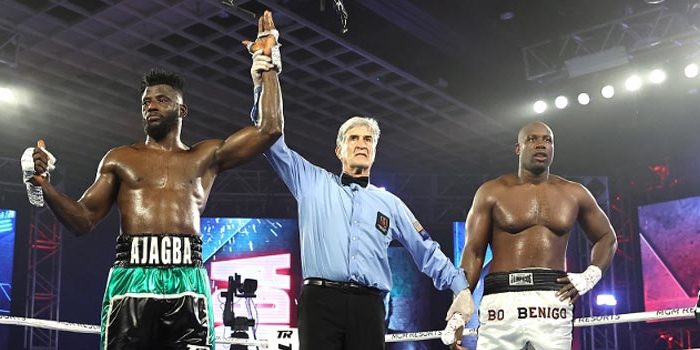 Judge Max DeLuca had the bout 98-92, while judges Adalaide Byrd and Dave Moretti scored it 99-91 in favor of Ajagba.

This was Ajagba’s first bout under Bob Arum’s Top Rank outfit and with new trainer Kay Koroma. However, the transition may need more work as Ajagba got hit more than he would have liked and failed to land much of significance other than the jab.

Ajagba did his have moments as a right hand in the second pushed Rice back. But Rice returned the favor, landing a solid right hand in the third. Rice continued to land the right in the fourth, forcing Ajagba to stick with his jab for much of the bouts remainder.

It proved effective as Rice couldn’t get past it. However, the underdog’s best moment came in the ninth, when he appeared to briefly stun Ajagba with a hard counter right. His momentum was short-lived. Ajagba went back to working the jab in the 10th, on his way to winning a decision and improving to 14-0 (11 KOs). The unheralded Rice is now 13-6-1 (9 KOs).